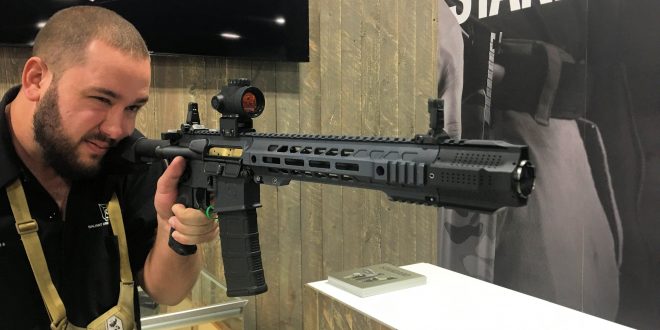 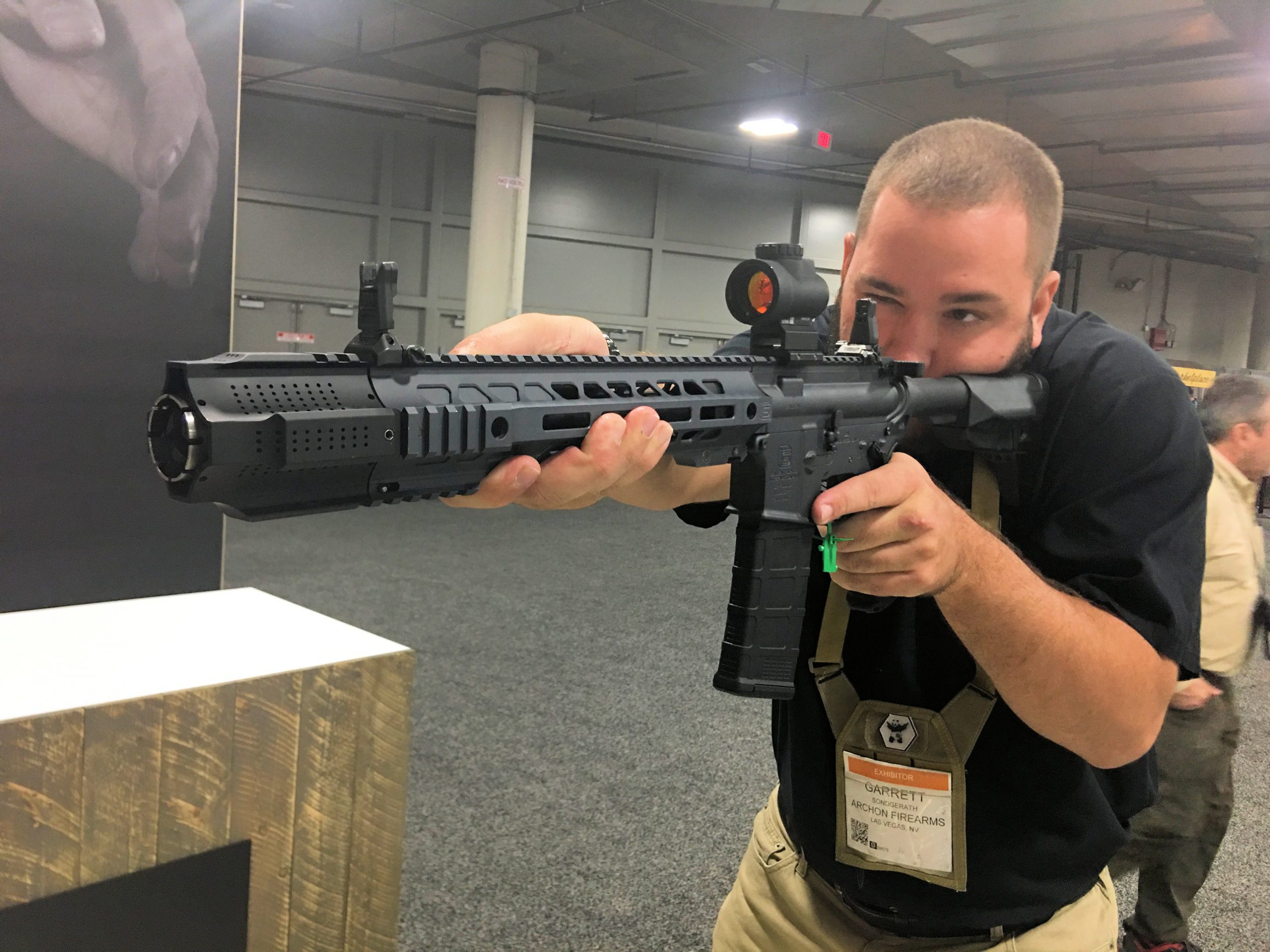 Looks like California’s “assault weapons” ban, or AWB for short, just may have just hit the Consitutional WALL late Friday thanks to two people, plaintiff James Miller, and California Southern District Judge Roger T. Benitez. In Benitez’s decision, he called California’s rather Draconian assault weapons ban, which affects its residents’ ownership of very popular AR-15 rifles and carbines, “a 30-year-old failed experiment” that’s infringed on “what should be a muscular constitutional right.” Huh, now THAT’S interesting. And that’s not ALL, Monty. Oh, no. Judge Benitez continues, “Government is not free to impose its own new policy choices on American citizens where constitutional rights are concerned.” BAM. Mike drop.

Like the Swiss Army Knife, the popular AR-15 rifle is a perfect combination of home defense weapon and homeland defense equipment. Good for both home and battle, the AR-15 is the kind of versatile gun that lies at the intersection of the kinds of firearms protected under District of Columbia v. Heller, 554 U.S. 570 (2008) and United States v Miller, 307 U.S. 174 (1939). Yet, the State of California makes it a crime to have an AR-15 type rifle. Therefore, this Court declares the California statutes to be unconstitutional.

Succinct, and to the point.

Then, Benitez laid out some truth about actual, real weapons-related homicide statistics vs the mainstream media’s anti-gun histrionics and false narratives: 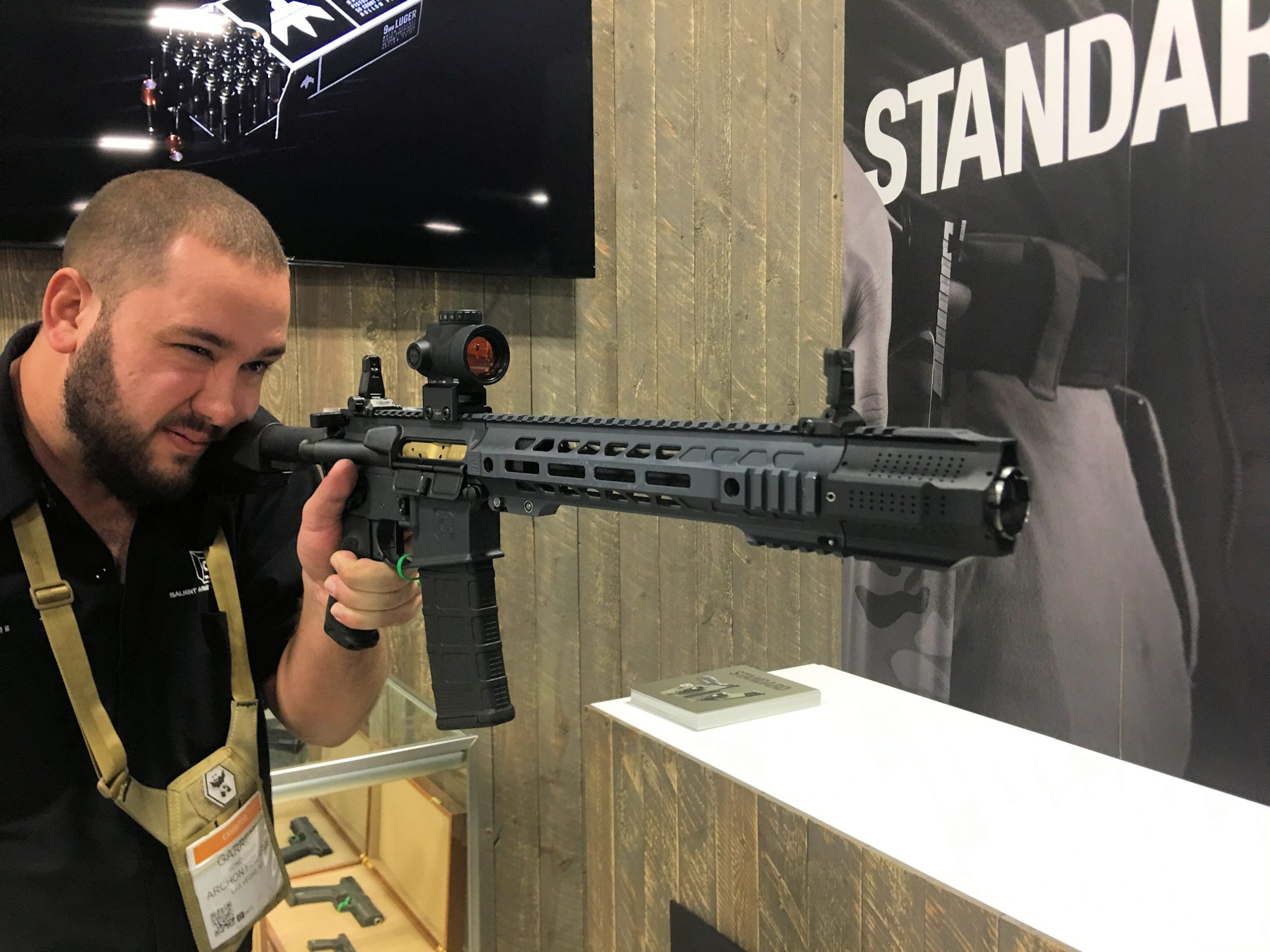 This case is not about extraordinary weapons lying at the outer limits of Second Amendment protection. The banned “assault weapons” are not bazookas, howitzers, or machineguns. Those arms are dangerous and solely useful for military purposes. Instead, the firearms deemed “assault weapons” are fairly ordinary, popular, modern rifles. This is an average case about average guns used in average ways for average purposes. One is to be forgiven if one is persuaded by news media and others that the nation is awash with murderous AR-15 assault rifles. The facts, however, do not support this hyperbole, and facts matter. Federal Bureau of Investigation murder statistics do not track assault rifles, but they do show that killing by knife attack is far more common than murder by any kind of rifle. In California, murder by knife occurs seven times more often than murder by rifle. For example, according to F.B.I. statistics for 2019, California saw 252 people murdered with a knife, while 34 people were killed with some type of rifle – not necessarily an AR-15. A Californian is three times more likely to be murdered by an attacker’s bare hands, fists, or feet, than by his rifle.In 2018, the statistics were even more lopsided as California saw only 24 murders by some type of rifle. The same pattern can be observed across the nation.

You might not know it, but this case is about what should be a muscular constitutional right and whether a state can force a gun policy choice that impinges on that right with a 30-year-old failed experiment. It should be an easy question and answer. Government is not free to impose its own new policy choices on American citizens where Constitutional rights are concerned. As Heller explains, the Second Amendment takes certain policy choices and removes them beyond the realm of permissible state action. California may certainly conceive of a policy that a modern rifle is dangerous in the hands of a criminal, and that therefore it is good public policy to keep modern rifles out of the hands of every citizen. The Second Amendment stands as a shield from government imposition of that policy.

There is only one policy enshrined in the Bill of Rights. Guns and ammunition in the hands of criminals, tyrants and terrorists are dangerous; guns in the hands of law-abiding responsible citizens are better. To give full life to the core right of self-defense, every law-abiding responsible individual citizen has a constitutionally protected right to keep and bear firearms commonly owned and kept for lawful purposes.

Predictably, Democrat California Governor Gavin Newsom did some serious pearl clutching after the decision, calling it a “direct threat to public safety and the lives of innocent Californians.” Isn’t this the same guy who’s allowing the early release of 76,000 inmates, including violent felons? That’s him, right?

Judge Benitez has granted a 30-day stay to give California Attorney General Rob Bonta time to appeal the decision. This should be fun to watch.

You can read the full decision here.

All this comes on the heals of the Caniglia V. Strom decision, in which the US Supreme Court voted unanimously to protect Edward Caniglia’s Second and Fourth Amendment Constitutional rights after his firearms were confiscated during a warrantless search.