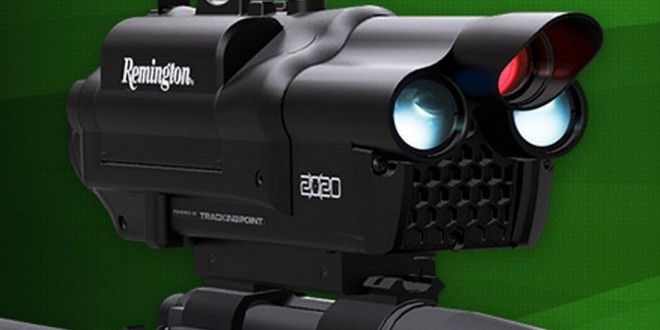 Remington Arms recently launched a new website specifically for the Remington 2020 Digital Optic System (DOS) "smart scope" or "intelligent optic" (DefenseReview's term)–essentially a poor man's TrackingPoint XactSystem Precision Guided Firearm (PGF)–in collaboration with, well…TrackingPoint. One of the key differences between the Remington 2020 DOS and TrackingPoint smart scopes (which DR has covered pretty extensively, already), is that after you mark the target, you apparently can't just pull the trigger than then line the reticle back up with the target, firing the gun automatically. Instead, you have to reportedly put the reticle back on the target and pull the trigger while the reticle is still on it, once you're lined up. The Remington 2020 scope also has a limited range of 500 yards, apparently.

It will be interesting to see how well the Remington 2020 Digital Optic System performs against the TrackingPoint XactSystem PGF scope in a side-by-side sniper test between two equal shooters against both stationary and moving targets (moving at various speeds) at various distances. 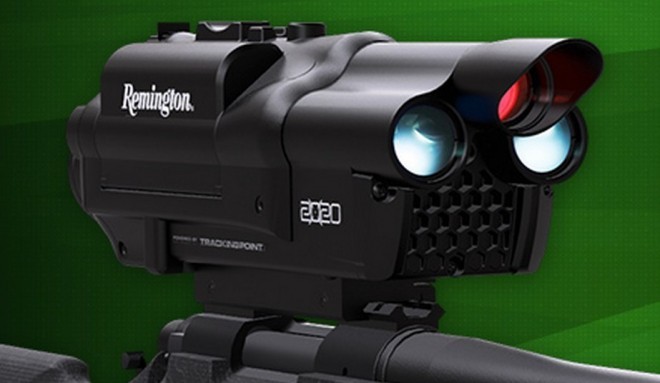 The Truth About Guns (TTAG) is reporting that the Remington 2020 DOS scope alone is rumored to have a manufacturing cost of approximately $3,000 USD, while the "total package"–which DR assumes means scope AND rifle–will come in "somewhere in the $5,000 – $6,000 range" at retail. There would appear to be a bit of disappointment out there at the new scope's 500-yard limitation and it being combined with a non-electronic trigger, at least from one TTAG member:

Unless you can jailbreak the 500Yrd limit and install and aftermarket electronic trigger, you’re better off spending that money on a good rifle and traditional scope, and some range time.

Hey, not everyone's gonna' love ya'. For hunting, the 500-yard range isn't bad. However, it ain't gonna' cut it for a combat/tactical scope, specfically a military sniper optic, especially for Afghanistan. So, DR isn't all that interested in it. This is why we didn't report on it sooner. However, since it's being done in collaboration with TrackingPoint and utilizes some of their revolutionary automatic target-and-track technology, we thought it was at least worth a mention. Understand that the TrackingPoint XactSystem PGF was the very first product we reported on from SHOT Show 2013. There was a reason for that.

For the record, it would appear that The Firearm Blog (TFB) broke the story on this thing.

© Copyright 2013 DefenseReview.com (DR). All rights reserved. This material may not be published, broadcast, rewritten or redistributed without receiving permission and providing proper credit and appropriate links.