On July 13 (2006), DefenseReview reported on the Mini Battle Shield (a.k.a. Mini Combat Shield) being developed by Combat Body Armor (CBA). As we reported before, CBA is also developing a larger/full-size ballistic battle shield/combat that’s approx. four (4) times the size of the current mini shield, and will be able to stop NIJ Level III and NIJ Level IV ballistic threats, according to CBA.  We now have photos of the large/full-size Combat Shield/Battle Shield prototype, as well as some information on it. However, CBA hasn’t yet given DefenseReview permission to make the photos and info on it public. When they do though, we’ll publish them/it.
In the meantime, here are some high-res photos of a Level IIIA prototype MBS/MCS that successfully stopped 9mm and .44 magnum rounds… 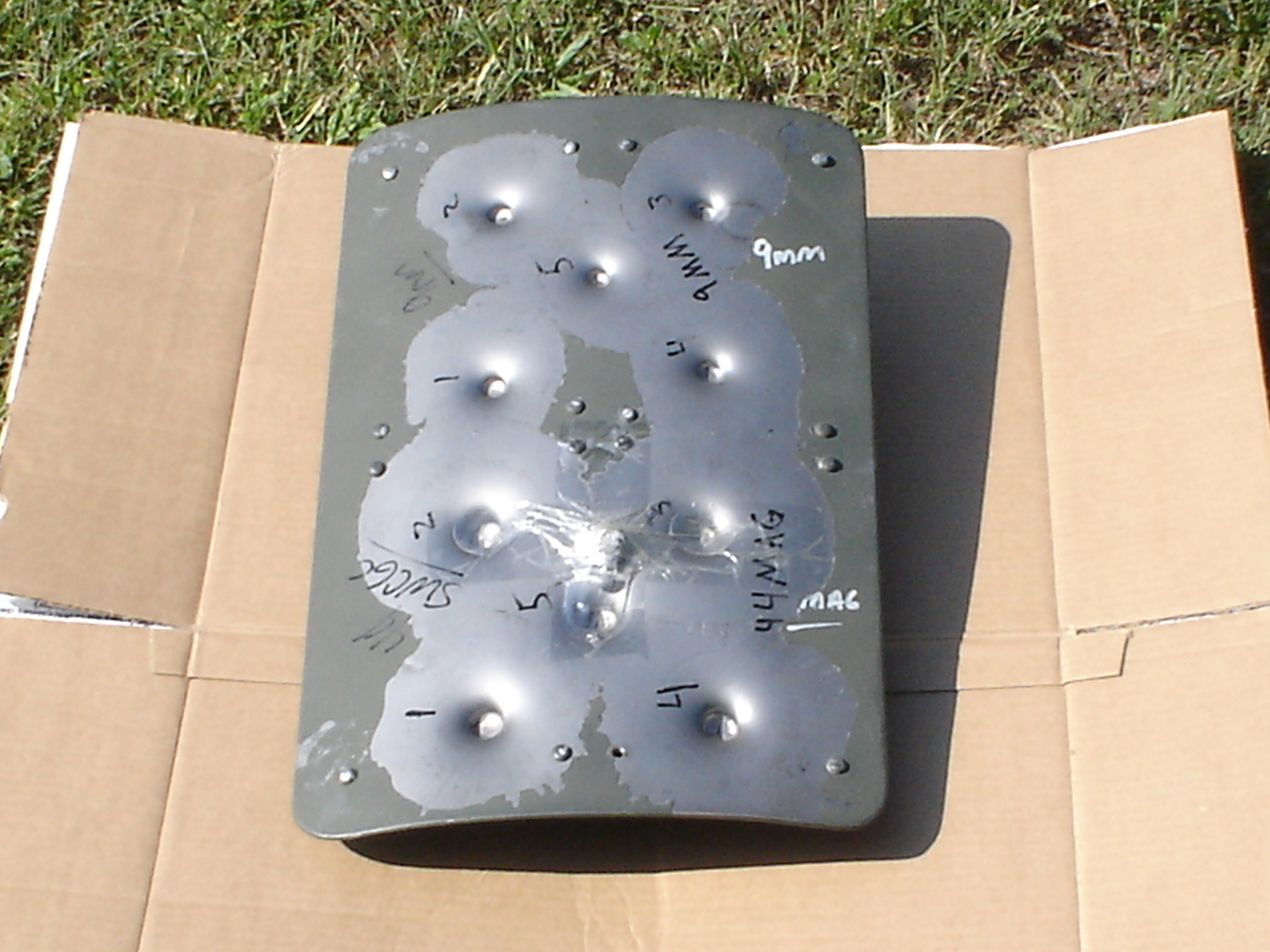 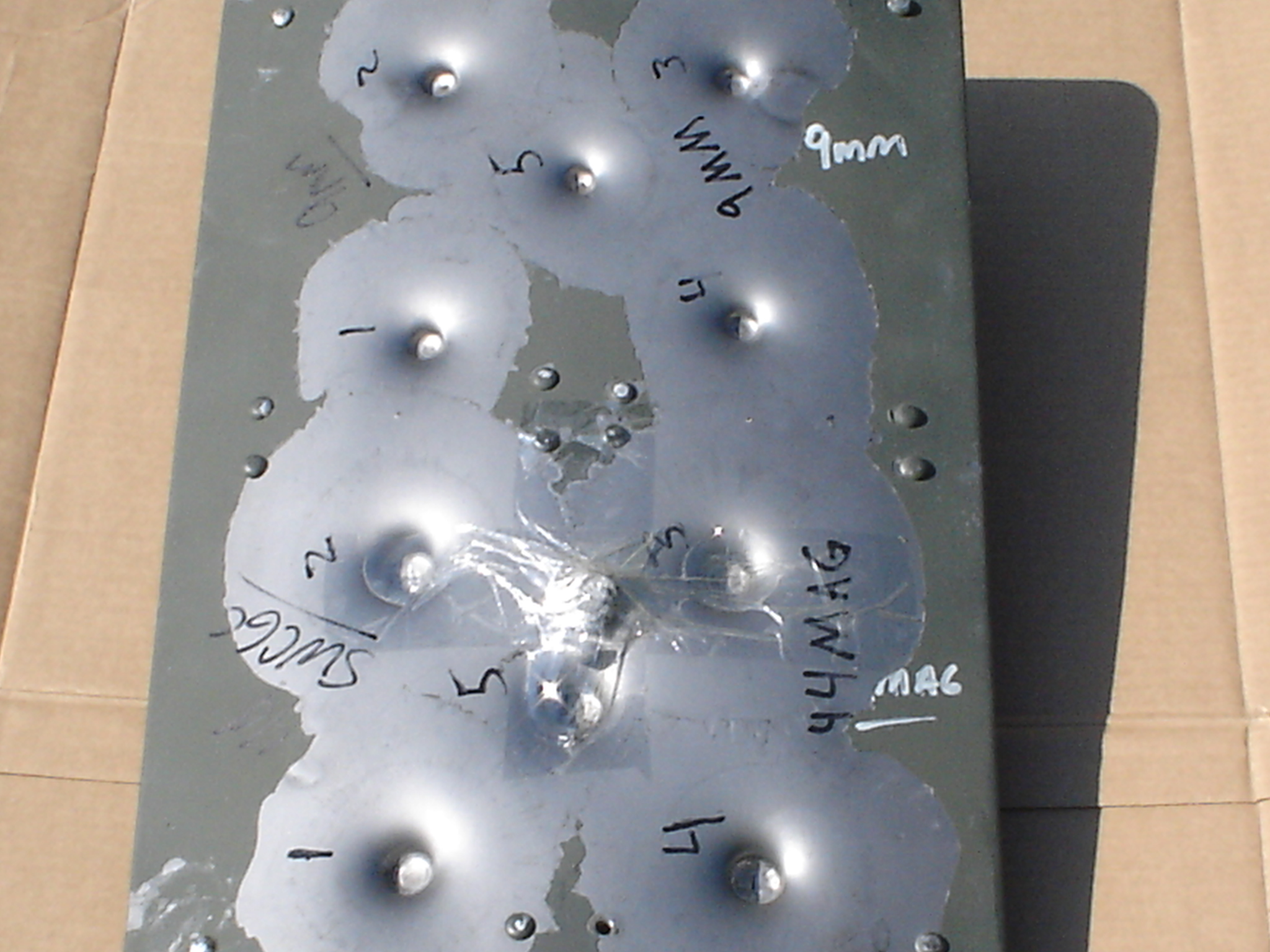 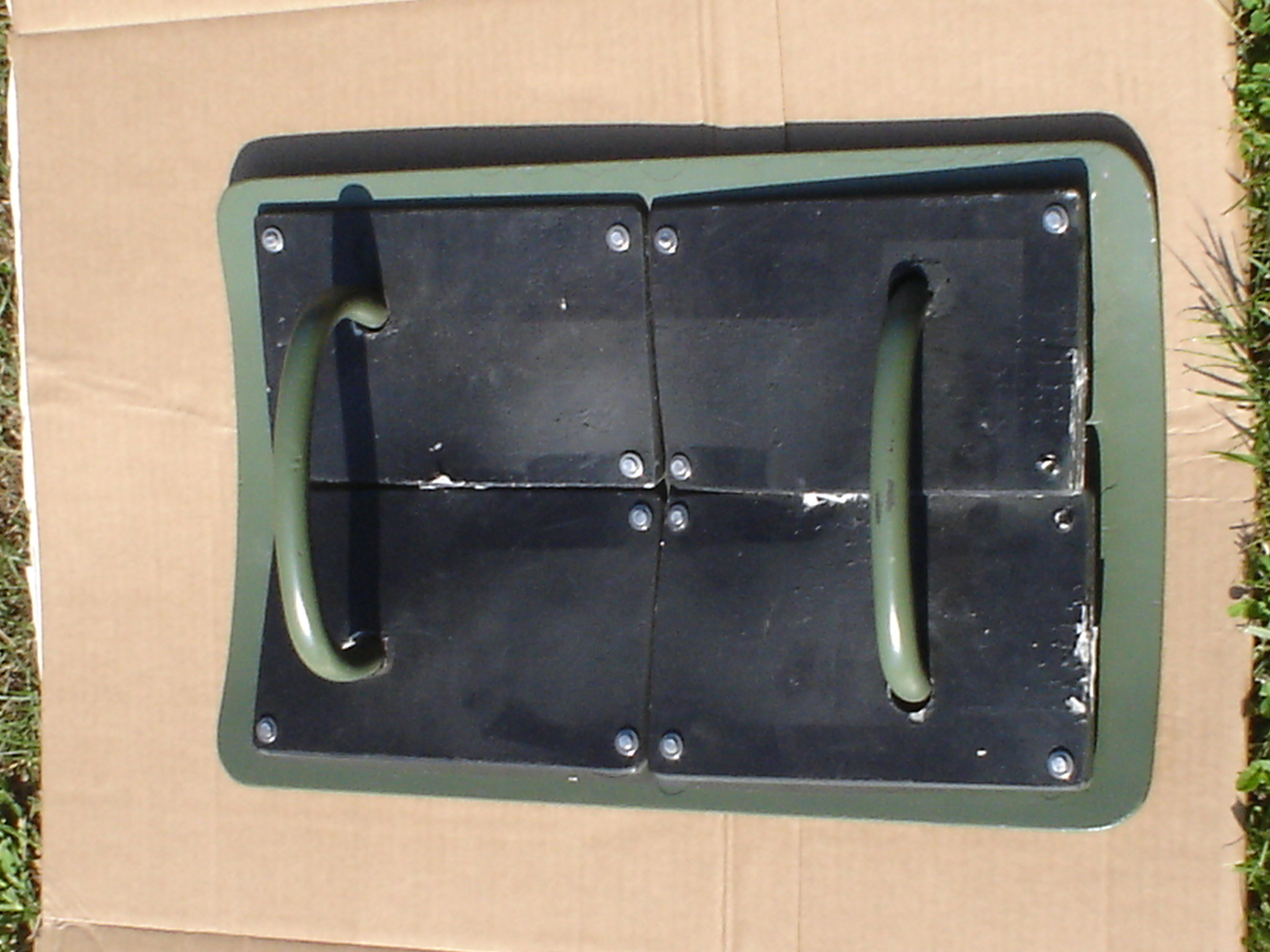 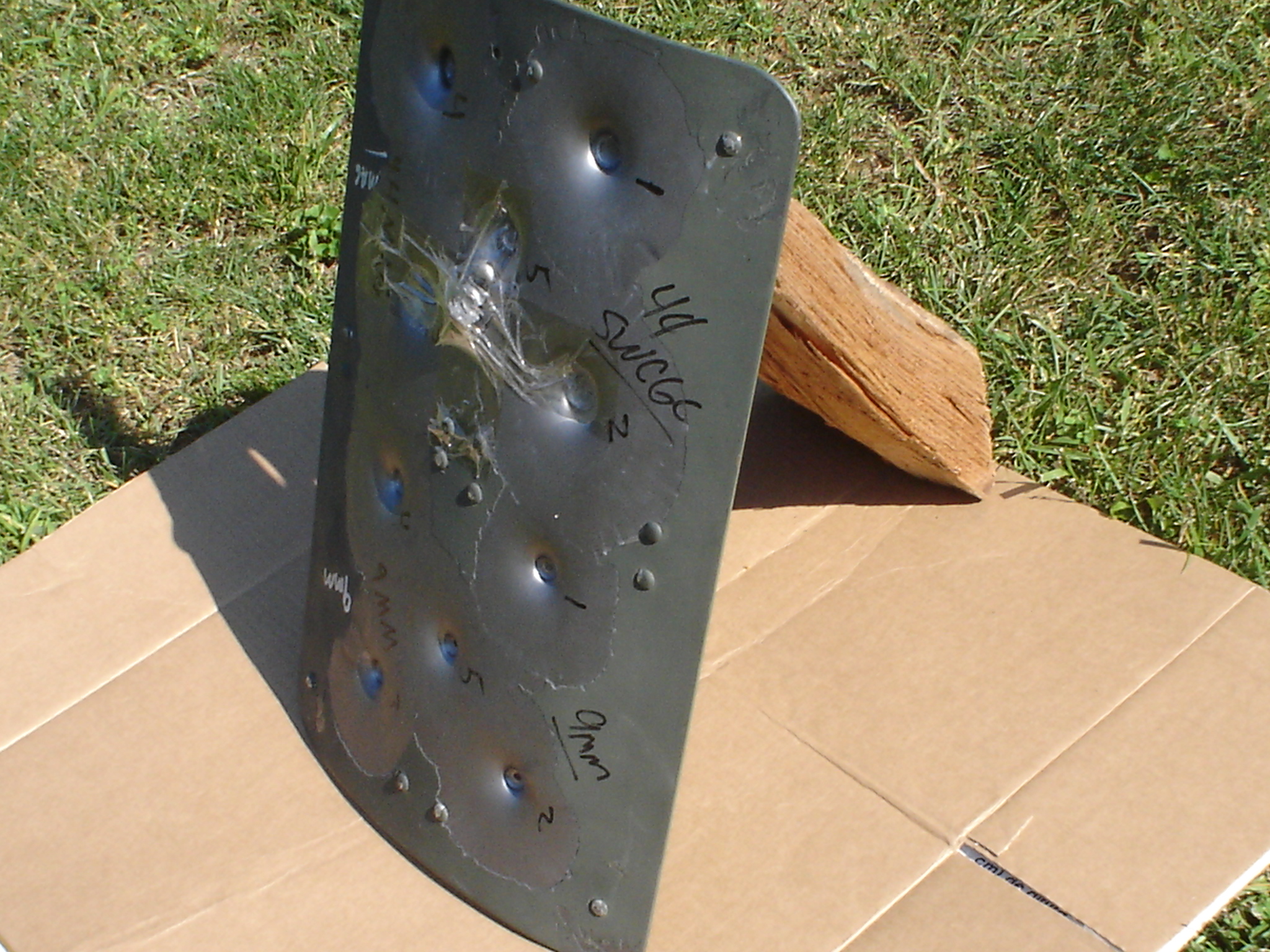 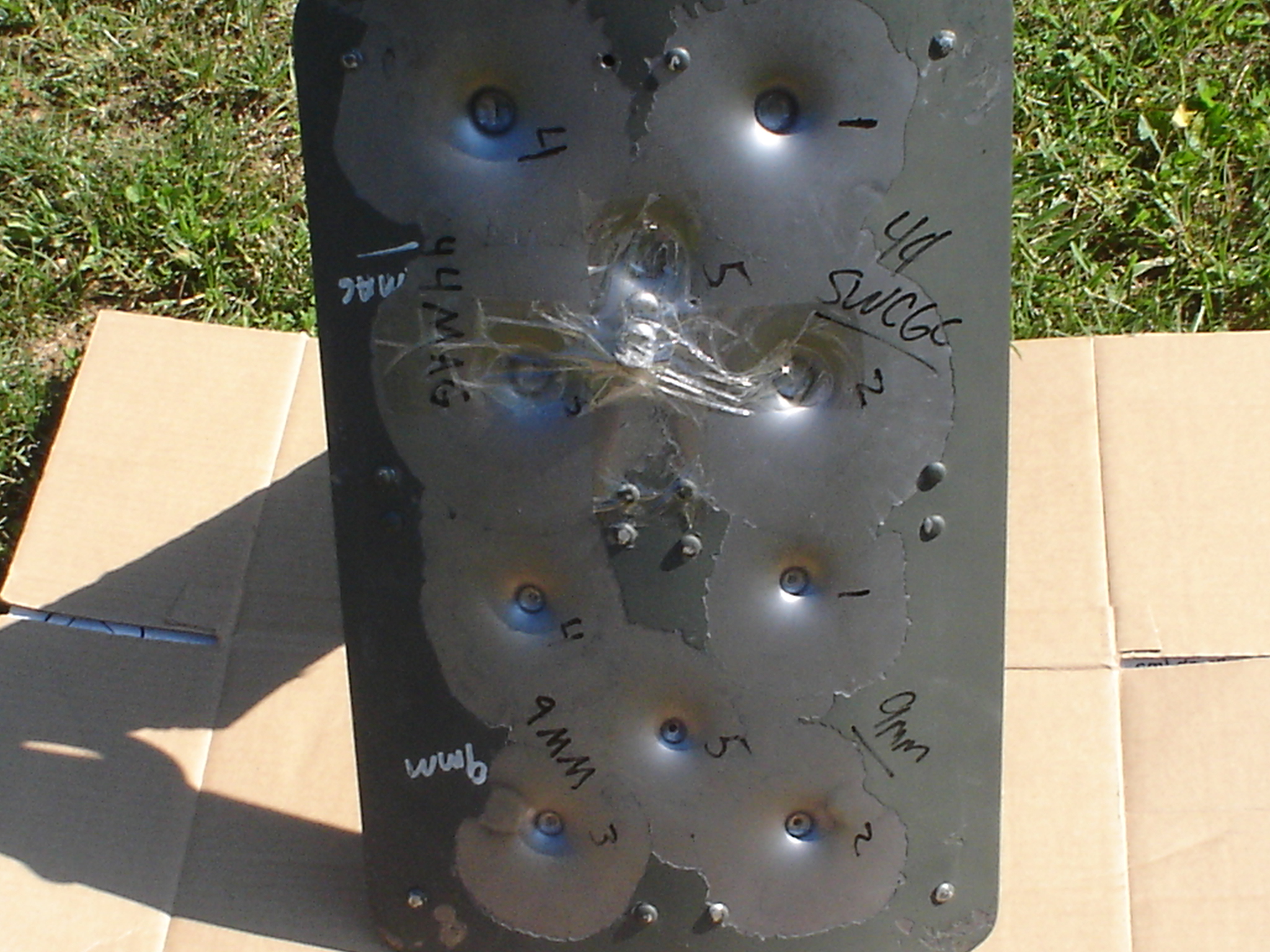 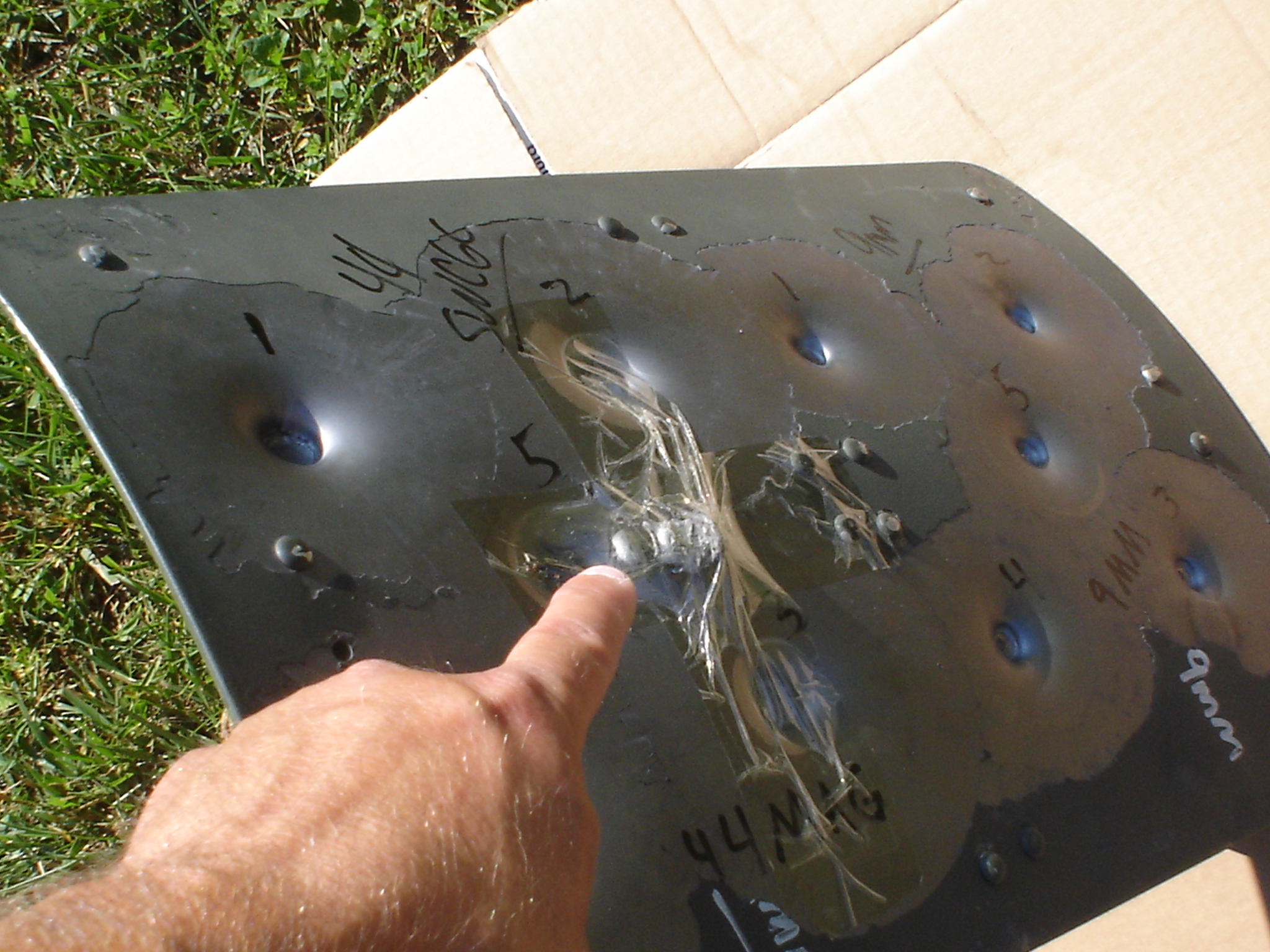 David Crane started publishing online in 2001. Since that time, governments, military organizations, Special Operators (i.e. professional trigger pullers), agencies, and civilian tactical shooters the world over have come to depend on Defense Review as the authoritative source of news and information on "the latest and greatest" in the field of military defense and tactical technology and hardware, including tactical firearms, ammunition, equipment, gear, and training.
Previous HAMMER Remotely-Operated Weapons System for Robotic and Manned Vehicles
Next Liquid Armor, Armored Vehicles, and High-Tech Ballistic Fiber/Fabric…