A private company called CombatBodyArmor (CBA) is currently developing a small, forearm-wearable ballistic shield, or "Battle Shield" (a.k.a. "Combat Shield"), for infantry warfighters. The CBA Mini Battle Shield (a.k.a. Mini Combat Shield) is being developed specifically to protect the warfighter against current enemy rifle-caliber threats (7.62x39mm, 5.45x39mm, and 7.62x54R) and IED (Improvised Explosive Device) shrapnel–not just pistol-caliber threats–as he exits the APC/IFV (Armored Personnel Carrier/Infantry Fighting Vehicle) and transitions to the dismounted infantry combat role. Once the soldier/Marine arrives at his destination (and any additional destination after that), the shield can be used as additional armor protection (mobile anti-rifle armor protection, if you will), as well as an armored/protective firing platform (i.e. shooting platform). The shield can also perform double duty as additional armor protection for the warfighter while he’s inside the vehicle. The company stresses that the shield is intended to compliment current military body armor protection, not replace it.

By the time it’s fully developed, the Mini Battle Shield (a.k.a. Mini Combat Shield) should protect against all NIJ Level III and NIJ Level IV ballistic threats. The ultimate goal, of course, is for the shield to… 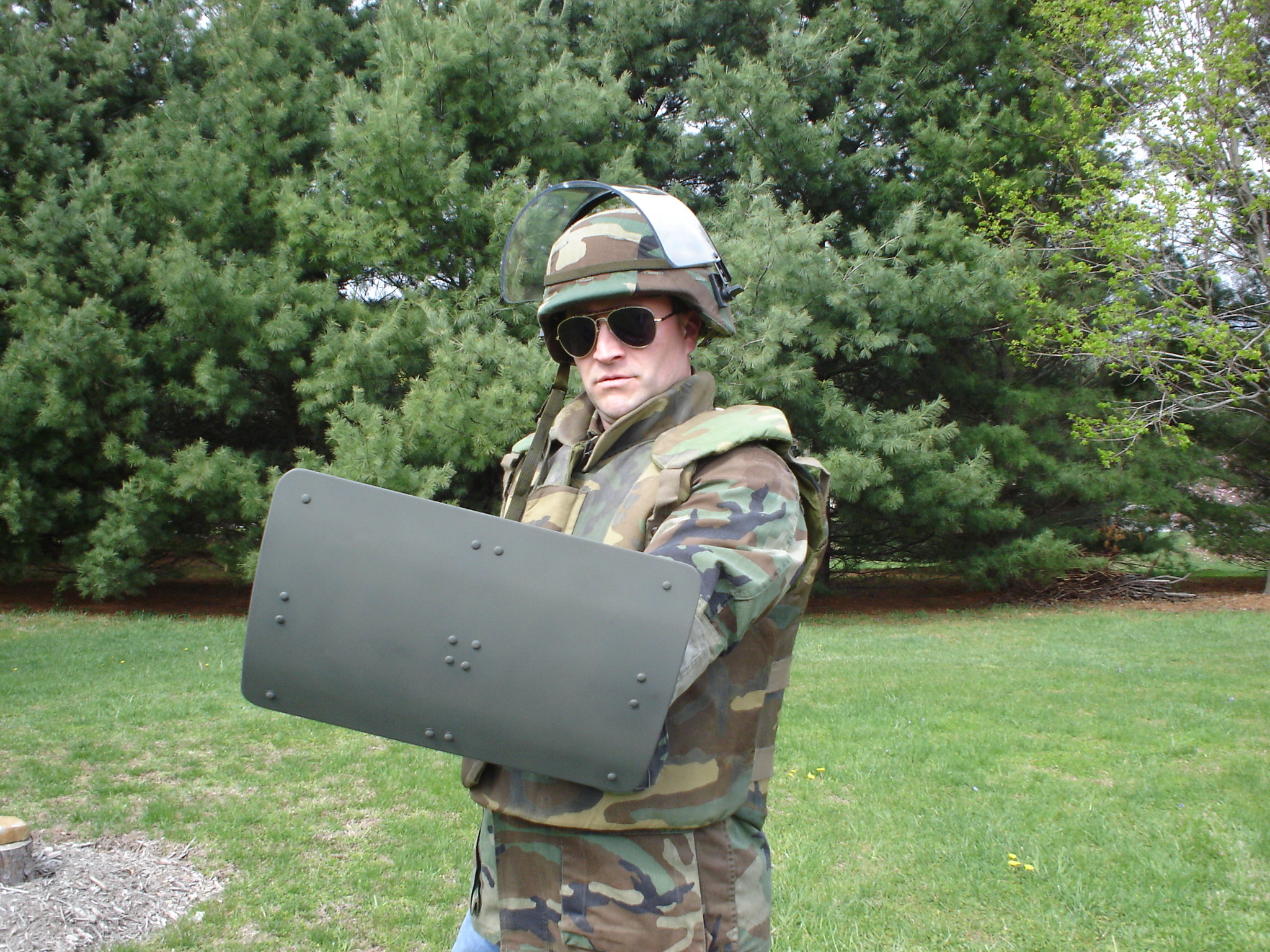 be able to protect against the B32 round, which is a 7.62x54R API (Armor-Piercing Incendiary) round, as well as shrapnel from IED blasts. The Level III and IV Mini Battle Shields/Combat Shields will employ a unique, proprietary composite armor system that is intended to be light enough to allow warfighter full tactical mobility while simultaneously providing a solid weapons platform that can absorb the impact of enemy rifle rounds striking it, so the impact energy isn’t transferred to the soldier/Marine holding it (shield).

It’s DefenseReview’s understanding at present that the shield is being developed with input/feedback from active U.S. military personnel (infantry warfighters, specifically), however this is as yet unconfirmed/unverified. We’ll try to get more info on this aspect of the shield’s development. Defense Review has also been told that the company is developing a larger-version/full-sized ballistic shield that will be approx. four (4) times the size of the mini-shield. DefenseReview has seen photos of the large/full-size Battle/Combat Shield, and it looks impressive. Hopefully, it will perform as well as it looks. We look forward to viewing the relevant ballistic performance data on it.

CombatBodyArmor’s corporate website is apparently still under development. In the meantime, while their corporate site is being developed, they have a temporary web page up at their URL. There’s not much information there at the moment, nor are there any photos. However, DefenseReview has just received some additional Battle/Combat Shield photos from the company, and we’ll publish them as soon as we can. Some of the photos we received show the test shield that was used in the Level IIIA testing against .44 Magnum rounds.

If you’d like more info on the Mini Battle Shield (MBS), a.k.a. Mini Combat Shield (MCS), or the larger/full-size Battle Shield/Combat Shield, we would advise you to contact Combat Body Armor (CBA) by phone at 443-722-8433, and via email at [email protected]. Ask for Chris Taggart. 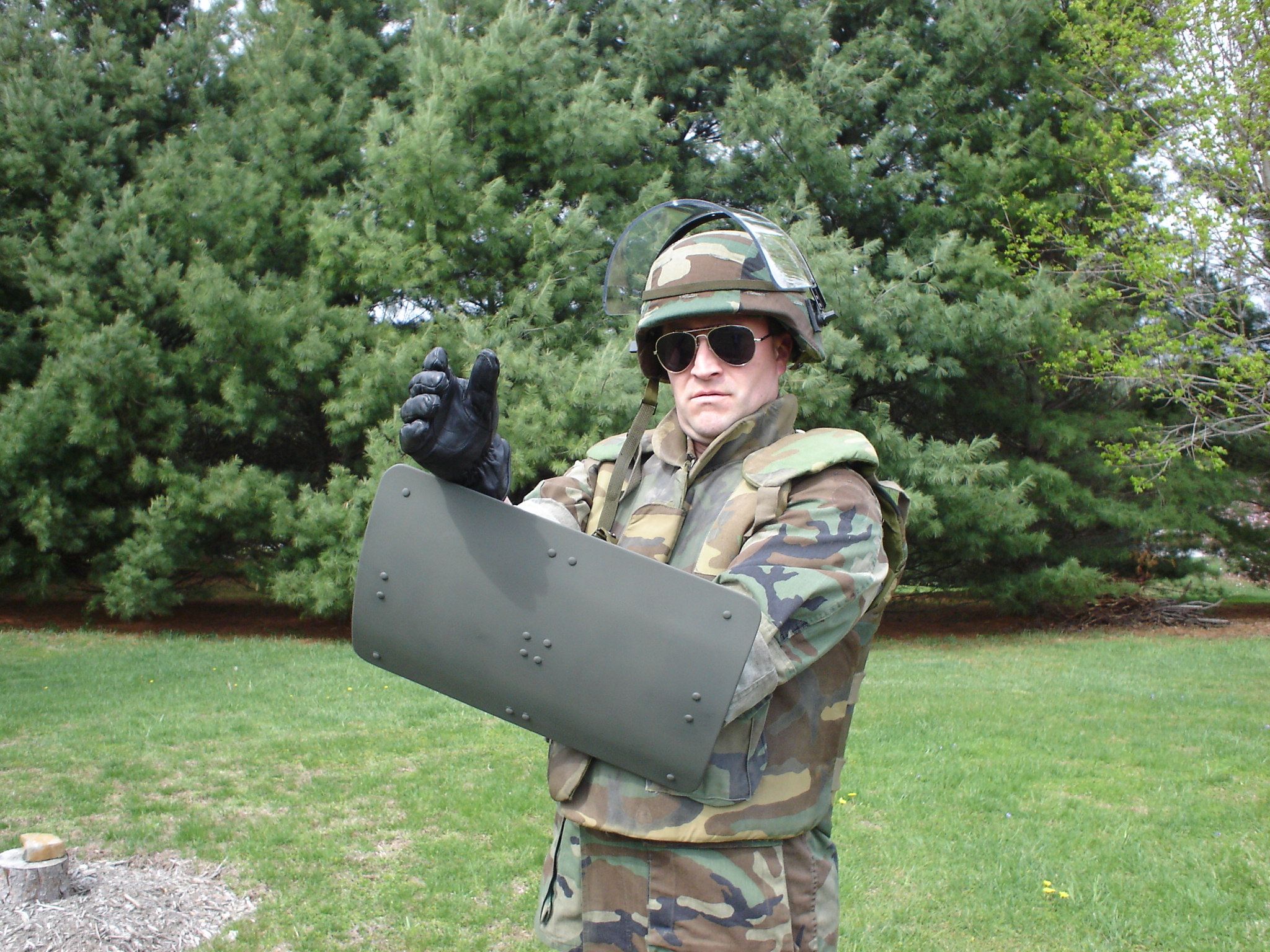 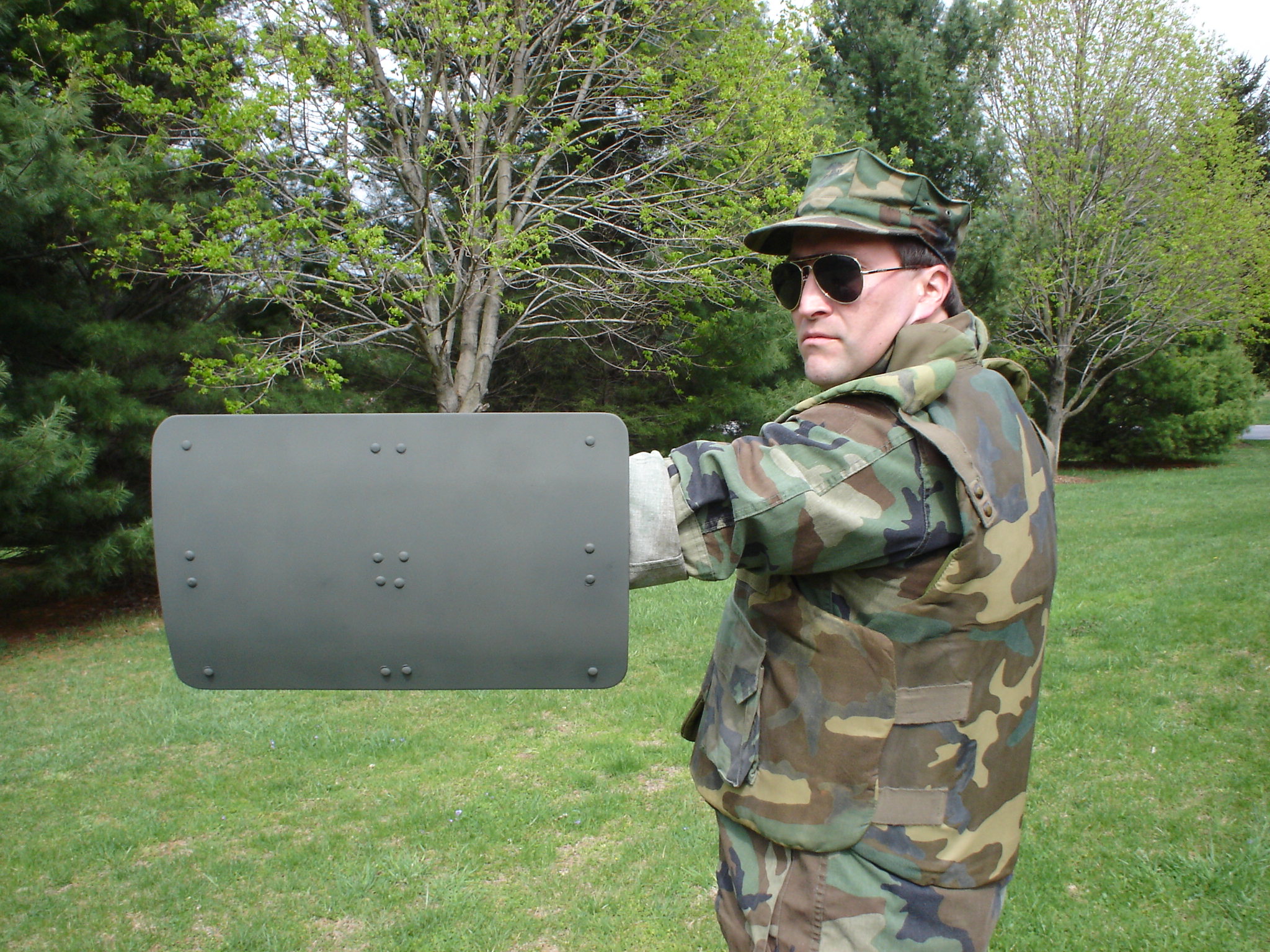 David Crane started publishing online in 2001. Since that time, governments, military organizations, Special Operators (i.e. professional trigger pullers), agencies, and civilian tactical shooters the world over have come to depend on Defense Review as the authoritative source of news and information on "the latest and greatest" in the field of military defense and tactical technology and hardware, including tactical firearms, ammunition, equipment, gear, and training.
Previous Exclusive Video: AA12 Machine Shotgun/FRAG-12 Grenade Weapon System Test Fired
Next Missile Defense Element Successfully Flight Tested