21 August 2006
At the SHOT Show this past February I got to see and handle the prototypes of the Helios High Intensity Discharge (HID) Searchlight. On display by the folks from Strategos International – a company recognized for its excellence and leadership in developing / training tactics for low-light engagements – the prototype Helios boasted a 3,500 lumen output in a package that wasn’t much larger than the old 12V searchlights I first became accustomed to when I was a volunteer fireman. The production Helios, Model H1 as produced by Polarion, actually puts out 4,000 lumens in the same size package – and it does so for an incredible 90 minutes.
The expertise behind the design features of this particular HID light comes from two noted operators / trainers where low light environments are concerned: Mr. Ken Good (Ken J. Good), former Navy SEAL and owner/operator of Strategos International. The other significant individual is Mr. Vaughn Baker, VP of Strategos and a veteran SWAT cop. Let’s take a look at the features of the light and get into how it compares to some competition… 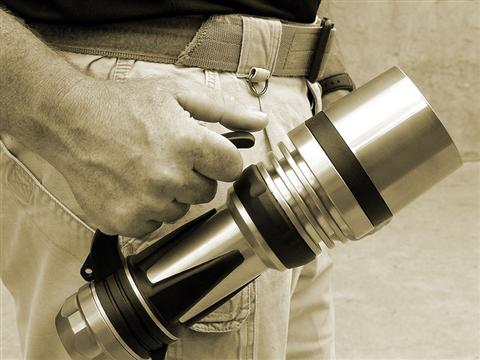 The Helios is twelve inches long, five inches across at the front end, and four inches at the back end. The 40watt Xenon-Metal lamp assembly puts out 4,000 lumens and its published life is "up to 3,000 hours". The light weighs about four pounds – and that feels awfully heavy when you’re used to much smaller hand-held lights, but seems light when you compare it to the old 12V square ugly lights. The Helios has an integral handle with an option for no-handle available. There is a lanyard hole in the back of the handle if you’re the kind of person who likes to tie your gear to yourself. The battery is a Lithium Ion Rechargeable producing about 14V. The specification sheets say that the run time of the light is "up to 100 minutes". I ran my T&E light down from fully powered to dead and it took 103 minutes. Battery reacharge time is published as 2.5 hours and that’s exactly how long I let it charge.

On the back of the light, when you turn it on, are five LEDs that indicate battery strength. 5 lit LEDs = 100%; 4 LEDs = 80%, etc. In the picture shown right the 4 LEDs indicate 80%. After I had recharged the battery for the published 2.5 hours, my light was once again showing 5 LEDs when I turned it on. Below the circular body you can see two "arms" sticking out of the bottom of the Helios. Those arms are near the back end and just long enough so that the light sits level and doesn’t roll when you set it down.
The recharging unit provided is a standard AC charger, but Polarion has a DC charger and a Drop-in charging cradle available as options. Finally, the spec sheets say that the light is waterproof to 165 feet and that an IR filter will be available for it soon. Manufacturer’s Suggested Retail Price is $1,595.00.
Now, that you’ve balked at that price for a flashlight, let’s take a look at one competitor product – I won’t name names. This competitor’s product uses a 35W lamp to produce 3,500 lumens. The competition claims that their light is "small size" at ten inches (two inches shorter than the Helios) and light weight at ten pounds (more than double the weight of the Helios). The competition lists their light as "water resistant" as compared to the Helios’ water PROOF. What is the price for this competitor’s light? When I did a Google search for it the only price that came up was in excess of $6,000!
So, let’s see now… 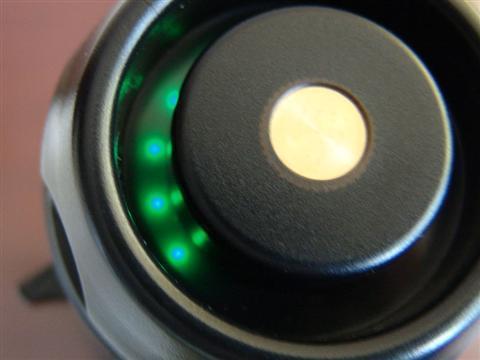 Helios = 25% of the cost, about the same size, less than half the weight, and waterPROOF. Hmmm… But how well does it do in the dark? Out in the dark I went to find out.
I live near the Chesapeake Bay. Down on the beach I could see boat lights moving off-shore. Could I see the boats? Several of them yes. I’d estimate that they were approximately a mile off-shore. How well could I see them? Good enough to see their hull registrations with binoculars… and see those hand gestures they were making to let me know they didn’t appreciate that light pointed at them. What other tests could I do? I found a spot near the local shopping center where I measured out a half-mile from the parking lot but with a clear line of sight: with the Helios I could – again using binoculars – clearly see the license plates on several cars. In fact, Maryland uses reflective license plates, and if I shined the Helios on license plates within a hundred yards, the light reflecting back at me was too bright to read the numbers.
I didn’t have time to completely test the waterproof security of the light as much as I’d like. Next weekend I have a scuba diving trip planned and I’ll physically test the light down to about 85 feet. I will post that update – probably next Monday the 28th. In the meantime, I was able to take the light down to about fifteen feet along the shores of my local lake. It worked at that depth and folks on the shoreline said it was clearly visible. In fact, they said it was, "…like a glowing beacon in the water."
As I said, I’ll update on the waterproof test at depth, but right now, having tested it as well as I can so far, especially for the money in question, I’d take a Helios over every other HID light I’m familiar with. Check it out on Polarion’s/Xousia Systems Group’s website, here.
BE SAFE! 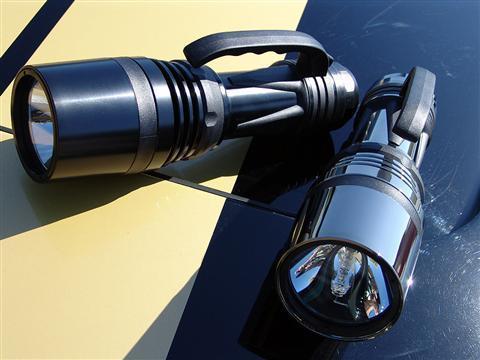 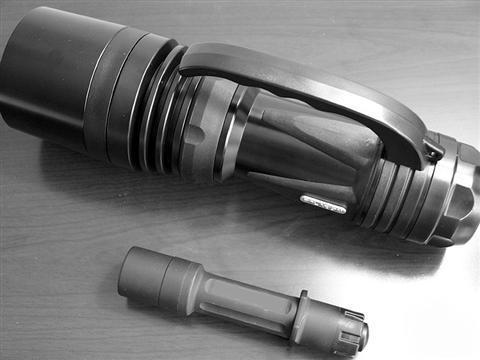 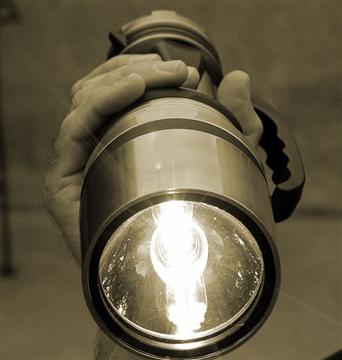 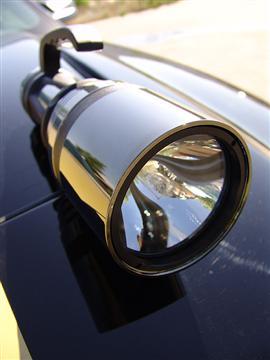 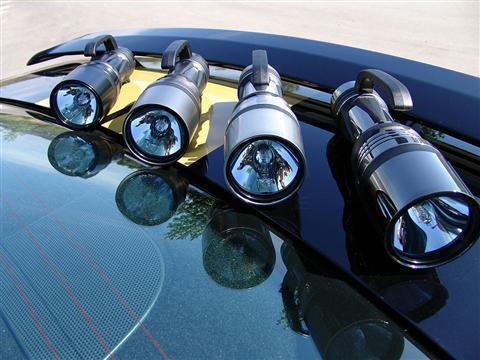 David Crane started publishing online in 2001. Since that time, governments, military organizations, Special Operators (i.e. professional trigger pullers), agencies, and civilian tactical shooters the world over have come to depend on Defense Review as the authoritative source of news and information on "the latest and greatest" in the field of military defense and tactical technology and hardware, including tactical firearms, ammunition, equipment, gear, and training.
Previous Blackhawk CQC SERPA Holster Double Feature: Tactical and Duty Rigs
Next Are Anti-Tank Guided Missiles the New Primary Threat in Urban Warfare/MOUT?