A company called Millennium Sensor, LLC (a.k.a. MSensor) is manufacturing and marketing a mobile, rapid-deploy (a.k.a. quick-deploy) wireless perimeter security system (i.e. intrusion detection system) called the Personnel Peripheral Protection Mobile Remote Sensing System, or P3 MRSS for short. Described as a "man-portable, Personnel-Centric Intrusion Sensing technology designed for rapid, dynamic deployment, the P3 MRSS system is essentially a small, lightweight and highly-mobile wireless remote multi-sensor system designed and developed specifically to give military Special Operations units, PSD/Security Operator teams, and law enforcement SWAT teams a fast and effective (and easy) perimeter security system / intrusion detection system they can carry with them and set up at the drop of a hat in a combat environment–and that will hold up in that environment.

The P3 MRSS reports intrusions (a.k.a. perimeter breaches) via field-recorded voice messages. The system incorporates a Body Worn Monitor (BWM) that interfaces with the opererators’ comm radios. Here’s how it works:… 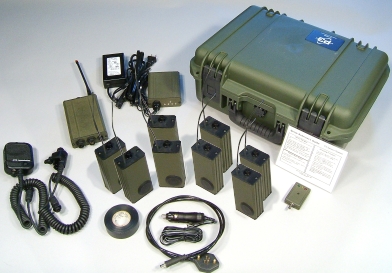 When any of the P3 MRSS sensors detect an intrusion into the perimeter, the small, wireless sensors transmit the intrusion instantly to the BWM (Body Worn Monitor)/radio interface unit which then notifies the operator via the field voice recording. The optional interface can repeat the notification to all the team radios.

The company (Millennium Sensor) also makes a ruggedized version of the system called P3 MRSS-EX, which utilizes aluminum extrusion casing. The MRSS-EX sensor suite operates via the same Personnel-Centric Peripheral Protection (P3) technology concept as the standard P3 MRSS. Both systems typically consist of 10-20 wireless sensors, along with the aformentioned BWM component. The P3 MRSS-EX system can be enhanced with optional P3-400 MRT mobile remote triggers that are keyed to specific sensor numbers. When a sensor is activated the companion MRT will trigger an IR illuminator (infrared illuminator), a long-range radio link, a video camera, or other devices via relay contact closure. 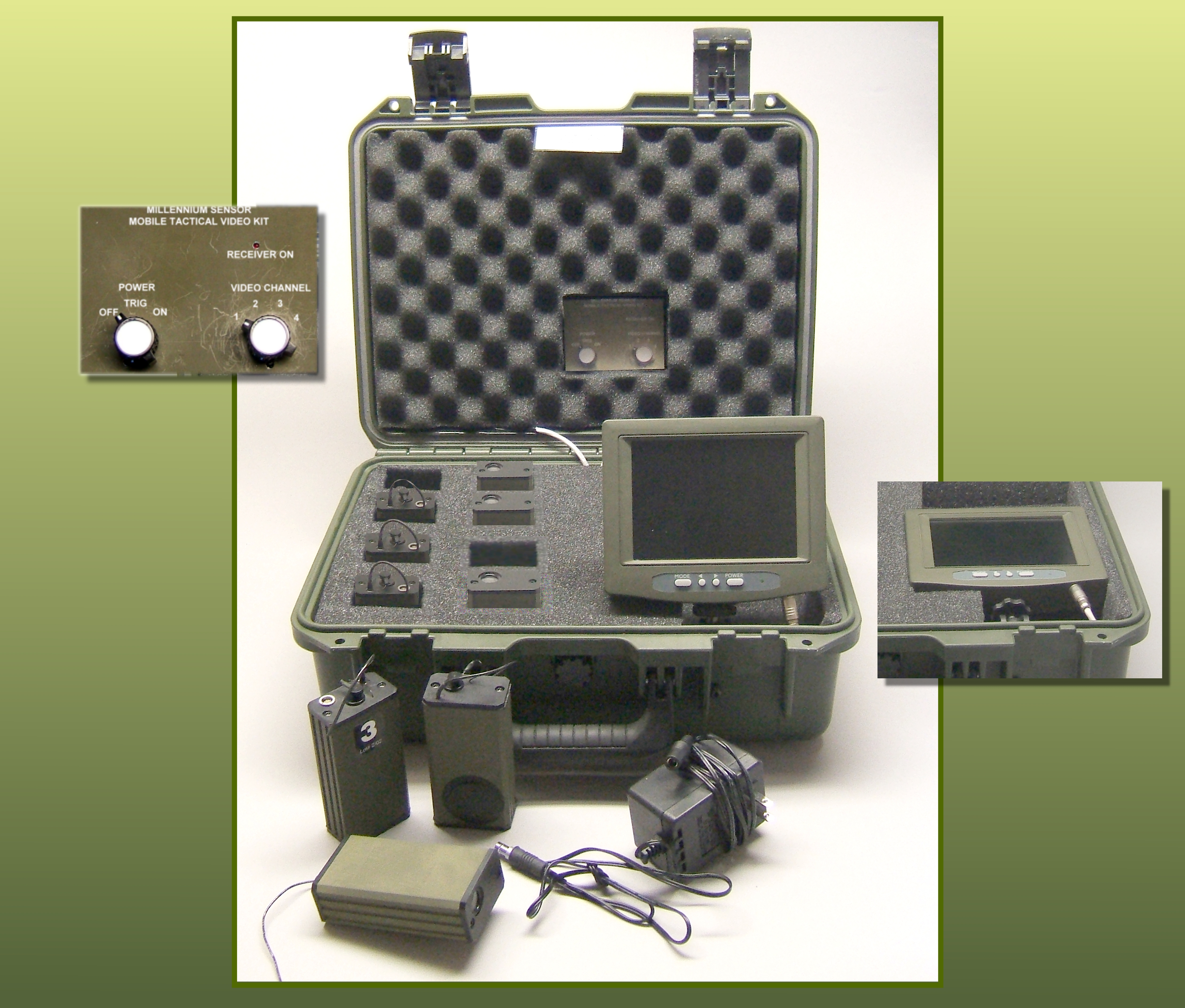 The Personnel-Centric Peripheral Protection Mobile Remote Sensing System (P3 MRSS and MRSS-EX)/Mobile Tactical Video (MTV) Kit perimeter security/intrusion detection technology concept looks like a good one. If it works as advertised and and is viable, it will no doubt prove useful to military Special Operations personnel, PSD/Security Operators, SWAT operators, etc. performing dangerous missions. However, DefenseReview hasn’t yet seen it in operation, and we would have to witness a live field demonstration before we could endorse it. In the meantime, we’d like to see a video demonstration of the technology.

David Crane started publishing online in 2001. Since that time, governments, military organizations, Special Operators (i.e. professional trigger pullers), agencies, and civilian tactical shooters the world over have come to depend on Defense Review as the authoritative source of news and information on "the latest and greatest" in the field of military defense and tactical technology and hardware, including tactical firearms, ammunition, equipment, gear, and training.
Previous The Interesting and Innovative ASP and Devel M39 Compact Combat Pistols
Next CamelBak Impact CT Tactical Gloves for Tactical Operators and Shooters (Review)