All photographic images contained in this article were taken by
DefenseReview.com, and they are the exclusive property of
DefenseReview.com. DefenseReview.com owns the copyright on these
photos. All photos were shot with a 7.2-megapixel Sony Cyber-shot
digital camera (Model #: DSC-P150).

By now, just about everyone and their mother should be aware that Bushmaster Firearms (now wholly owned by seemingly unstoppable and more-than-a-little-ominous, voracious and rapacious gun-company-gobbling juggernaut Cerberus Capital Management, L.P.) will be manufacturing the multi-caliber MagPul Masada assault rifle/carbine under the name "Adaptive Combat Rifle", or "ACR" for short. But another MagPul item has been getting a good bit of press since the show, as well, and that’s the slick little MagPul FMG9 (or, FMG-9) a.k.a. "Glock in a Box" prototype folding 9mm Parabellum (9x19mm NATO ) mini / micro-submachine gun (SMG) that utilizes a Glock 17 slide and any factory Glock 9mm magazine, including 30-33-round Glock 18 mags. "FMG" would seem to stand for "Folding Machine Gun".

In it’s closed position, while you’re carrying it around, the MagPul FMG9 is designed to look something like a… 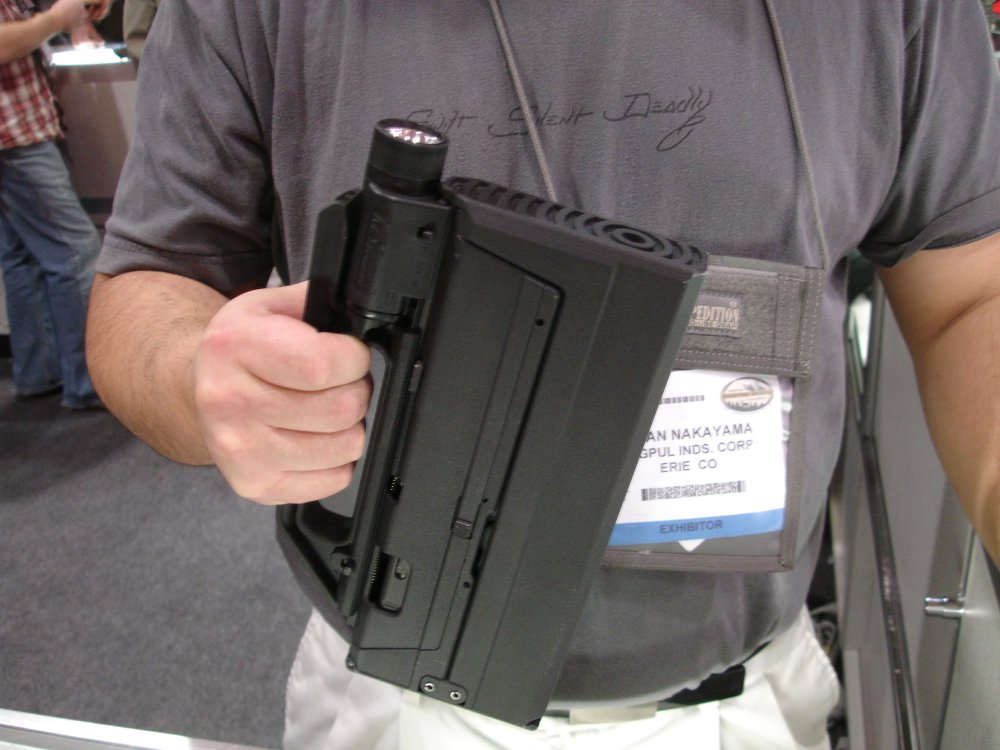 portable radio, and incorporates a detachable tactical white light. Drake Clark, MagPul’s resident media/PR manager showed the FMG 9 to DefenseReview at the very beginning of the show, and MagPul’s resident designer/engineer Mike Mayberry ended up taking us through the weapon a little later on in the show. The FMG9 mini-SMG is very slickly designed and looks like a fully-developed product, which is particularly impressive considering that, according to our understanding at present, Mayberry and the MagPul team developed the FMG9 on short notice specifically for the show (SHOT Show 2008).

The MagPul FMG 9 9mm subgun essentially shows in microcosm all of MagPul’s creativity and product design and development strengths (including ergonomics and "usernomics")–and, yes, perhaps even a desire to entertain–in one little lethal foldable SMG package. No matter how one feels about mini-subguns or micro-subguns, one must acknowledge the rapid-design & development skill the FMG9 showcases. You really have to see the FMG9 folding/foldable subgun being opened, closed, and handled to fully appreciate it.

By the way, counter to what’s been stated by some folks on the web (on YouTube, specifically), I believe I remember Rich Fitzpatrick informing me (verbally) at the end of the show that MagPul does indeed intend to put the FMG into production in limited quantities as an SBR (Short Barreled Rifle). We’ll try to verify this.

And, let’s hope the FMG shoots as good as it looks. After all, that is what ultimately matters.

Editor’s Note: Regarding what I stated at the beginning of this article about Cerberus, I was stating it semi-tongue-in-cheek. DefenseReview has been told by various professional/industry contacts of ours that the Cerburus guys are gun guys first and foremost and very pro-Second Amendment, benevolent regarding the gun companies they’ve been acquiring (Bushmaster, Remington, Cobb Manufacturing, etc.), and all-around good guys, which is a very good thing. However, since I’ve never actually met, spoken with, or even seen one of these guys, based on their behavior and rather serious financial capabilities, I can’t help thinking of The Star Chamber (1983). What these Cerberus guys want, they get. They’re powerful, well-financed, determined, and deliberate in action. So, let’s hope that the rumors about what great guys they are are true. And, if we ever end up spotting one of these guys in the wild prowling around in their natural habitat, we’ll let you know. So far, though, they’ve been about as easy to spot as a Chupacabra. 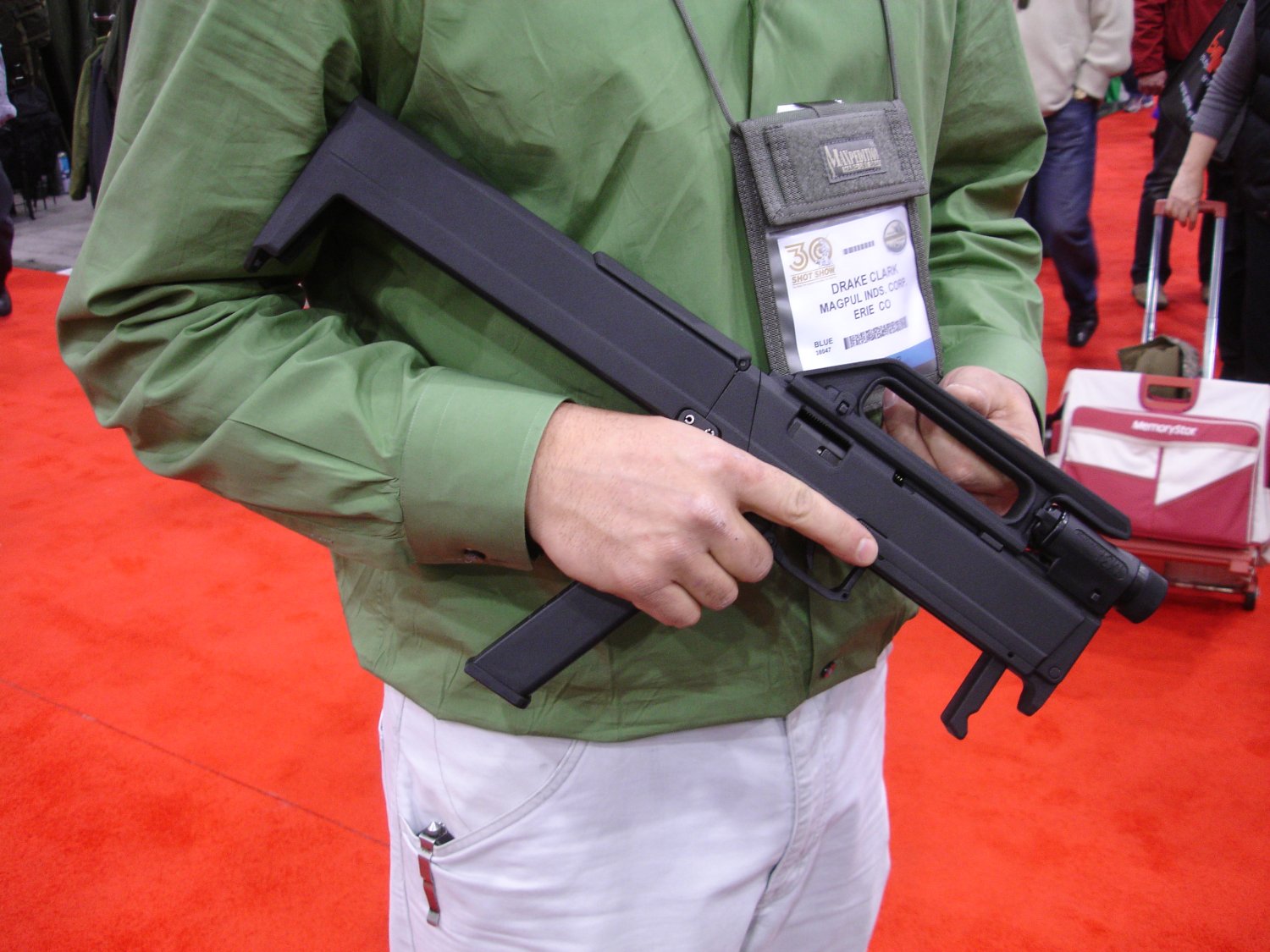 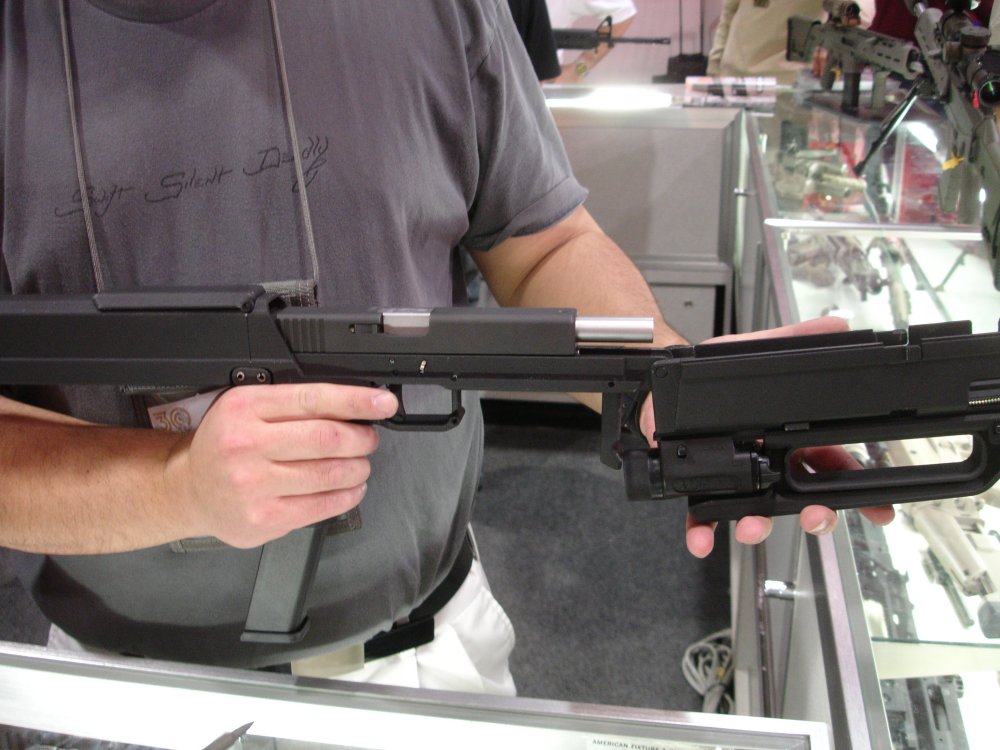 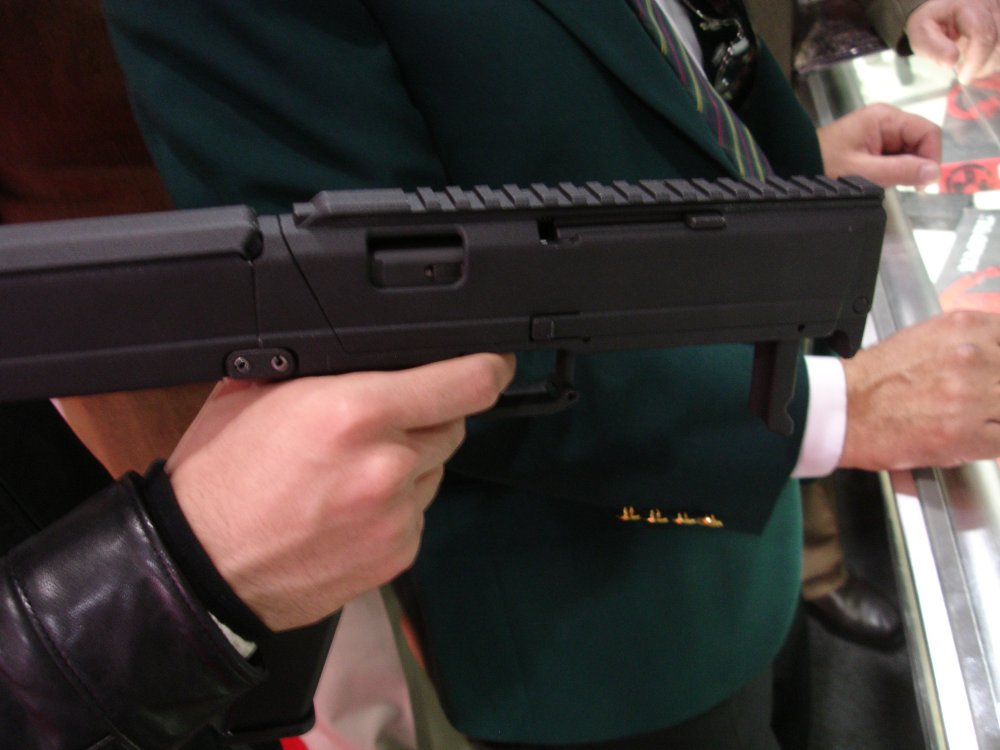 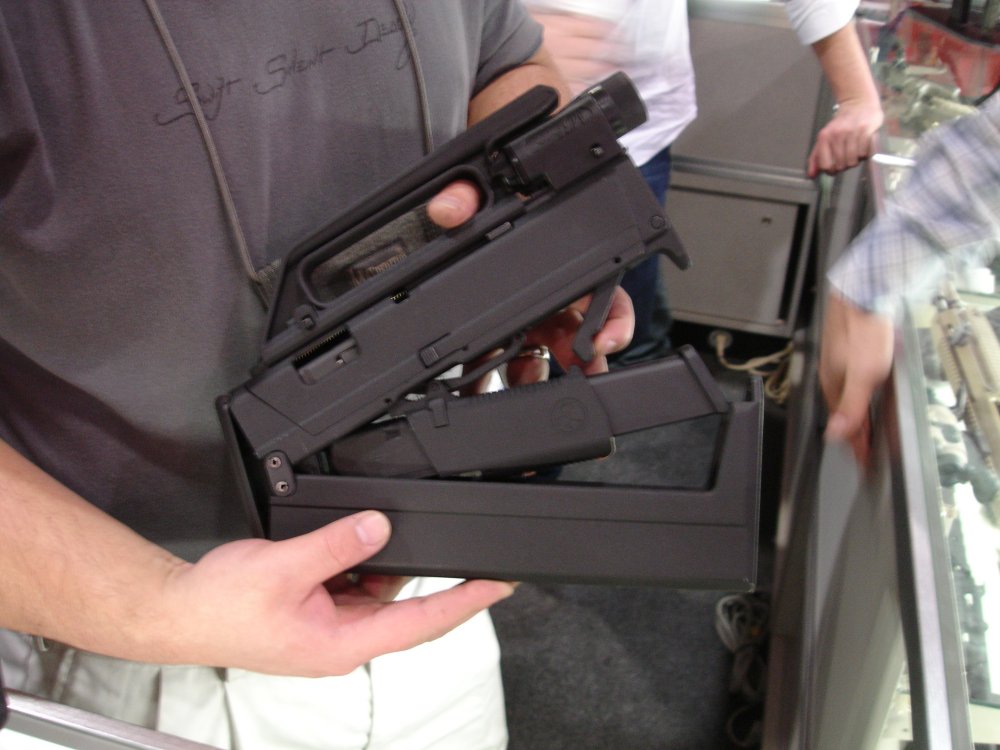 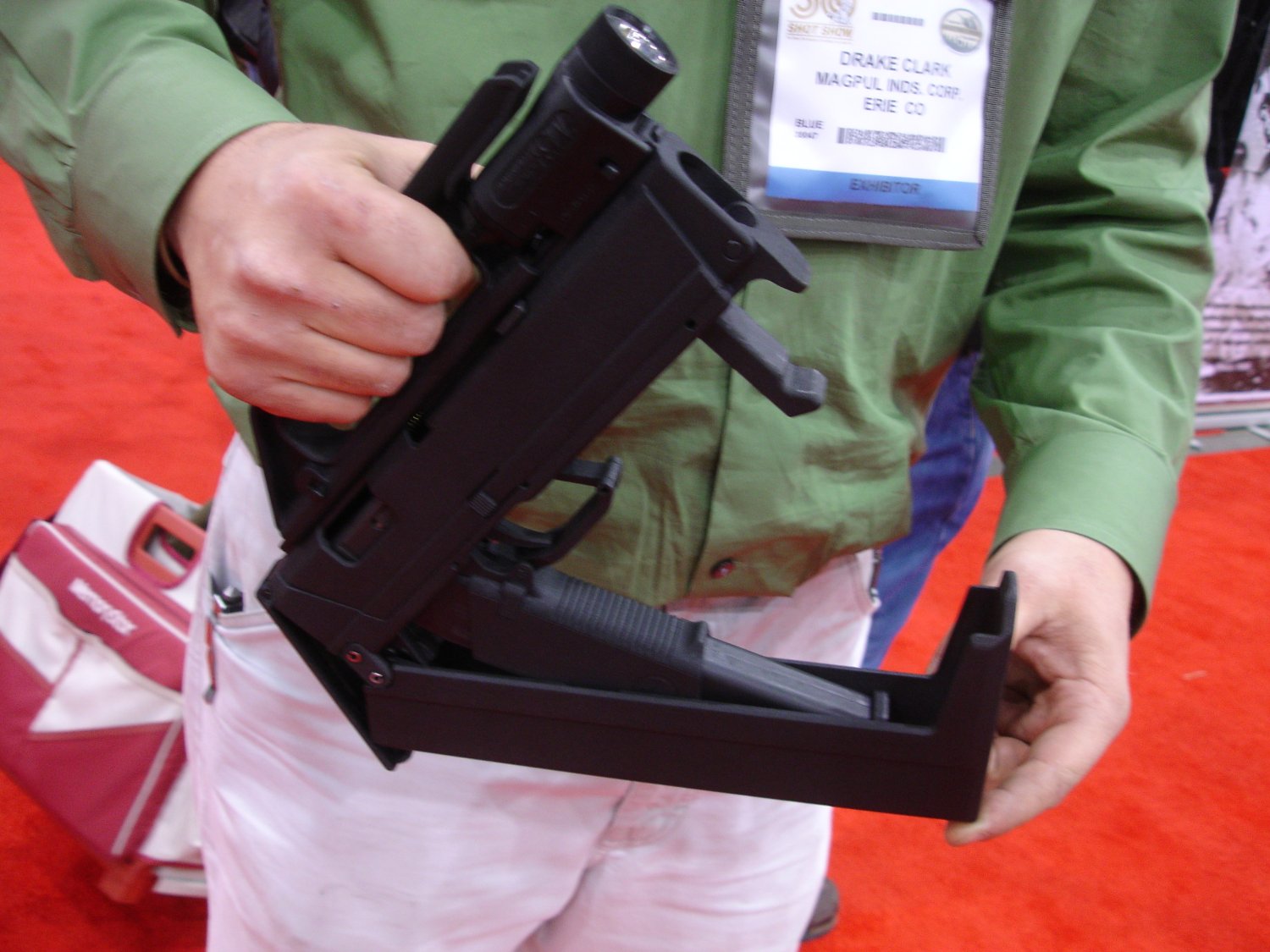 David Crane started publishing online in 2001. Since that time, governments, military organizations, Special Operators (i.e. professional trigger pullers), agencies, and civilian tactical shooters the world over have come to depend on Defense Review as the authoritative source of news and information on "the latest and greatest" in the field of military defense and tactical technology and hardware, including tactical firearms, ammunition, equipment, gear, and training.
Previous POF P-308 Gas Piston/Op-Rod Battle Rifle/Carbine at SHOT Show 2008
Next Veritas Tactical MK-IV Rifle and VT-P8 Pistol: .68 Cal. Less-Lethal Weapons