Back in November 2008, DefenseReview published a short article on the LaRue Tactical Stealth Optimized Sniper Rifle (OSR) 7.62x51mm NATO (7.62mm NATO)/.308 Win. sniper rifle/carbine. Well, as luck would have it, we ran into our good friend and professional contact Taran Butler at SHOT Show 2009, and he took us by the LaRue Tactical booth to check out the OSR live and in person. As DefRev readers should already be aware, Taran has more than a little experience with tactical rifles and carbines, since he’s a national champion Tactical 3-Gunner, and all, and the LaRue Tactical Stealth OSR 7.62mm rifle/carbine get’s his "raging" rating. "Raging" is "awesome" or "shit-hot" in Taran-speak.

While Defense Review hasn’t gotten a chance to run the Stealth OSR carbine/rifle at the range, yet, the gun looks and feels GOOD. And, since it’s a LaRue product, we can’t imagine it not working exactly as advertised, just like every other LaRue product we’ve ever used. LaRue Tactical didn’t earn its reputation for high-quality tactical hardware by accident. Anyway, Taran was kind enough to pose fore a few candid photos with the OSR for DefRev, so here they are… 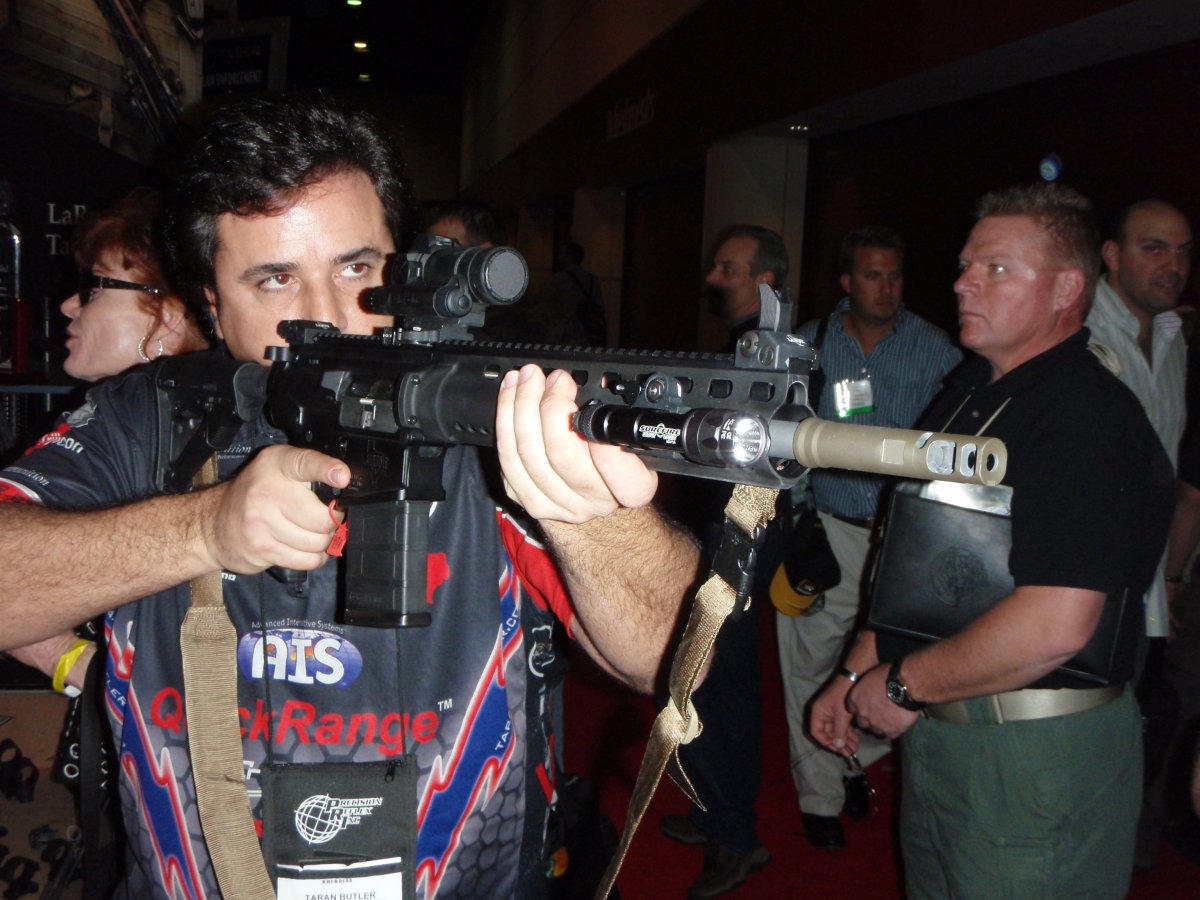 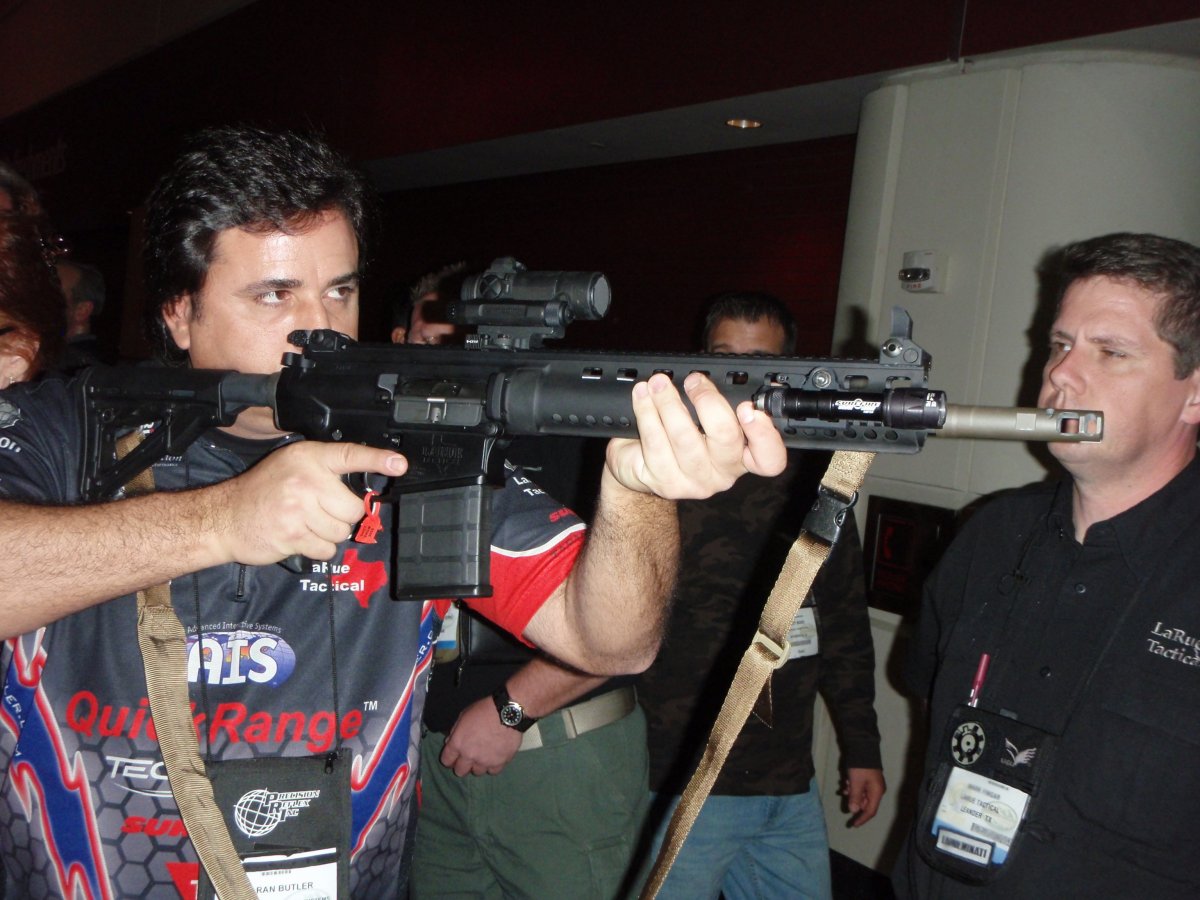 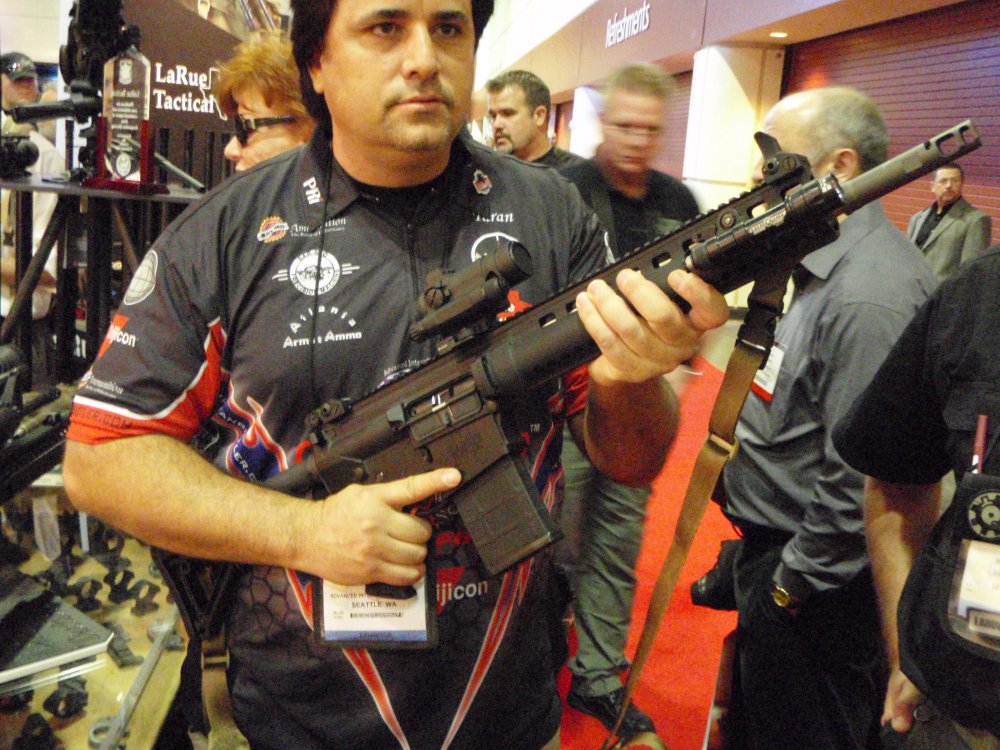 David Crane started publishing online in 2001. Since that time, governments, military organizations, Special Operators (i.e. professional trigger pullers), agencies, and civilian tactical shooters the world over have come to depend on Defense Review as the authoritative source of news and information on "the latest and greatest" in the field of military defense and tactical technology and hardware, including tactical firearms, ammunition, equipment, gear, and training.
Previous ReconRobotics Recon Scout IR Tactical Robot: Mobile Recon Bot for SWAT Ops
Next Vltor Fortis Semi-Auto Pistol: Improved Bren Ten in 10mm and .45ACP