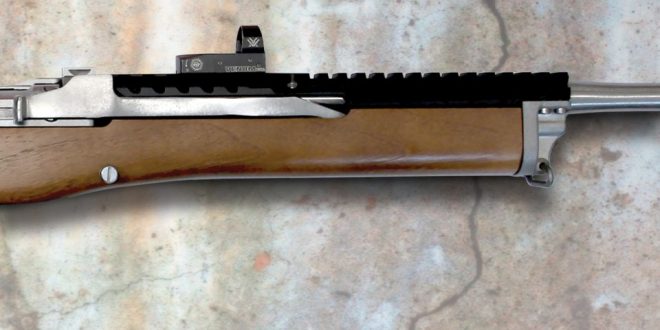 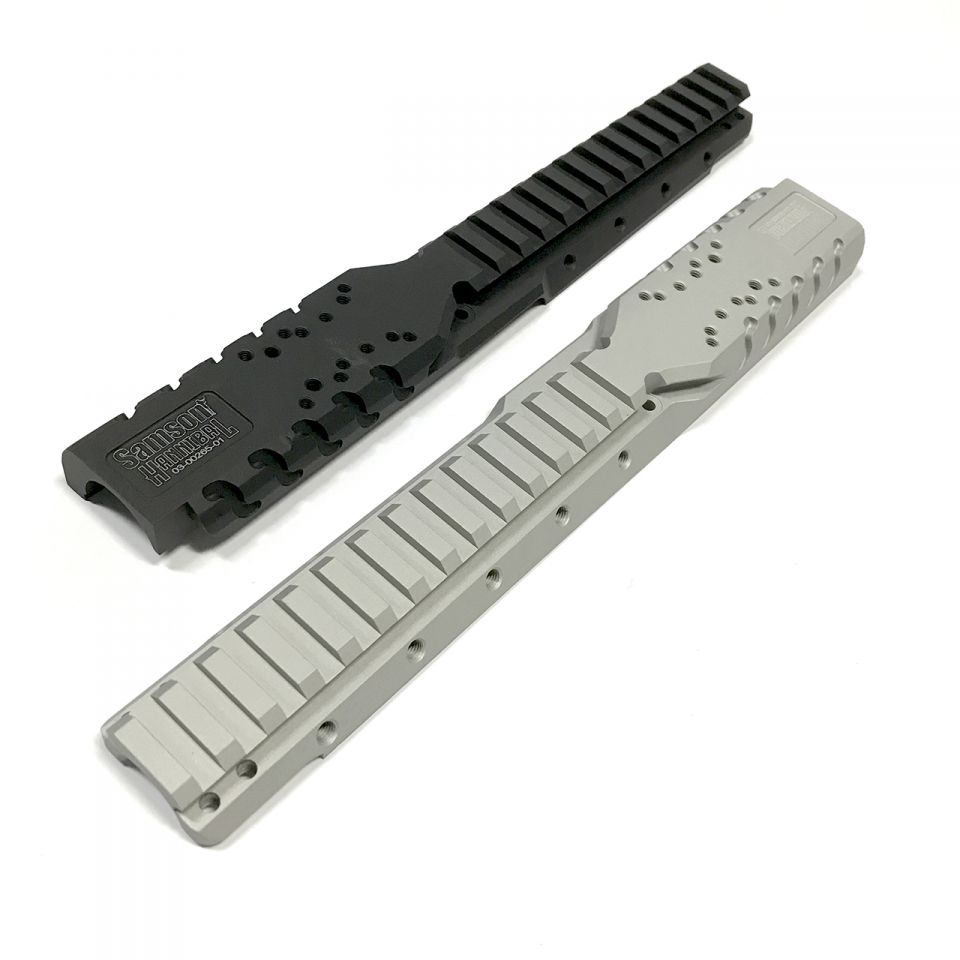 While we’re definitely tactical AR (AR-15) carbine/SBR (Short Barreled Rifle) guys here at DefenseReview (DR), we’re also fans of The A-Team (TV show, not movie), which makes us default fans of the Ruger Mini-14 tactical rifle/carbine, which was used by the A-Team’s confident (some would say “cocky”) and resolute cigar-chomping leader Colonel John “Hannibal” Smith…not that he ever actually shot anyone with it. In fact, we can’t remember a single person ever getting shot by the A-Team on that show. We’re not sure what that says about the Ruger Mini-14, but that’s not what we’re here about.

We’re here to talk (or in this case, write) about the Samson Manufacturing Hannibal Rail for the Ruger Mini-14 and Mini Thirty, which assists in bringing these rifle/carbines into the 21st century by giving you a nice Mil-Std-1913 “Picatinny” rail system for mounting combat optics…ya’ know, so you can actually hit stuff with it, unlike Hannibal. Here’s what Samson Manufacturing has to say about it: 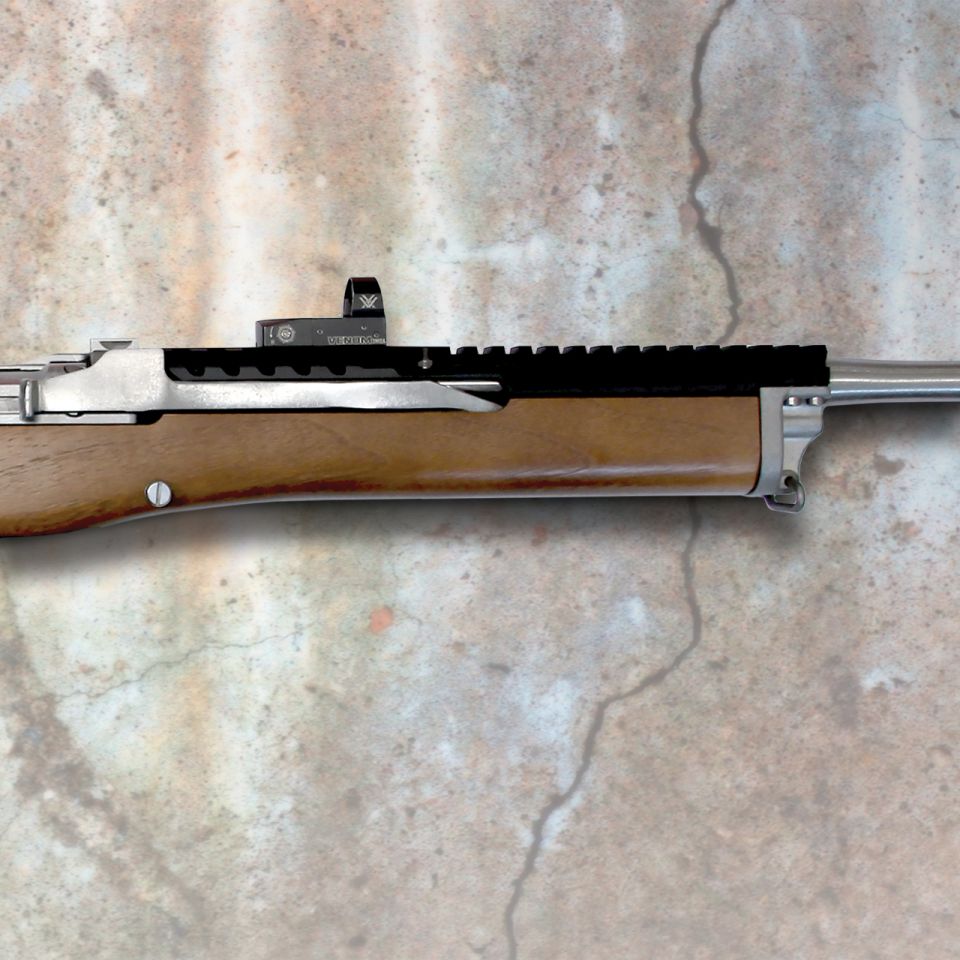 Reads pretty good. AND, it currently has an MSRP of just $144.99 USD. Just make sure you choose the right variant. Samson makes the Hannibal Rail for both Pre and post 2008 versions of the Mini-14 and Mini-30.

The following information on the Hannibal Rail comes directly from the company’s website: 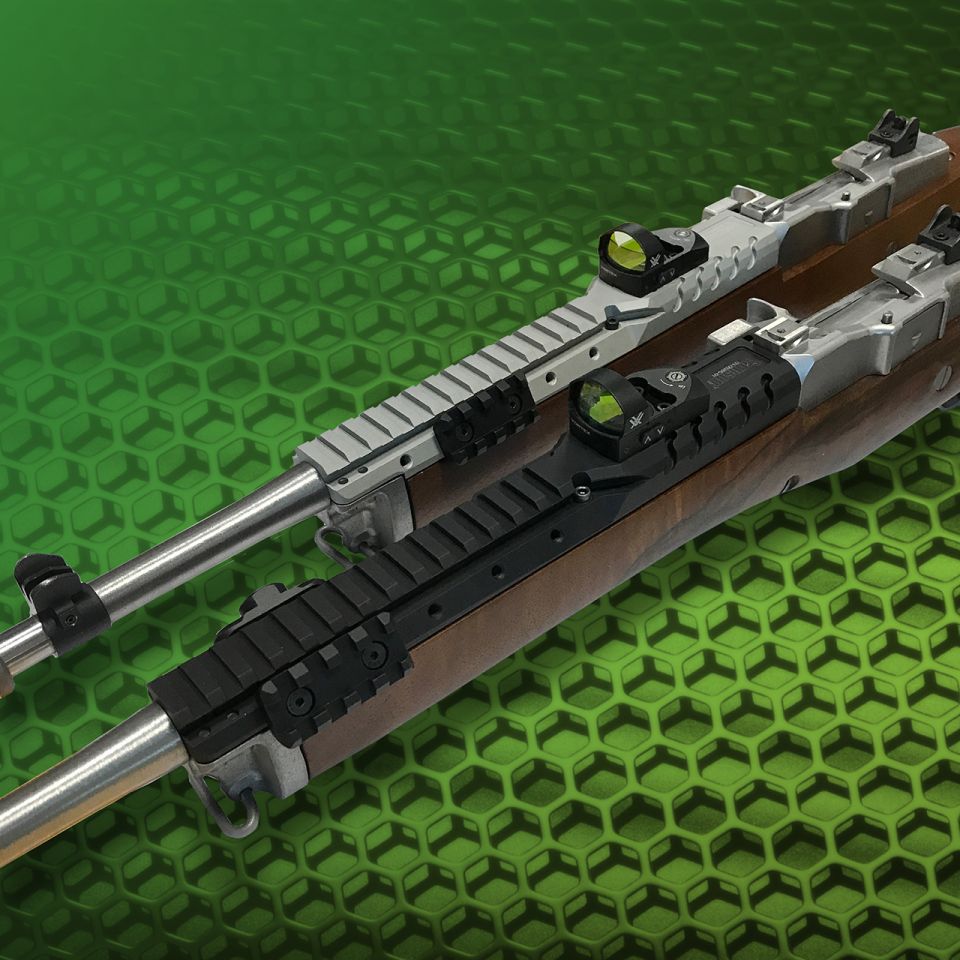 “Directly mount a micro red dot forward of the action without the need for a Picatinny rail clamp adapter. The integrated Picatinny rail on top of the Hannibal Rail is perfect for mounting any accessory your heart desires, and gives your rifle a more tactical look.

The included 2″ Picatinny rail and QD swivel mount can be attached to the side of the Hannibal Rail for even more accessory mounting options.

NOTE: With the large number of micro red dots currently available on the market, along with any that may come out in the near future, it is impossible to guarantee that every single one will be compatible with the Hannibal Rail. Whether it’s minor changes in the optic footprint, or differences in the optic mounting screw thread pitch, our customer service will do everything they can to answer any compatibility questions you may be having.