My good friend and professional contact, prolific infantry small arms/machine gun designer Jim Sullivan (a.k.a. L James Sullivan), has complained to me quite a bit about U.S. military infantry warfighters not having an American version of the Russian RPG-7 / RPG-7V shoulder-launched, anti-tank rocket-propelled grenade weapon system (recoilless rifle) at their disposal to match our current and potential future enemies’ RPG-7s / RPG-7Vs. The advantages of the RPG-7 anti-tank weapon system are several.

First, the size of the RPG-7’s warhead/projectile is not limited to the size of the launcher tube, so you can use variable-size warheads that carry more payload and greater penetrative capability than an M72 LAW (Light Anti-Tank Weapon a.k.a. Light Anti-Armor Weapon) 66mm HEAT warhead. Second, the RPG-7’s reloadable/reusable aspect allows the user to carry a quiver of different types of RPG rounds (i.e. standard HEAT warhead, dual-HEAT warhead, and thermobaric rocket-propelled grenades) on his back and quickly choose the best one for the job, load it, fire it at the target, and then reach back and grab the next one in the quiver (or have his buddy grab it for him), load it, and fire it again, which may offer some tactical advantages over carrying multiple disposable rocket launchers on his back. And third, both the the RPG-7 and enhanced-armor-penetration-capable RPG-29 Vampir (Vampire) recoilless rifles’ respective launcher tubes, ammunition (grenade rounds), and training requirements are significantly less expensive than the U.S. military’s closest equivalents, the M3 Carl-Gustaf 84mm Recoilless Rifle / Multi-Role Man-Portable Anti-Tank Weapon a.k.a. M3 Carl-Gustav Recoilless Anti-Tank Rifle made by Saab AB a.k.a. Saab Bofors Dynamics and the Shoulder-launched Multipurpose Assault Weapon (SMAW) MK153 Mod 0, which is an 83mm multi-purpose recoilless rifle.

The M3 Carl-Gustaf is, no doubt, an excellent weapon system, but it is cost-prohibitive (i.e. too expensive) for many armies to procure it in large numbers. The M3 Carl-Gustaf’s relatively high cost (launcher, ammo, and training) has even contributed to its relatively limited numbers in the U.S. military inventory. The U.S. version is designated as the M3 MAAWS (Multi-role Anti-Armor Anti-personnel Weapon System), and is primarily in use with U.S. military Special Operations Forces (SOF) under USSOCOM a.k.a. SOCOM. 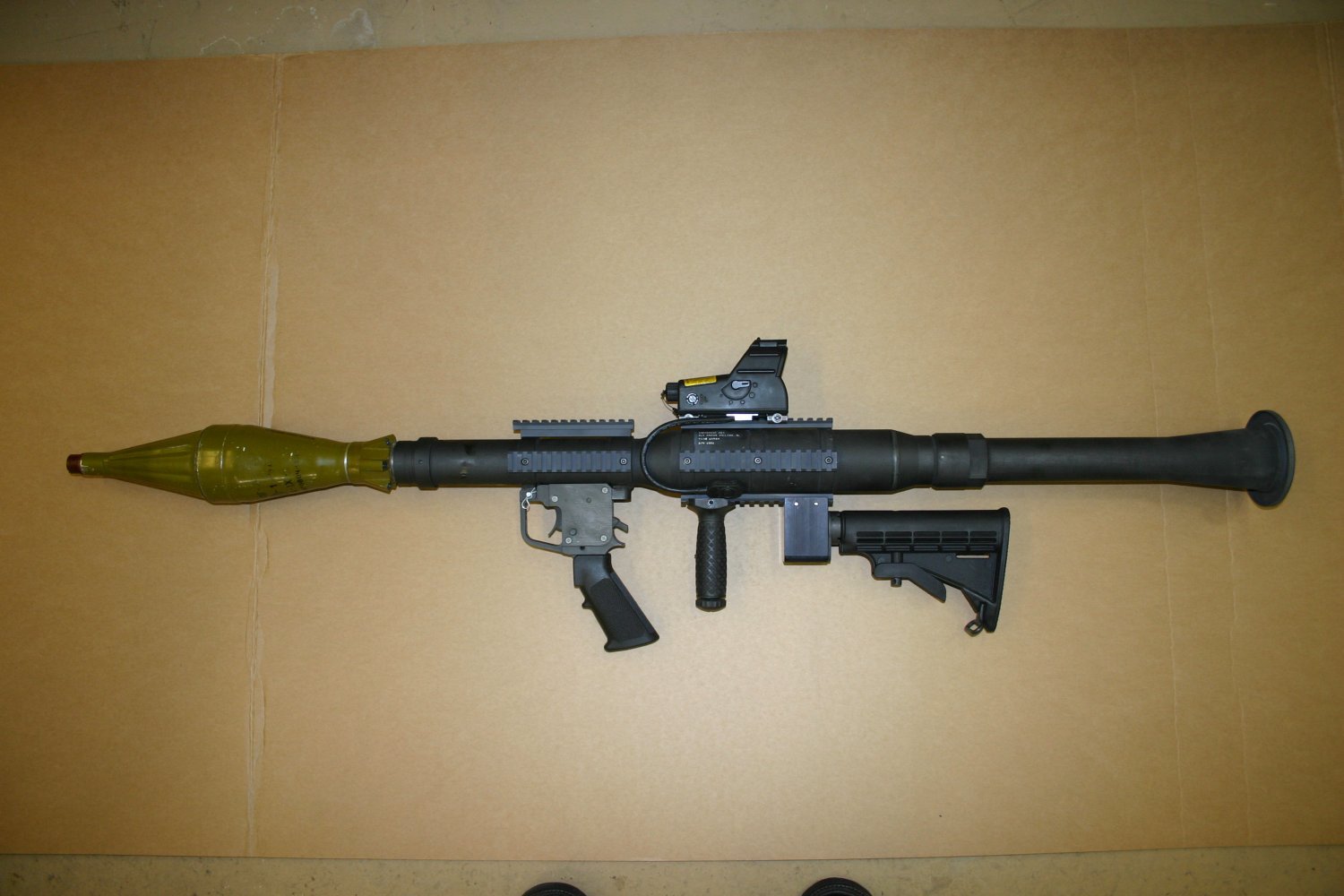 Enter the good folks at Airtronic USA, Inc. who have recently developed an American-version a.k.a. Amerikansky RPG-7 / RPG-7V with a couple of M4/M4A1-Carbine-type features that U.S. military infantry warfighters should enjoy (see features below), and it’s about time somebody did. Quite frankly, an American-made RPG-7 / RPG-7V system is long, long overdue. 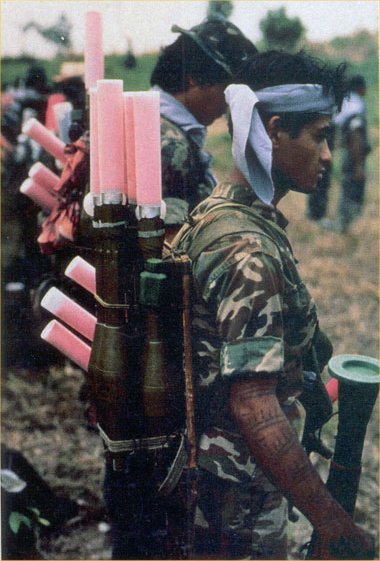 Airtronic USA calls their Americanized RPG-7 / RPG-7V the RPG-7-USA. The Airtronic RPG-7-USA reloadable and manportable (unguided) shoulder-fired anti-tank weapon is an exciting new development and a potential game changer for U.S. military infantry warfighting capability, particularly in urban warfare environments, if it’s adopted in large numbers. Another plus is that it’s made right here in the USA (Chicago area) to American manufacturing precision and quality standards.

DefenseReview is curious as to whether or not it’s possible to integrate a Spike multi-role, fire-and-forget guided missile-type low-cost projectile-guidance system into the RPG-7-USA launcher and ammo in order to create an enhanced-capability fire-and-forget guided version RPG-7 that doesn’t miss. The Spike guided multi-role missile costs only about $5,000 ($5K) per round (as of 2006-2007 time frame), which is the least expensive multi-role guided missile system of which Defense Review is aware. A low-cost reloadable multi-role guided-rocket system that would allow U.S. military infantry warfighters to accurately engage armored ground vehicles, low-flying, slow-moving aircraft (like helicopters), and structures–the urban warfare target trifecta–would be a definite and very-serious game changer for them, whatever form it takes (Spike or RPG-7-Guided).

Perhaps Airtronic could subsequently develop an Americanized RPG-29 / RPG-29N Vampir (Vampire) launcher with 105mm tandem HEAT (High Explosive Anti-Tank) PG-29V tandem-charge-warhead grenade round. The standard-version American RPG-29 could then be followed by a fire-and-forget guided version. Who knows, we may have to go up against China and/or Russia at some point in all-out conventional nation-state warfare, and a relatively inexpensive guided-rocket RPG-29 light anti-tank weapon would be a nice thing for our troops to have.

Anyway, the above are just a couple of ideas that we think are perhaps worth pursuing. In the meantime, the Airtronic USA RPG-7 should do just fine in its current state–assuming the U.S. military gives it a shot (pun intended), that is.

Mid-Atlantic Training Resources (MATR) has published an interesting full-color, high-end RPG-7 Operator’s Manual called the Practical Guide to the Operational Use of the RPG-7 Rocket Propelled Grenade Launcher that looks pretty good and is definitely worth checking out for anyone interested in the RPG-7 / RPG-7V system. The book is currently available through Blackheart International Gear (BHI Gear) for $39.00 USD.

Would you like to comment on this article? We welcome your participation and would love to hear your feedback and opinions!