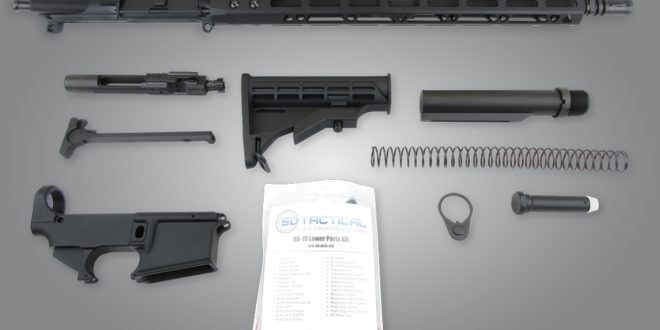 The Reload has obtained a 107-page Bureau of Alcohol, Tobacco, Firearms, and Explosives (ATF) document that details the Biden administration’s plant to ban “Ghost Guns” made from 80% parts kits. Here’s an interesting, substantive excerpt from The Reload’s story on it:

The document reworks and broadens the definition of what parts constitute a regulated firearm receiver. It then says any unfinished part that “may readily be converted” into a receiver must be treated as a receiver and requires sellers to obtain federal licenses, mark the unfinished parts with serial numbers, and perform background checks on buyers. The proposal provides only subjective standards for what makes an unfinished part “readily” convertible into a finished firearm but provides footnotes to court cases where the term has been applied. One court example included in the document said a part completed in “around an eight-hour working day in a properly equipped machine shop” was considered “readily” convertible. The only example of a ruling defining when a part is not “readily” convertible involved a process that “required [a] master gunsmith in a gun shop and $65,000 worth of equipment and tools.”

According to the nicely-detailed piece, the document provides examples that show the new, proposed rule “would likely outlaw the sale of any unfinished receiver, especially when included in a kit with other parts and instructions or tools needed to complete the part. That’s because most unfinished parts sold in America today, including so-called 80% AR-15 lowers, can be finished at home in a few hours with commonly available tools like drill presses and compact mills.”

The ATF admits that this will have a “significant impact” on companies that sell unfinished AR-15 receivers, but it still “expects them to adapt to the new rule” as follows:

“Based on current marketing related to the unregulated sale of certain firearm parts kits, ATF anticipates that these non-FFLs would either become FFLs or would take a loss in revenue to sell a parts kit that does not contain a frame or receiver, or simply sell the frame or receiver, but not both,” the document states.

The official, full proposal will drop publicly in about two weeks, so some of its details may change over that time. ““I want to see these kits treated as firearms under the Gun Control Act, which is going to require that the seller and manufacturers make the key parts with serial numbers and run background checks on the buyers when they walk in to buy that package,” said Biden in a speech at the White House.

Anyway, you can read more about it at The Reload, here.