DefenseReview has been using TangoDown "Rail Grip" polymer rail covers (a.k.a. rail panels), "BattleGrip" vertical foregrips and "Rifle Grip" pistol grips (for rifles) on tactical AR-15 carbines and subcarbine/SBRs (Short Barreled Rifles) for quite awhile, now. These products have always performed well, and we’ve been satisfied with them.

TangoDown’s most interesting product at the moment is their ARC two-piece polymer magazine (30 rounds), which they started developing about 4 years ago for the SCAR program (FN MK-16 SCAR-L and FN MK-17 SCAR-H). The TangoDown ARC magazine was designed and developed from the ground up to for…

strength, reliability and modularity at a competitive per-unit cost for SOCOM (USSOCOM). When Defense Review spoke with Jeff Cahill about the ARC magzine, he was very enthusiastic about it, so much so that he got us enthusiastic about it. Understand that until now, the only experience we’ve had so far with polymer AR-15 mags is with the PMAG and MagLevel PMAG (30-rounds) made by MagPul Industries Corp.

Jeff told us that the reason for the ARC magazine’s two-piece polymer construction is so it will feed rounds reliably when inserted into a 4179 STANAG straight magazine well (like that used by the SCAR weapons and AR-15/M16/M4/M4A1 carbines and SBRs). This is why the top section of the magazine is straight. This top straight section is bonded to the bottom curved portion via a high-strength industrial adhesive that’s suposedly stronger than the base polymer material. A rectangular silicone O-ring "gasket" is integrated at this juncture to form a seal between the inserted magazine and the magwell, so foreign debris can come up the magwell and into the weapon or magazine. The ARC mag doesn’t have a removable floor plate like a standard AR-15/M16 mag, so dirt and debris isn’t getting inside the mag via that route, either.

Here’s what Mr. Cahill had to say about the ARC mag on February 11, 2008 in a LightFighter.net forum thread started by Chen Lee a.k.a. "SMGLee" right after he photographed it at SHOT Show 2008:

"Our design goal when we initially began this project about 3 years ago was to produce a polymer mag that had enhanced reliability, modularity for different ammunition capacities and competitive per-unit cost for the SCAR program.

We will be initially producing 2 calibers, 5.56x45mm and 7.62x51mm for both FN SCAR light and heavy weapons.

For enhanced reliability, we chose sealing the mag from the environment as much as possible, deleting the floorplate. A by-product of that
was tremendous strength exhibited by the 5 sided box construction in FEA studies. Cleaning the magazine is easy, requiring no disassembly. Compressed air or water jet through the slots in the follower while the magazine is upside down will remove any debris. We do have a Maritime version that has a one way drain valve for OTB operations.

The two-piece housing assembly allows us to use optimum ammunition ‘stack’ in the design. We can tightly control the molding process at the same time, as we are making 2 small shots instead of one long one. Material freeze off is no longer an issue. The industrial adhesive we use to join the 2 halves exceeds the strength of the base material. Additional benefit is that we can mold the entire lower half of the magazine in a transparent/translucent material for ammunition viewing, keeping the superior strength reinforced material up top for the feedlips, etc. 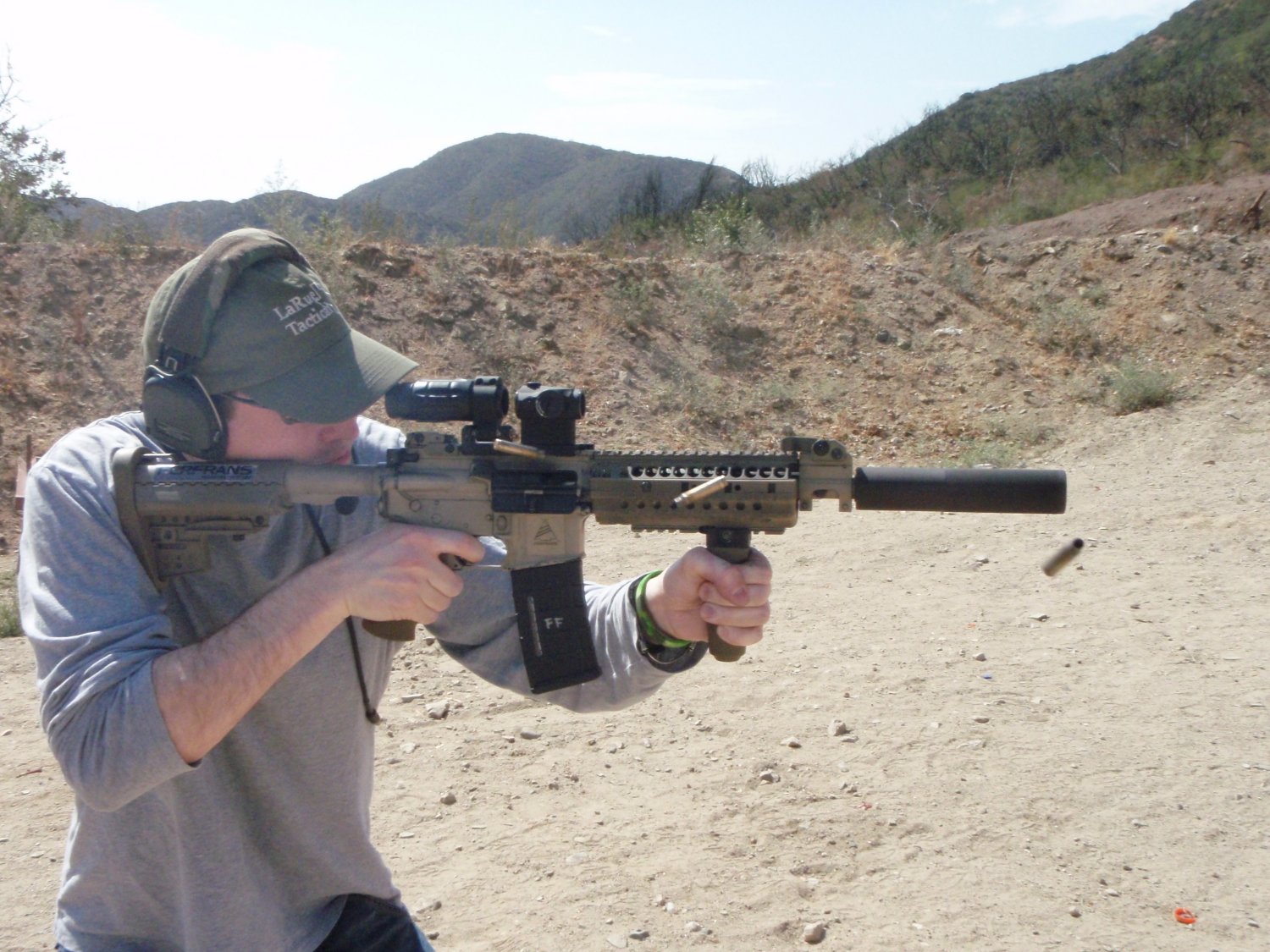 The ‘gasket’ between magwell and magazine is actually a soft durometer silicone seal that is bonded to the magazine. It can’t shift or migrate on the magazine body. We used a foam seal at the Show for demonstration purposes. A specific type of magazine carrier design is underway, to answer that question. It will be trick.

In all the studies we researched, the primary mechanical cause of magazine failure to feed was due to feedlip issues. Springs and followers were down the list. By using a high quality coated spring, our sealed design would need to be replaced only when the lips were worn out and/ or damaged.

The follower is pretty novel, and is driven differently than existing baseline G.I.-type followers

The comprehensive testing and documentation will be done by DoD, and we will not release this product commercially or otherwise until it is ready to go. We are seeking the next level of small arm magazine performance."

Needless to say, DefenseReview can’t wait to get our hands on a bunch of TangoDown ARC mags for a lengthy full-auto and rapid-semi-auto fire T&E session.

Note: In the Lightfighter thread, the photos shown are of an SLA prototype (rapid prototype).

The Firearm Blog (www.TheFirearmBlog.com) also has an excellent post on the ARC, which states that it will finally be going into production in 2009, no doubt timed to coincide with SHOT Show 2009. The ARC mag has an MSRP of $24.95, and can be pre-ordered from BravoCompanyUSA.com.

David Crane started publishing online in 2001. Since that time, governments, military organizations, Special Operators (i.e. professional trigger pullers), agencies, and civilian tactical shooters the world over have come to depend on Defense Review as the authoritative source of news and information on "the latest and greatest" in the field of military defense and tactical technology and hardware, including tactical firearms, ammunition, equipment, gear, and training.
Previous EOTech HWS Combat Optic Conflict with Polarized Sunglasses?
Next Tactical Response ‘Fighting Rifle’ Tactical Shooting Course Review