One of our readers, Justin Guyett, has brought a potentially important tactical hardware conflict to DefenseReview’s attention after reading our photo analysis of a 5-man U.S. Secret Service PPD CAT team in a "war wagon" SUV while they were protecting President-Elect Barack Obama in downtown Chicago. In that piece, we recommended that any/all PSD operators (including VIP/executive protection specialists like Secret Service personnel) utilize polarized lenses in their tactical eyepro sunglasses in order to be able to see clearly through vehicle windshields and windows. This ability has tactical importance for obvious reasons.

Well, as it turns out, polarized sunglasses may have an Achilles heel when it comes to the EOTech 550-series Holographic Weapon Sight (HWS) combat optic a.k.a. combat sight, and vice versa. According to tactical shooting instructor John Farnam of Defense Training International, Inc. (DTI), if you’re wearing polarized sunglasses, i.e. tactical sunglasses with polarized lenses, and you… 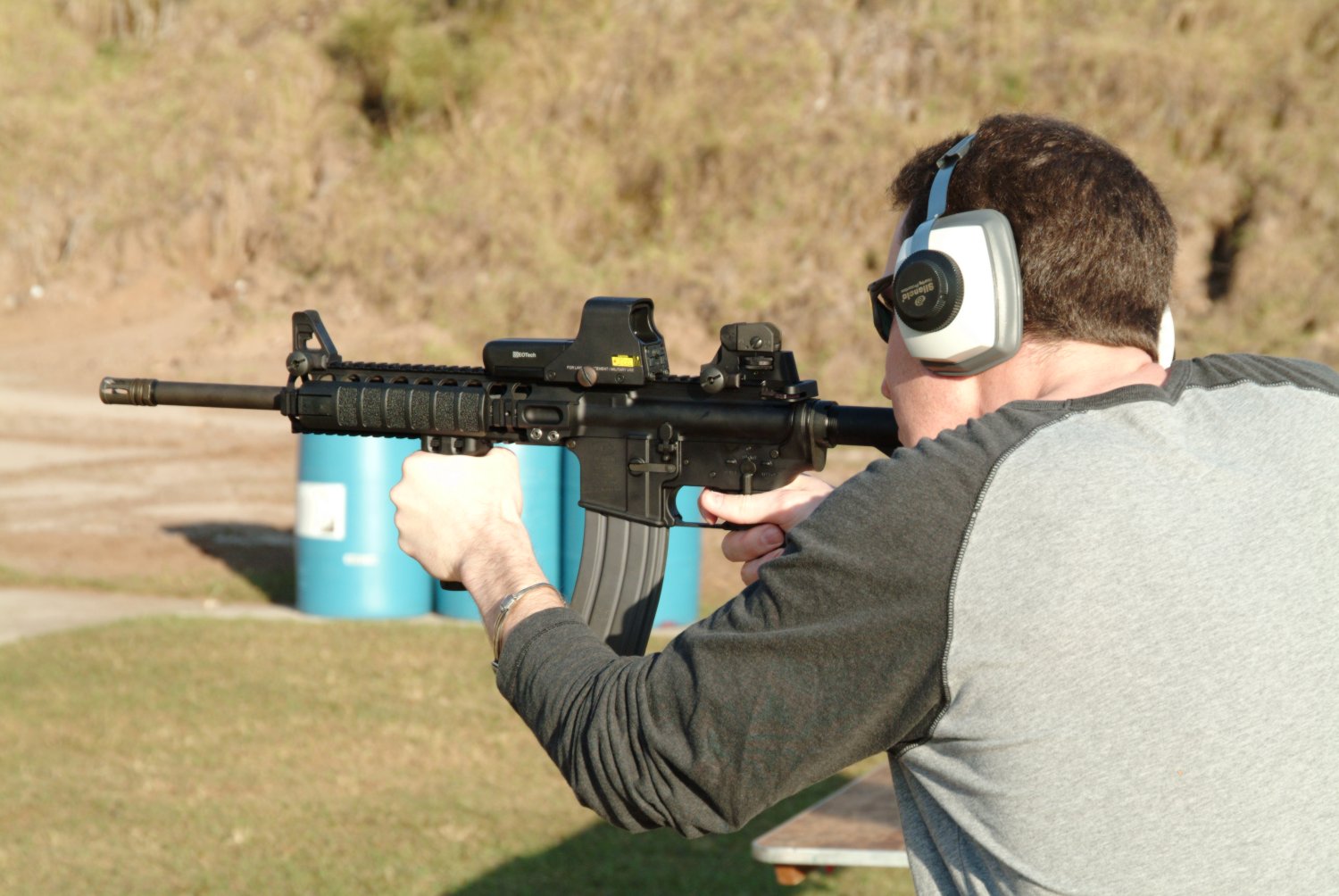 get off the centerline of an EOTech 550-series HWS combat optic by approx. 30-40 degrees (Farnam’s estimation) or more, the EOTech’s red circle-dot reticle will disappear on you. Put another way, if you look through the EOTech sight at an off-angle of 30-40 degrees or greater, the reticle disappears and you’re looking through a blank screen/window.

Farnam found this out while he was teaching his Urban Rifle/Shotgun Course. One of his students was wearing polarized sunglasses while using an EOTech, and he heard him say "my sight has gone blank!" Farnam and the student figured out that it only happened while shooting in "awkward shooting positions", which Farnam makes his students do during the course to simulate real combat conditions.

So, what’s causing this phenomenon? The EOTech Holosight is plane-polarized, which is necessary for the holographic projection mechanism, where the red circle/dot reticle is projected onto the screen like on a cockpit HUD (Heads-Up Display).

Click here to launch the EOTech HWS simulator, so you can see what we’re talking about. 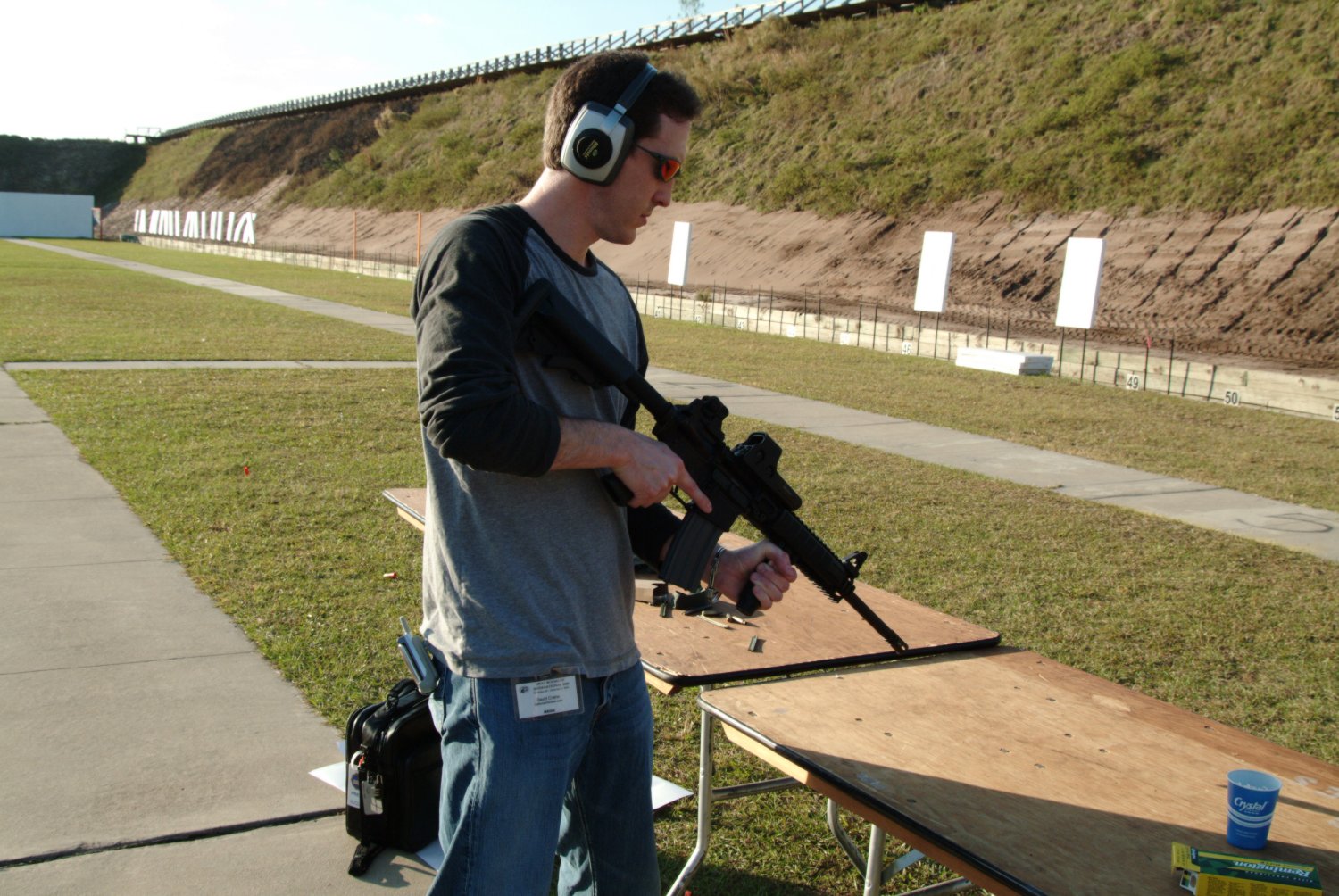 Farnam told Defense Review that this polarized sunglass lens/EOTech optic conflict isn’t that big a deal once you know about it and understand its root cause. According to him, as long as you’re aware of it, you should be able to work around it, adjusting your sighting eye position as necessary.  Of course, you’ll have to determine this for yourself.

We should mention that Farnam agreed with DefenseReview that polarized tactical sunglasses/eyepro are a good idea for PSD operators for the reason DefenseReview explained above. If you’re in that line of work, you have to be able to see what’s going on inside the vehicles around you at all times, period.

Anyway, thanks, Justin! We appreciate you bringing this to our attention. 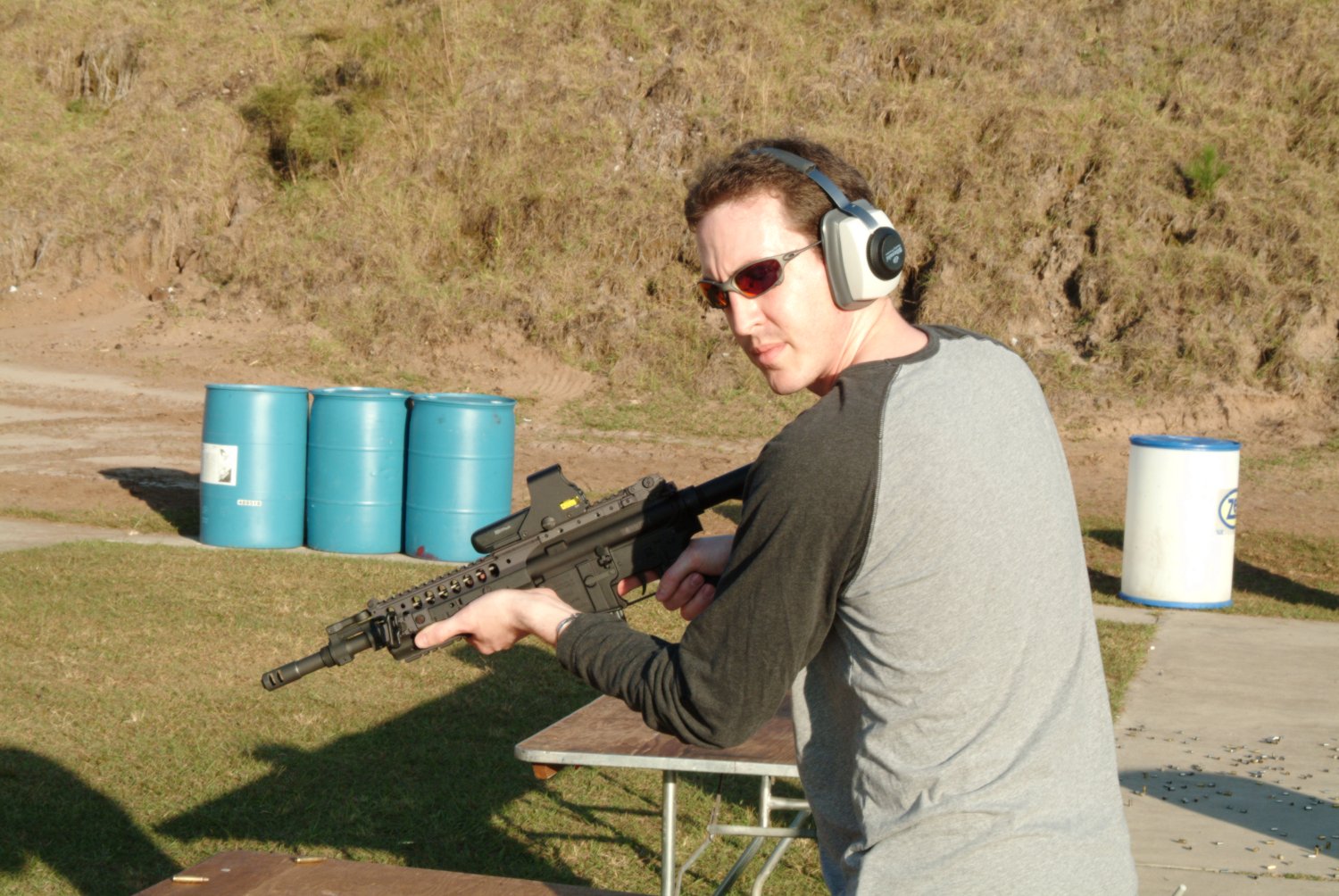 A student at an Urban Rifle/Shotgun Course in OH last weekend came to us with an EOTech-equipped M4. He and the rifle performed satisfactorily until we started movement/cover exercises, where he was compelled to move quickly into awkward shooting positions and engage targets at various ranges.

I suddenly heard him say, "My sight has gone blank!" Not knowing what he meant, but thinking the batteries may have gone dead, I looked over his rifle and through the EOTech. The reticle appeared regular, and brightness adjustments worked normally. I handed the rifle back to him, and, once more, he reported that he could not see a thing through the optic!

Now completely mystified, I again looked through the EOTech, and, again, everything appeared to be functioning normally. The red circle and dot were superimposed on the downrange area as I would expect to see.

After several frustrating moments, we finally figured it out!

My student was wearing polarizing sunglasses. The rear lens on the EOTech is plane-polarized, necessary for the holographic aspect to work. When my student viewed his EOTech with his head upright, everything worked normally. But, when he turned his head while acquiring an awkward position, his glasses rotated enough to conflict with the polarization of the EOTech. The result was no light coming through the optic, and the shooter thus looking at a blank screen!

The lesson here is that plane-polarized optics do not work well in combination with polarizing sunglasses.

I’m surprised we haven’t seen this phenomenon before now, but the effect was stark indeed in this case. When my student changed over to clear glasses, the problem disappeared.

Something to be aware of!

David Crane started publishing online in 2001. Since that time, governments, military organizations, Special Operators (i.e. professional trigger pullers), agencies, and civilian tactical shooters the world over have come to depend on Defense Review as the authoritative source of news and information on "the latest and greatest" in the field of military defense and tactical technology and hardware, including tactical firearms, ammunition, equipment, gear, and training.
Previous IDF Sniper Weapon System (SWS) .338 Lapua Magnum Bolt-Action Sniper Rifle
Next TangoDown ARC Polymer 30-round Magazine for Tactical AR-15 Carbines and SBRs