I’ll just come right out and say it: if the the NewMatics PM16 Government Model PCP (Pre-Charged Pneumatic) Rifle/Carbine performs as advertised–and based on DefRev’s conversations so far with its designer/developer, Mark Schavone, we have every reason to believe that it does–it is a major advance in combat simulation tools, and can drastically improve the marksmanship and fighting capabilities of U.S. combat troops, law enforcement personnel, and Homeland Security-minded citizens. DefRev is therefore going to do whatever’s necessary to get our hands on one of these little bad boys ASAP–and we’re going to run the hell out of it.
O.k., now that that’s out of the way, let’s get into what the NewMatics PM16 Government Model is. Basically, it’s a patented select-fire M16/M4 style air rifle/carbine that fires extremely inexpensive 15gr .22 Cal. copper-clad lead balls. The PM16 is the brainchild of NewMatics, Inc. CEO Mark "Doc" Schavone. Schavone designed and developed the PM16 to mimic EXACTLY the felt-recoil impulse, shooting characteristics, and operational and handling aspects of the M16 rifle/M4 Carbine, even though it’s air-powered and fires the aforementioned .22 cal. ball ammo. That’s right, an airgun that… 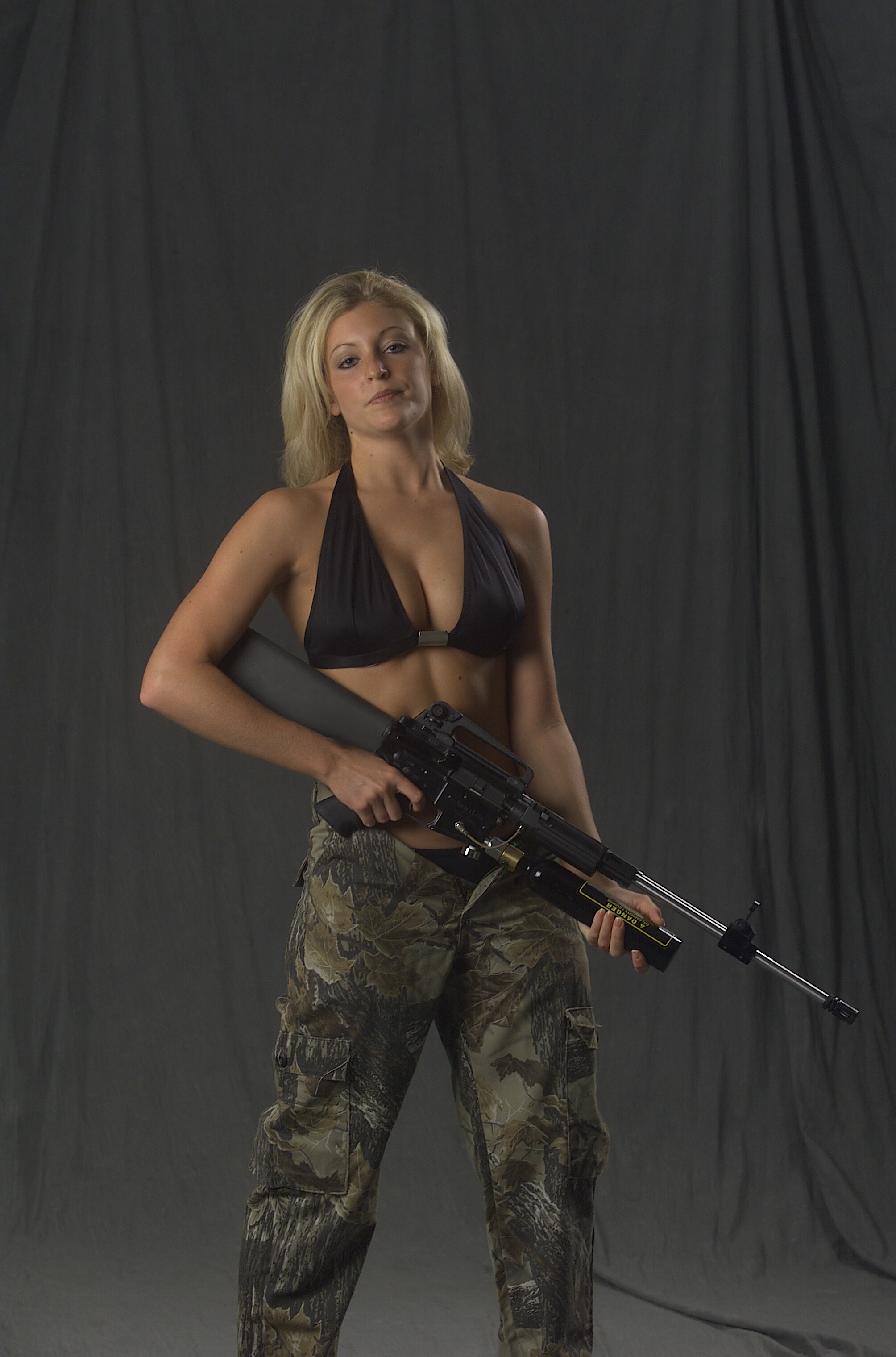 simulates the recoil and operation of a real M16/M4, without the associated dangers and high ammo cost. Pretty cool, huh?

Muzzle energy is 9 to 10.8 ft/lbs. Muzzle velocity is 525-760 fps. This means that the PM16 is NOT designed for force-on-force training, unless of course you’re a masochistic idiot. Rather, it is designed for marksmanship and urban warfare/CQB training using paper and steel (pepper popper) targets either outdoors or inside urban warfare-simulating shoothouses. For force-on-force training, one would need to convert the PM16 into another configuration–but I’ll get to that in a minute. Live-fire training with the PM16 is MUCH safer than doing so with a 5.56x45mm weapon.
According to NewMatics, target re-acquisition with the PM16 in semi-auto mode is virtually the same as an AR-15/M16. The PM16 is also surprisingly loud (again, according to NewMatics), which only serves to enhance the realism of the firing experience. So, U.S. combat troops, LE SWAT and patrol officers, and even regular citizens will now have the means to hone their combat rifle marksmanship and Urban Warfare/CQB skills like never before possible. With a PM16 in their hands, they’ll literally be able to rock n’ roll all day with one of these things for pennies–PENNIES. This gives military operators, LE SWAT operators and patrol officers, and recreational shooters A LOT more trigger time, which always translates into greater weapon handling and marksmanship proficiency.
And here’s the really cool part: the PM16 PCP Government Model air rifle, a NewMatics product, is actually manufactured and assembled under contract at FNMI (FN Manufacturing, Inc.) in Columbia, South Carolina. FNMI is the company that currently makes all the M16 rifles, M249 SAW/LMG’s, and M240 GPMG’s for U.S. Armed Forces. The PM16 is manufactured and assembled at that same FNMI plant, and production guns will be coming off one of the M16 assembly lines. FNMI is one of the best and most proficient small arms manufacturers in the world, so the fact that FNMI is NewMatics’ manufacturing arm virtually ensures a high level of quality. Definitely a positive aspect of the system. Just to be clear on this point, the PM16 PCP air rifle and Laser Sim are NewMatics products. FNMI just handles the actual manufacturing and assembly.
Ammunition capacity of the PM16 is currently 30 rounds, but an after-market 50-round capacity mag will be available soon. Sights and controls, except for the magazine release button, are identical to the M16. All gun handling aspects are the same, save of course for the weapon loading/unloading procedure which is different, due to the fact that the PM16 utilizes a tube magazine mounted parallel to the barrel rather than the M16’s box magazine.
The PM16 is modular in several respects: 1) You can convert it from M16 rifle to M4 Carbine (and potentially even a SOPMOD CQB/Commando subcarbine) configuration and back quickly and easily. The end user can change from fixed buttstock to collapsible/telescoping M4/CQB Carbine-style buttstock and switch barrels out (via a precision quick-change barrel system) in minutes. 2) By changing out the upper receiver, the PM-16 can be converted quickly and easily into a Laser Simulator rifle/carbine, making the PM16 a truly modular, multi-aspect training system. The PM16 will also sport a full 1913 Picatinny rail on top of the upper receiver, and there will be a 4-rail 1913 picatinny front handguard as an option for Surefire white light mounts (we’re partial to the Surefire M900 vertical foregrip series units over here at DefRev), AN/PEQ or AN/PAQ series IR lasers, vertical foregrips, and the like. If you decide to go with just a straight vertical foregrip (without the combo white light mount), DefRev recommends the CQD Vertical Foregrip by Duane Dieter (DefRev published a story on the Duane Dieter CQD vertical foregrip awhile back). 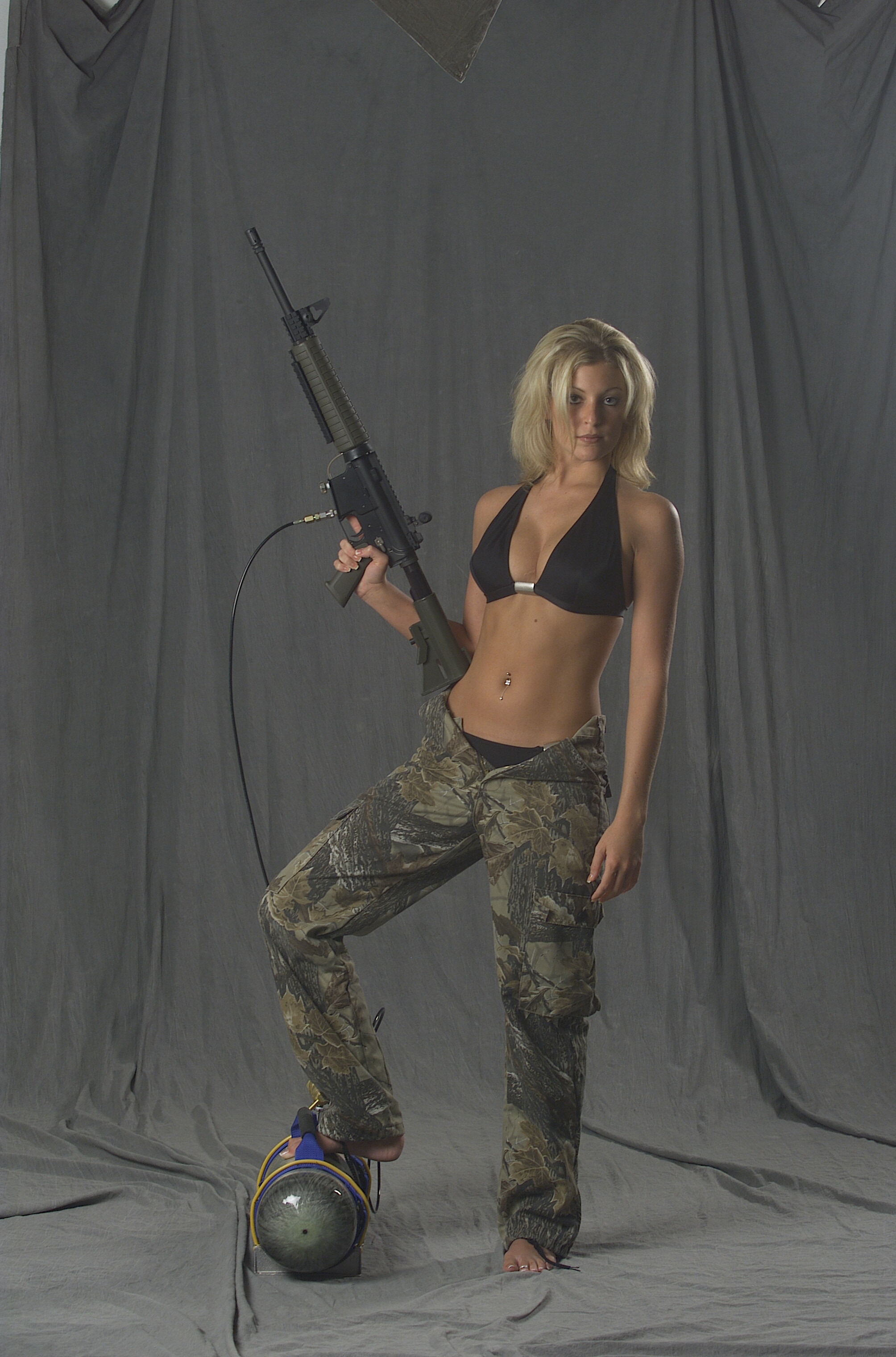 David Crane started publishing online in 2001. Since that time, governments, military organizations, Special Operators (i.e. professional trigger pullers), agencies, and civilian tactical shooters the world over have come to depend on Defense Review as the authoritative source of news and information on "the latest and greatest" in the field of military defense and tactical technology and hardware, including tactical firearms, ammunition, equipment, gear, and training.
Previous 6.8x43mm SPC Cartridge for Urban Warfare CQB and Short-to-Medium-Range Sniping
Next Corner Shot. ‘Cause You Never Know What’s Waiting for You Around the Corner.