While we’re on the subject of MOUT / urban warfare tactics a.k.a. urban combat tactics, DefenseReview was recently sent information on a new combat optic (optical sight) being introduced by FERFRANS Specialties for tactical / urban warfare applications. DefRev readers might remember the piece we published on the SOPMOD M4/M4A1 CQBR-type FERFRANS SOAR 5.56mm SBR/subcarbines (select-fire / full-auto SBRs) back in late July 2007. Anyway, the new combat optic is called the FERFRANS FAS (Fast Acquisition Sight), and its purpose is just how it sounds. It’s designed/developed to give tactical operators an EOTech 550-series HWS-type quick-sighting cability in a smaller/lighter package (i.e. a more compact envelope). The goal is to still be able to acquire and engage hostile targets in dynamic combat conditions as quickly as possible–just as fast as a DocterSight or EOTech 550-series Holographic Weapon Sight (HWS)–with minimum weight and peripheral vision obstruction. The FAS’ red dot is 3 MOA (Minute Of Angle). 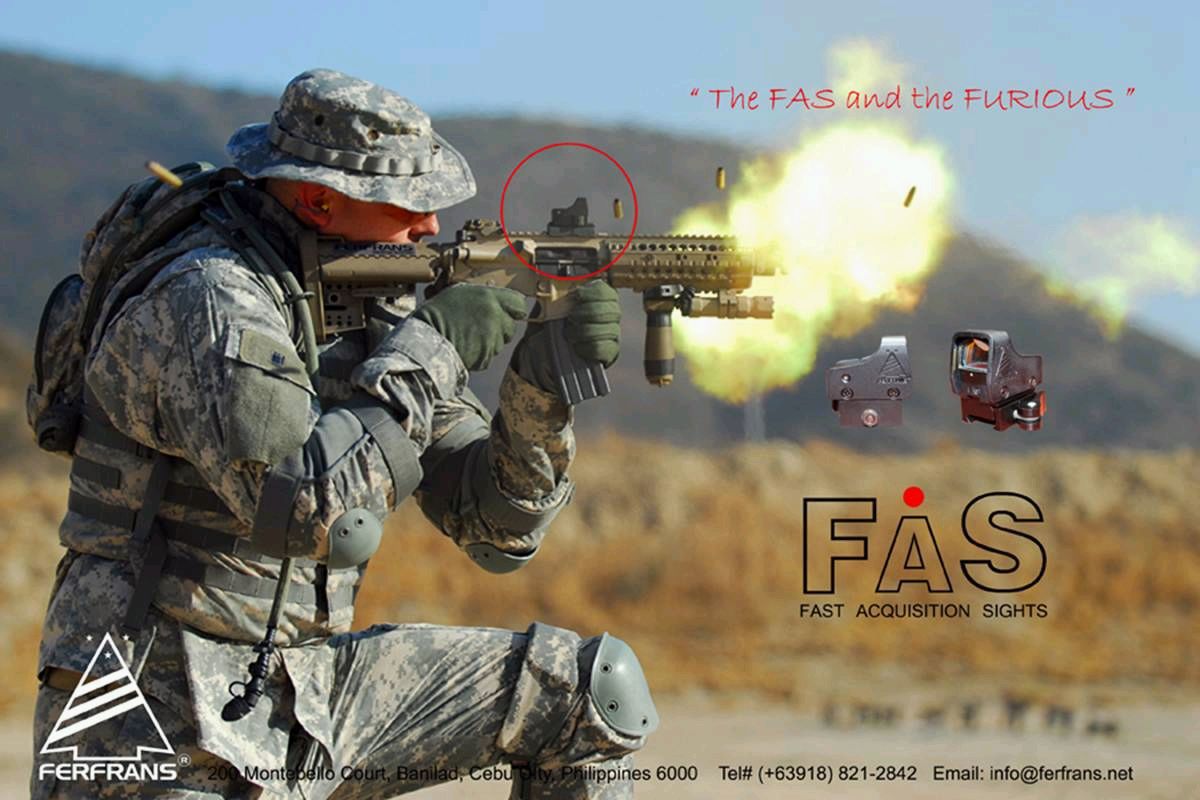 “This concept started when my instructor for the FERFRANS Full-Auto Course complained that the aimpoint and the EOTech [550-series] was too big for a sighting system. He opted to use the iron sights. So we did a lot of testing and he finally agreed that the red dot or the EOTech’s circle dot is faster, but it’s too big that it will block his view. So I thought of a smaller sight that is compact and small like the DocterSight. The only problem [with] the DocterSight is it is not robust enough for combat duty. So we created the FAS. I had some Navy SEALs test it in our full-auto course and they all love it. There were civilians that tested the fast and they have nothing negative to say about it. The dot is 3MOA. It uses a lithium battery 3V, CR2032. It similar to the DocterSight.
It has a brightness sensor with the Seals using it at noon time with no problems of brightness. All other specifications are the same as the DocterSight.”

Like the JPoint Micro-Electronic Reflex Sight, the FERFRANS FAS combat optic/sight utilizes a sensor that allows the brigtness of the red dot targeting reticle to adjust automatically to ambient light levels, so the operator doesn’t have to waste valuable time, effort and thought adjusting it while under duress during combat.

The FAS is ideally-suited to CQB/CQC applications, but it can also be used to engage targets out to medium distances (as far as 200-300 yards) with its 3-MOA dot.

The FAS will be available to Mil/LE personnel and civilians. If you want to purchase the FAS for yourself or your team/unit, you’ll have to wait until SHOT Show 2008, which is coming up in a few months (February 2-5, 2008). The FAS will be offered at at a special introductory price at the show (SHOT Show), so just keep that in mind if you attend. After that, it will be available to the public at the standard price ($220 USD). 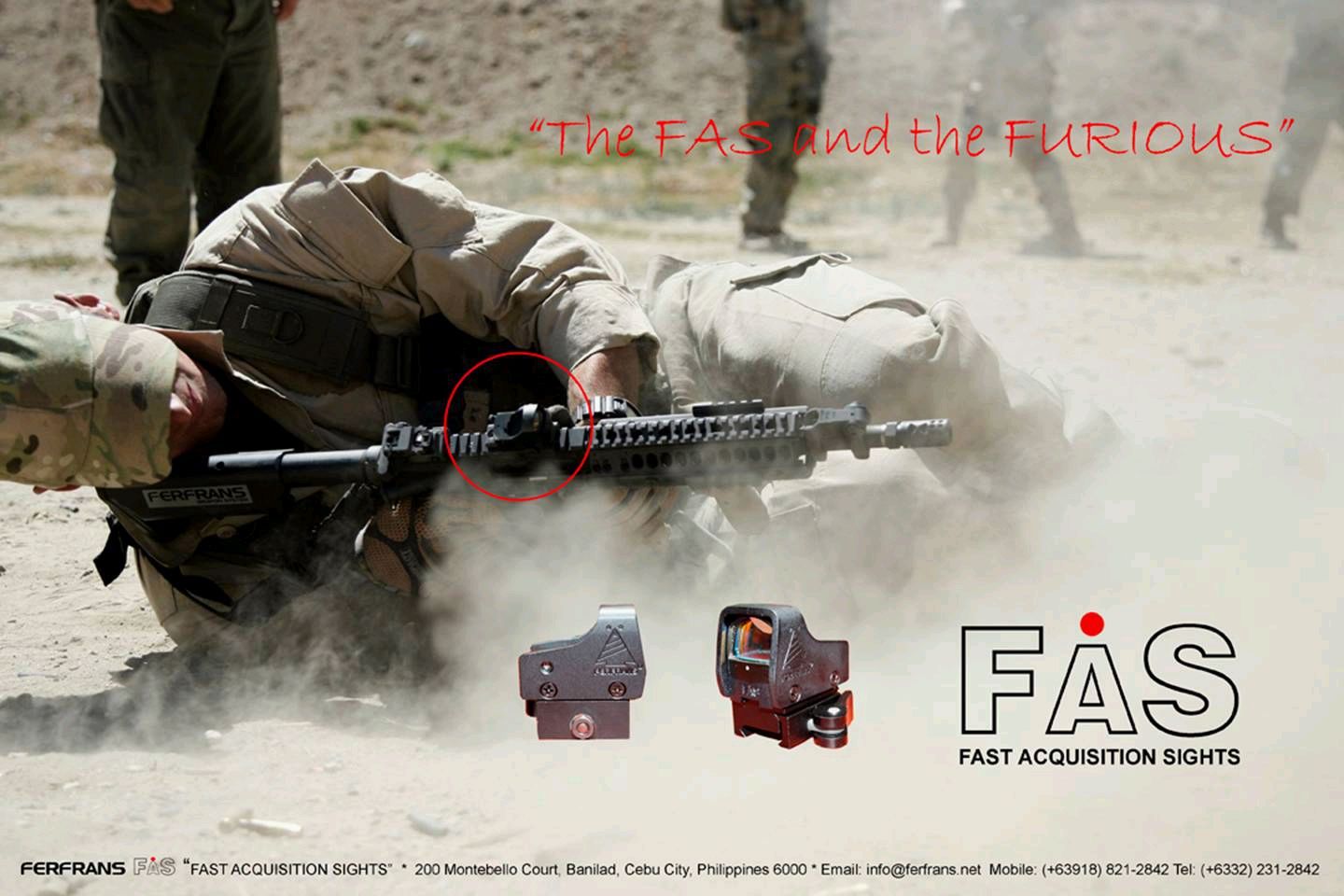 The FAS will be manufactured exclusively for FERFRANS Specialties by Hines Sight (sounds like “hindsight”), and offered to the public at a planned suggested retail of $220 USD. Hines Sight is a new combat optics company being launched by the owner/president of Falcon Industries Inc., who makes the ERGO Grip for rifles, carbines and pistols.

From the photos, the FAS looks good, and we’ve heard that the U.S. military Special Operations personnel who have seen and/or handled the sight so far have been very interested in acquiring samples for testing. However, we won’t know just how good this little combat optic is (and put our the DefenseReview seal of approval on it) until we test it ourselves. DefenseReview looks forward to trying the FAS out on one of our own AR (AR-15) 5.56 carbines, and we’ll probably end up testing it out on the Larue Tactical Stealth Sniper System LT011 (16-inch barrel) a.k.a. LT 16″ QUAD-S complete upper that just arrived from UPS while I’m writing this article. Great timing!

So the reader is aware, the weapon pictured in the accompanying photos is the FERFRANS SOAR select-fire (full-auto) SBR / subcarbine chambered in 5.56x45mm NATO/.223 Rem. Fantastic gun, by the way. 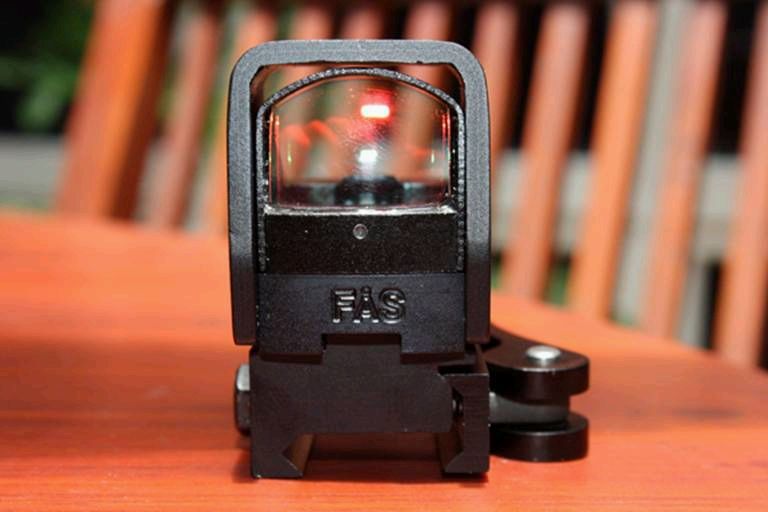 Looking through the FAS… 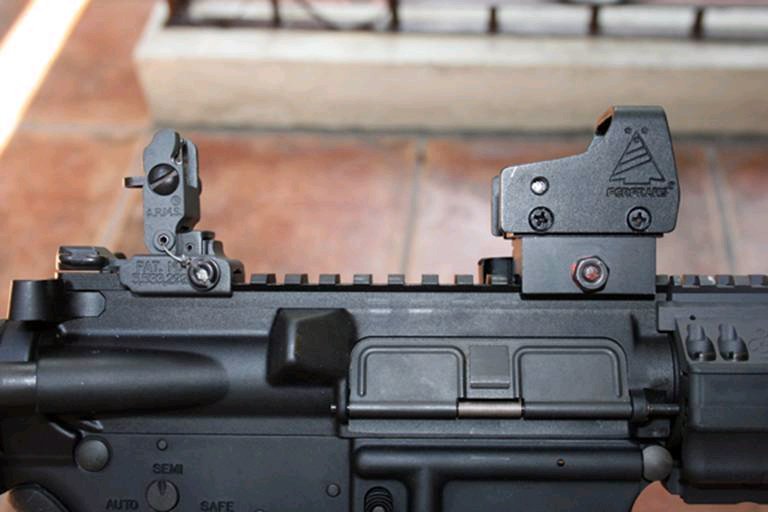 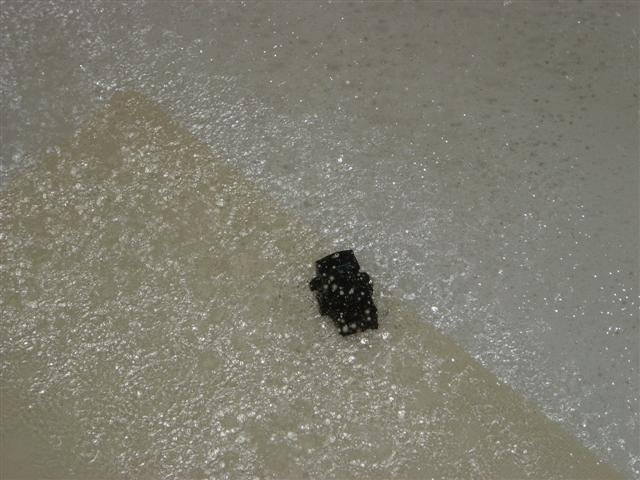 Acronyms (used in this article):

David Crane started publishing online in 2001. Since that time, governments, military organizations, Special Operators (i.e. professional trigger pullers), agencies, and civilian tactical shooters the world over have come to depend on Defense Review as the authoritative source of news and information on "the latest and greatest" in the field of military defense and tactical technology and hardware, including tactical firearms, ammunition, equipment, gear, and training.
Previous New MOUT Tactics: Mirror-based Sighting Devices For Tactical Small Arms
Next U.S. Army Stops Independent Testing of Interceptor Body Armor (UPDATE 1)