DefenseReview is always interested in new pieces of tactical hardware that make it possible to employ/deploy and/or handle/manipulate a tactical rifle/carbine/SBR (Short-Barreled Rifle) or tactical pistol more quickly and efficiently. While we were at SHOT Show 2009, we heard about just such an item from one of our professional contacts, who informed us that MagPul Industries Corp. was introducing a very cool tactical rifle/carbine/SBR (Short-Barreled Rifle) sling under its MagPul Dynamics training brand. So, we made sure to make a trip ove to the MagPul Industries booth to check it out. 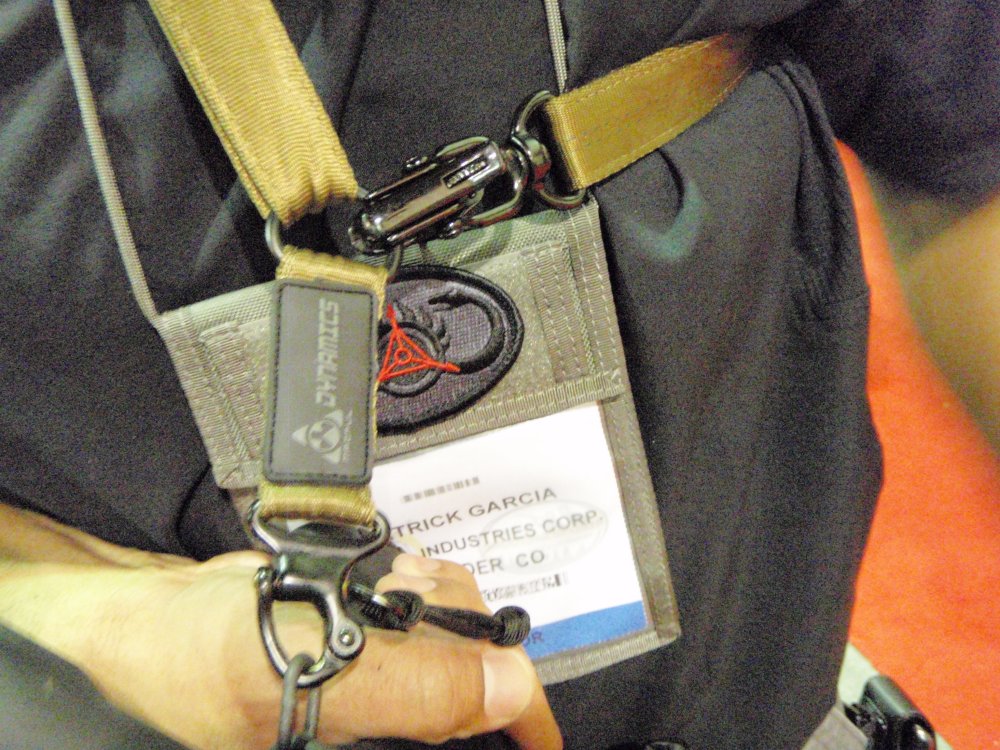 a very simple system/mechanism called the LockJaw (also written "Lock Jaw"), which MagPul Dynamics’ Patrick Garcia was kind enough to demsonstrate to us. The Lockjaw is basically a simple clamping mechnism (just "push and release" to attach it). The MagPul Dynamics one-point/two-point combo tactical sling definitely follows the K.I.S.S. (Keep It Simple Stupid) formula, and, in Defense Review’s opinion, is now the tactical sling to beat, assuming it’s appropriately rugged under adverse/combat conditions (which me must assume, since it’s a MagPul product).

The MagPul Dynamics tactical rifle sling works synergistically with the Ambidextrous Sling Attachment Point (ASAP) rear plate for the AR-15 carbine/M4/M4A1 system, which mounts on the rear of the weapon’s receiver. The ASAP plate gives 180 degrees of throw, which allows the shooter the flexibility of being able to switch the gun from one shoulder to another, like when he has to shoot around a barricade. The sling has a quick-release feature, so you can break it free from the gun instantaneously in an emergency. This feature can come in handy during maritime operations, if you have to ditch your weapon.

DefenseReview will try to get our hands on the new MagPul Dynamics Single-Point (a.k.a. One-Point)/Two-Point tactical rifle/carbine sling as soon as we can for T&E. 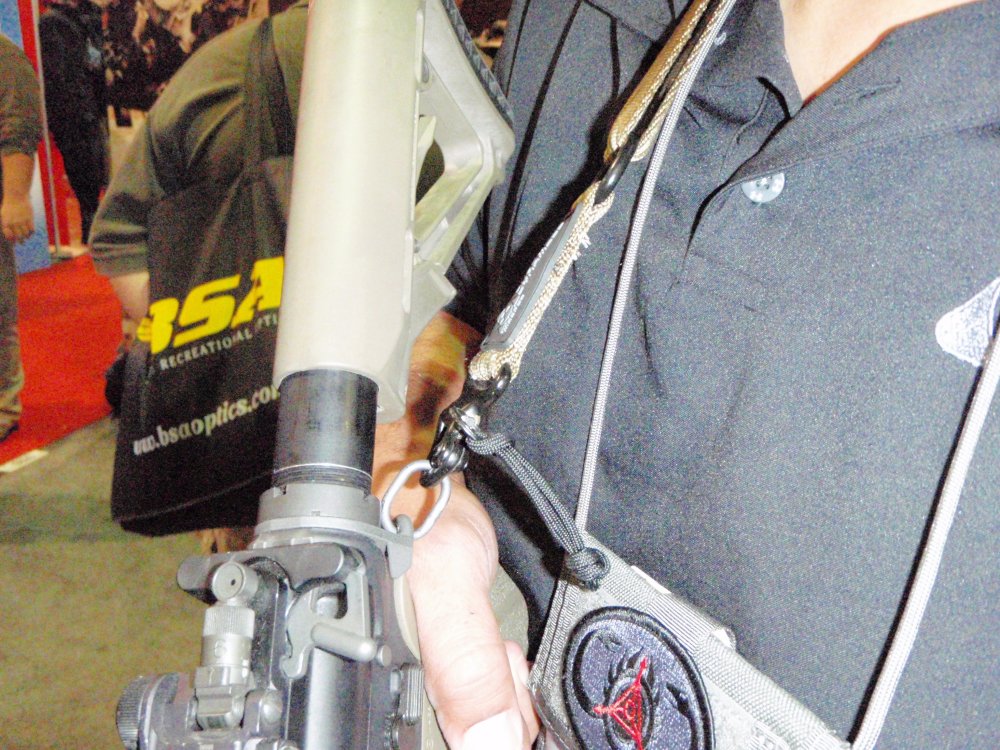 MilSpecMonkey conducted a video interview with Chris Costa (a.k.a. Christopher Costa), MagPul Dynamics’ Director of Training, about the new tactical sling, which can be viewed here:

In the video clip, Costa also demonstrates a MagPul Dynamics proprietary prototype device that makes clearing a double feed on an AR-15 carbine/M4/M4A1-type carbine/SBR faster and more efficient. The device looks interesting, however the problem with it is that it requires the operator to perform a different manual of arms vs. a standard AR-15 system without the device. This can be problematic if your weapon goes down, and you have to use a standard-config AR, instead.

DefenseReview met up and talked with Mr. Costa at the MagPul Industries booth, ourselves, about MagPul Dynamics’ tactical training, i.e. tactical rifle/carbine/SBR shooting instruction. We were impressed with him, as well as with the MagPul Dynamics promotional video The Art of the Tactical Carbine II (the follow-up video to the original The Art of the Tactical Carbine video) that was playing at the booth.  It’s a very slickly-produced high-definition video of MagPul Dynamics advanced tactical carbine TTP (tactics, techniques and procedures) training course. During our conversation with him, Costa came across as a straight shooter (excuse the pun) who knows what he’s talking about, and the video backs him up.  Defense Review is looking forward to training with them, and we’ll use the MagPul Dynamics tactical sling/ASP plate system when we do. 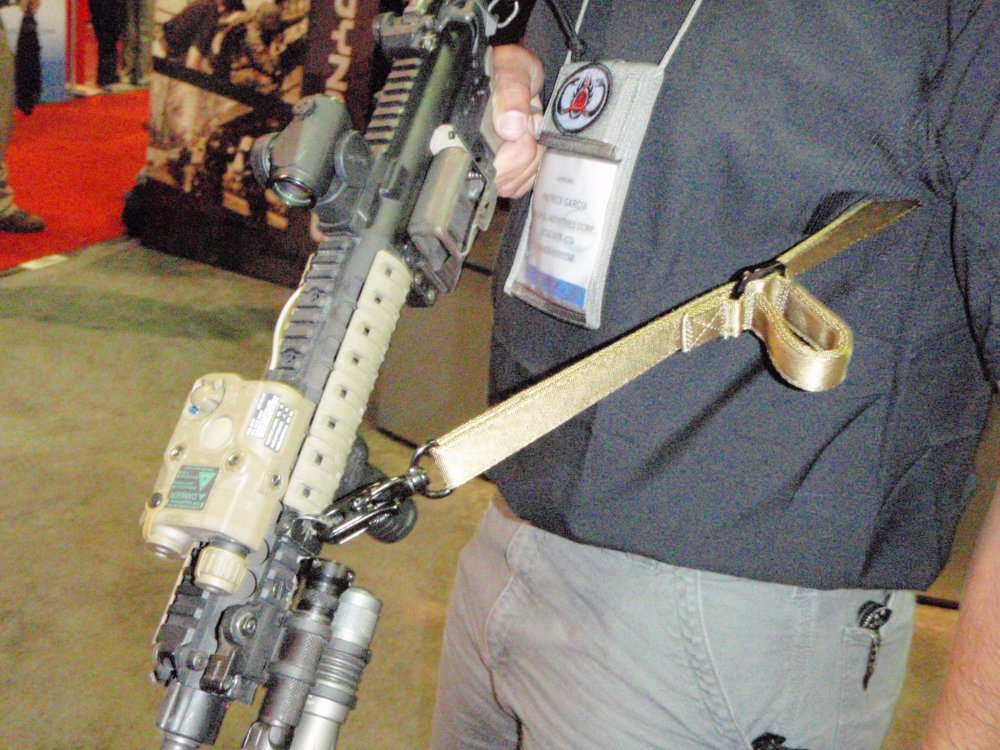 Author’s note: While we were at the MagPul Industries booth, we were shown a myriad of other new MagPul products, which we’ll be showing and discussing in future DefenseReview articles. So, stay tuned. 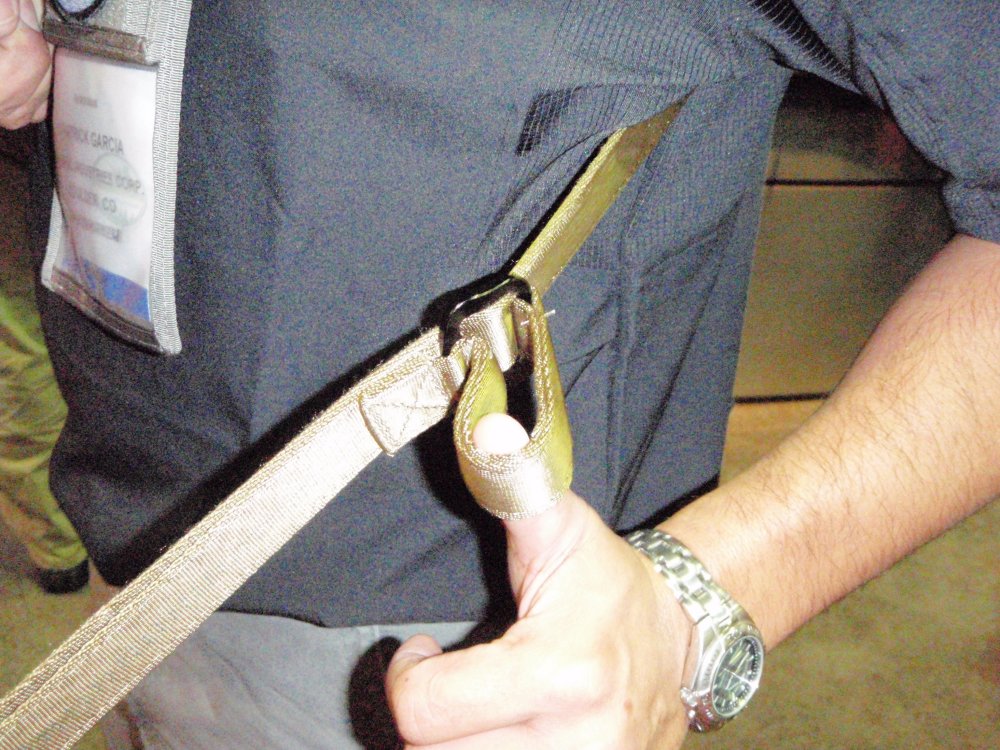 David Crane started publishing online in 2001. Since that time, governments, military organizations, Special Operators (i.e. professional trigger pullers), agencies, and civilian tactical shooters the world over have come to depend on Defense Review as the authoritative source of news and information on "the latest and greatest" in the field of military defense and tactical technology and hardware, including tactical firearms, ammunition, equipment, gear, and training.
Previous LMT MRP QCB Gas Piston/Op-Rod Carbines and SBRs in 5.56mm and 6.8mm
Next Gen 2 AIG Asymmetric Warrior ASW338LM .338 Lapua Magnum Modular Sniper Rifle