Click on digital photos of Knight’s Armament PDW (and 6mm ammo) below to view them full-size.

DefenseReview has received some photos of the KAC 6x35mm PDW (Personal Defene Weapon) demonstration samples and 6x35mm ammo that were taken at the National Defense Industrial Association (NDIA) Small Arms Symposium 2006. We’ve already taken the liberty of adding a couple of these photos to our first article on the KAC 6mm PDW, titled DefRev Exclusive: KAC Introduces 6mm PDW for Special Operations Applications. We would encourage our readers to take a look at that updated article.

Below are five (5) new photos of the KAC 6x35mm PDW. As you examine them, notice the seeming total lack of muzzle rise on the weapon as it’s fired on full auto, which can be seen in the first photo. An experienced shooter who fired the new weapon on the range told DefenseReview that… 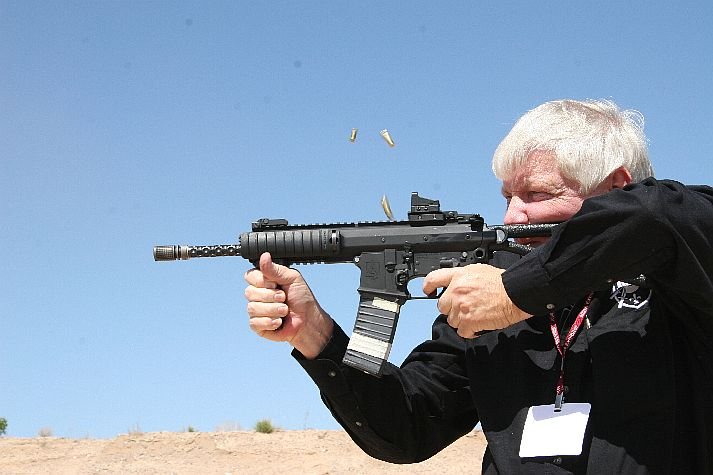 it felt like a "pellet gun". He went on to tell me that, based on his firing experience, he could believe KAC’s claims of 40% less recoil than a 5.56x45mm subcarbine/SBR with same length barrel (10") firing M855 ball ammo. He also raved about the weapon’s unique flash suppressor that he believed to be instrumental in attenuating/mitigating the weapon’s recoil impulse, due to what he believes is an innovative design.

A KAC official told DefenseReview that the the KAC CQB 6mm PDW (Personal Defense Weapon) operates via a dual-gas-piston system. This dual-gas-piston-driven system allows the recoil spring to be run directly up the middle of the receiver, between the two pistons on either side. We’ll try to get more specifics on the dual-gas-piston-driven system. The KAC official also told us that the 6mm PDW utilizes an "AK-style bolt", although we’re not sure whether he meant bolt or bolt carrier group, because we forgot to ask. We’ll get clarification on this point as soon as we can. 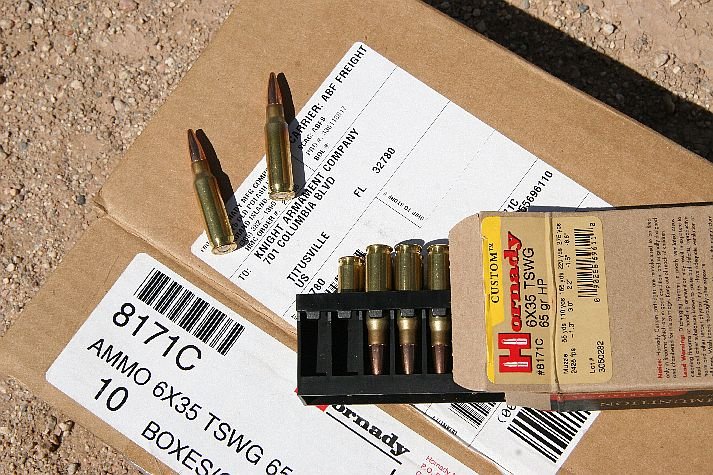 The tester with whom we spoke says that he witnessed approx. 500 rounds fired through the 10"-barreled test gun with no malfunctions. According to him, the shorter barreled test gun made it through several hundred rounds before running into some kind of trouble towards the end of the ammo supply that caused the weapon to experience stoppages (unconfirmed/unverified). DefenseReview does not yet have specs on the exact barrel length of this second gun, nor do we know exactly how many rounds it fired reliably before it reportedly began to malfunction. We think the barrel length on the shorter-barreled weapon is approx. 8 inches, but this is just conjecture on our part, at this point. We’ll update this article appropriately as new and more-solid information flows in.

Note: Mitary defense and small arms writer Stan Crist recently told Defense Review that he believes the KAC PDW’s 6x35mm cartridge to be copied from the SSK Industries 6 Whisper cartridge. While the two cartridges do look similar, and Mr. Crist is very knowledgable about small arms ammunition, Reed Knight III told DefenseReview that KAC started with the .221 Fireball cartridge. "We didn’t look at anyone else’s homework," Knight said. Talking agout J.D. Jones (SSK Industries), Knight had this to say, "When it comes to trying different calibers, different things, he’s done it all. I would take whatever he’s [J.D. Jones] done to the bank. He’s tried everything, done all kinds of stuff. When it comes to calibers, he probably knows more about ballistics, and velocities, and barrel lengths, and twists than anybody else out there. [If someone accused us of copying] someone else, I’d say ‘well, whatever’, but when you say ‘J.D. Jones’, he has a high level of credibility for whatever he does or anything he says, so it wouldn’t surprise me [if our cartridge were similar] to something he’s tried because he’s tried just about everything in the book. I have a really good relationship with him, and have a really high level of respect for him. A lot of his stuff has been appropriated by other people in the industry."

Stan Crist has written a number of print articles on the subject for various magazines, including Special Weapons for Military & Police.

DefenseReview will be publishing subsequent articles on other small arms systems that were displayed and demo’d at the NDIA Small Arms Symposium 2006. So, watch for those. 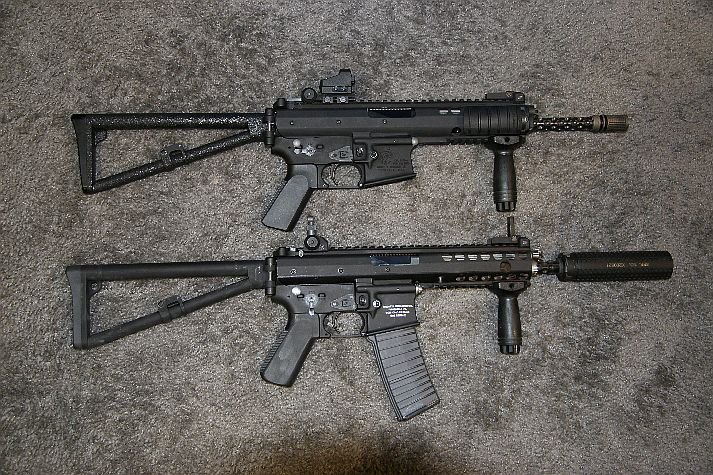 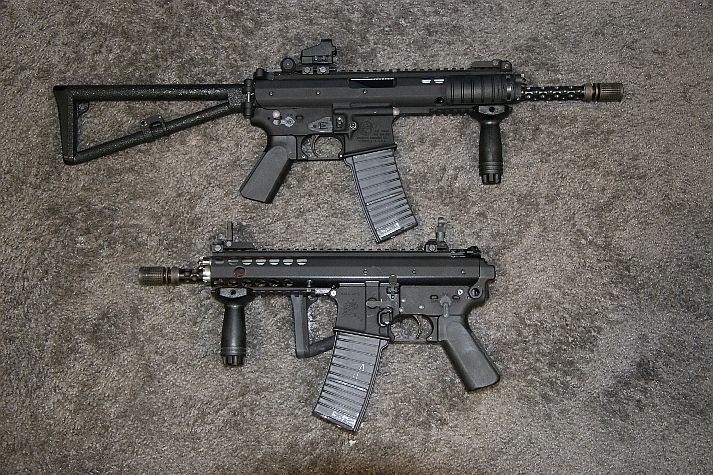 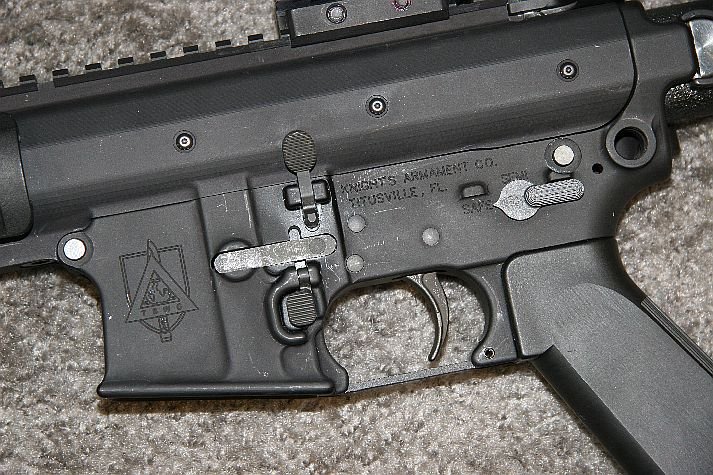 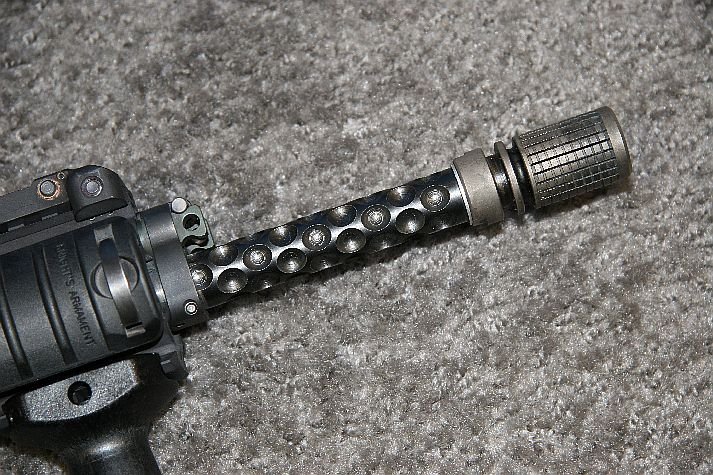 David Crane started publishing online in 2001. Since that time, governments, military organizations, Special Operators (i.e. professional trigger pullers), agencies, and civilian tactical shooters the world over have come to depend on Defense Review as the authoritative source of news and information on "the latest and greatest" in the field of military defense and tactical technology and hardware, including tactical firearms, ammunition, equipment, gear, and training.
Previous KAC 6x35mm PDW (Personal Defense Weapon) Fact Sheet / Spec Sheet
Next Auto Assault-12 Full-Auto Shotgun Gets Urban Camouflage Treatment (Pic)