All of the photos contained in this article were taken by Chen Lee a.k.a. "SMGLee" at the 2008 AUSA Annual Meeting and Exhibition, and he owns the copyright on these photos. Additional photos may be added to this article, later.

Speaking of IARs, General Dynamics Armament and Technical Products (GDATP) had there own Infantry Automatic Rifle (IAR) candidate on display at AUSA 2008 in the form of a Singapore Technologies Kinetics (ST Kinetics) Ultimax 100 Mark V (MK5) LMG/SAW, which is essentially an updated/upgraded and modified Ultimax 100 MK4 LMG/SAW (a.k.a. Ultimax 100 Mark IV LMG/SAW). It appears from the photos DefenseReview has acquired that the GDATP IAR/Ultimax 100 MK5 LMG/SAW’s rather unique-looking ambidextrous safety/selector switch features both semi-auto and full-auto settings, and M4/M4A1 Carbine/M16 Rifle-style 4179 STANAG mag well designed to accept 4179 STANAG (AR-15/M16-type) 30-round box magazines and 100-round Beta C-MAG double-drum mags, instead of the Ultimax’s proprietary 100-shot single-drum mag.

The GDATP IAR/ST Kinetics Ultimax 100 Mark V (a.k.a. Ultimax 100 MK5) LMG/SAW’s addition of a semi-auto setting is a definite plus, as it allows the Ultimax LMG/SAW to… 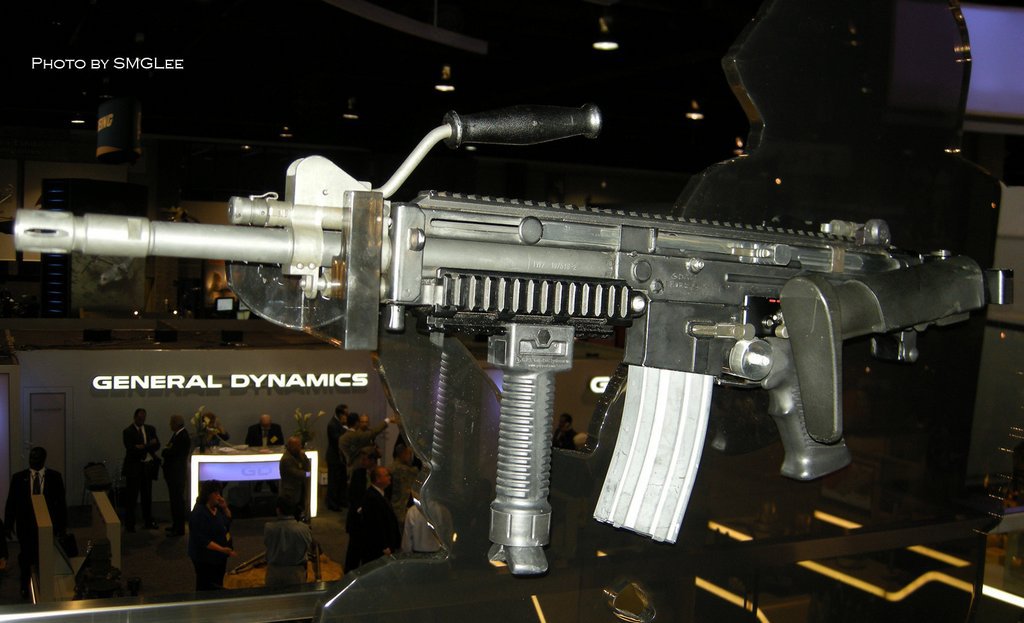 be employed in single-shot mode against individual targets. Defense Review is curious as to whether or not GDATP and/or ST Kinetics have re-engineered the weapon to fire open-bolt full-auto/closed-bolt semi-auto, to make semi-auto shots more accurate while simultaneously retaining the advantage of "Constant-Recoil", which requires open-bolt full-auto operation to work. Invented by the great Jim Sullivan a.k.a. L. James Sullivan in the late 1970’s, "Constant-Recoil" allows a lighter-weight gas-operated machine gun to outhit a heavier machine gun of the same caliber on full-auto (i.e. during full-auto fire) by spreading the recoil impulse out over time, thus attenuating/mitigating recoil mechanically instead of via the weapon’s receiver weight. "Constant-Recoil" therefore constitutes one of the most important discoveries/inventions in the history of infantry small arms design and development. It’s also what allows the 9-11-lb Ultimax 100 series light machine guns (LMGs) to outhit the M16 rifle series weapons (M16A1, M16A2, M16A3 and M16A4) by approximately an 8:1 ratio on full-auto in off-hand shooting, and by approximately a 2.5:1 ratio when engaging targets from from the bipod, accoring to testing conducted by the Singapore Army (Singapore Armed Forces). 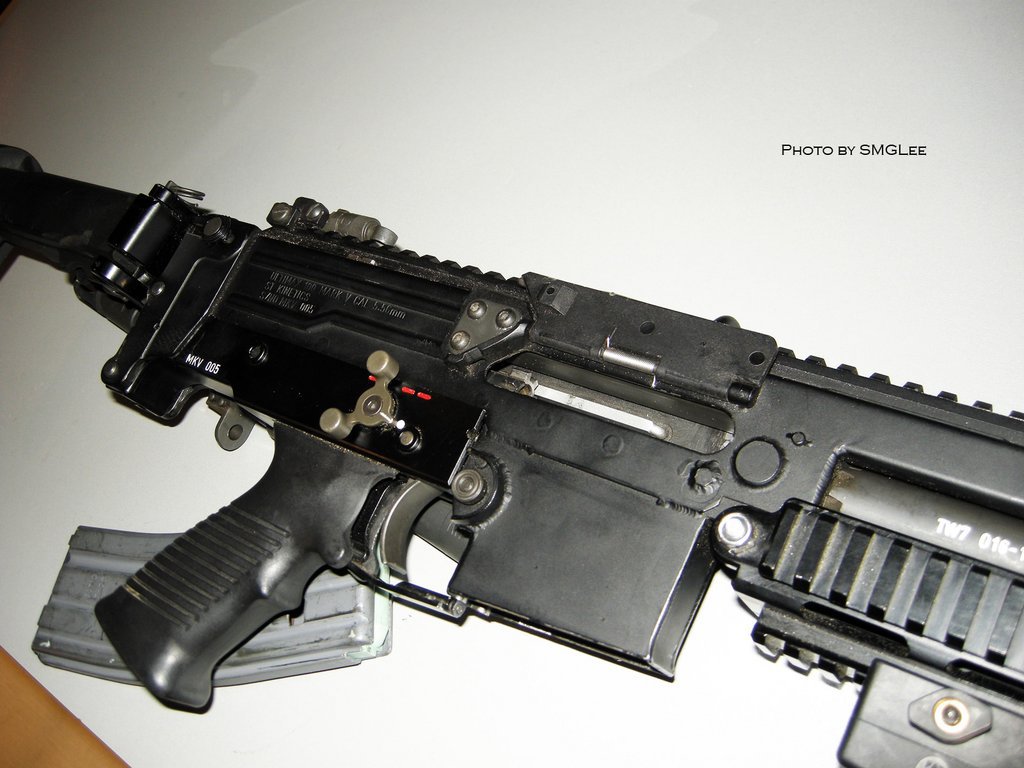 The only problem with modifying the Ultimax 100’s mag well to accept 4179 STANAG AR-15/M16 mags is that it will no longer accept the Ultimax’s proprietary 100-rnd drum mag, which is reportedly significantly more reliable than the Beta C-MAG double-drum mag. The Ultimax drum mag is more reliable because Beta Co. changed the technical data package (TDP) a long time ago on the C-MAG in the areas of center-magazine-tower/feed design and housing material(s) from Jim Sullivan’s original design specs/TDP. DefenseReview has been informed that Sullivan’s original C-MAG was reliable and didn’t require graphite powder lubrication (or any other type of lubrication).

It’s possible that GDATP and ST Kinetics have developed an adapter that will allow the Ultimax MKV/GDATP IAR to utilize the original Ultimax 100 LMG/SAW’s 100-shot drum mag. We don’t know, but we’ll look into it. 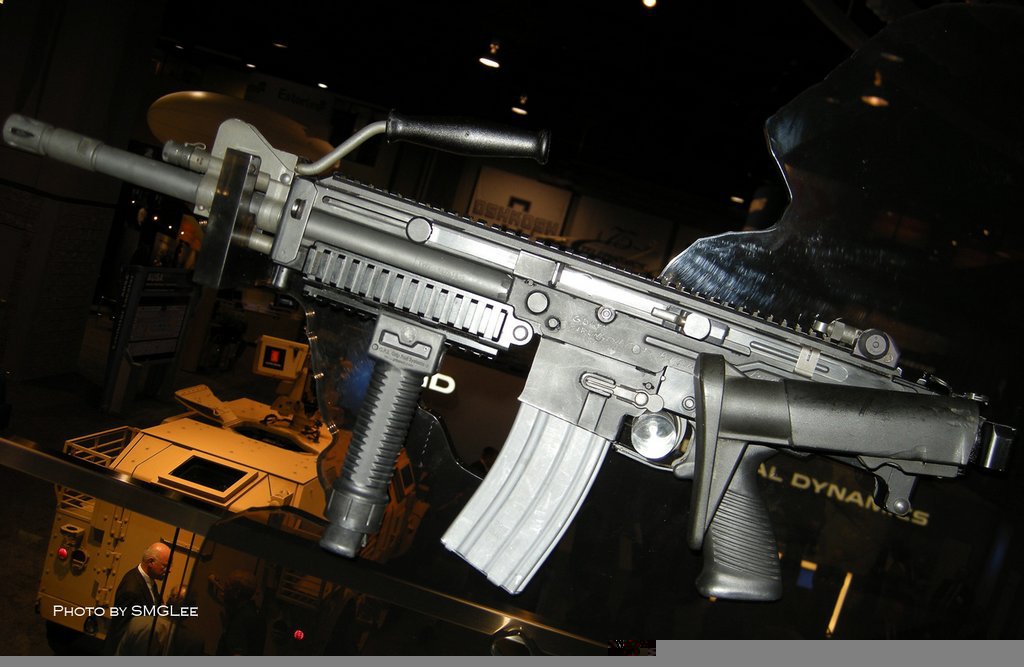 From the photos, it would appear that the ST Kinetics Ultimax 100 MK5 LMG/GDATP IAR offers a quick-change-barrel (QCB) system a la the Ultimax 100 MK3/4, as well as the MK4’s Mil-Std-1913 "Picatinny" quad rail system for mounting combat sights (a.k.a. combat optics a.k.a. optical sights), visible and IR lasers, tactical white lights, vertical forgrips, and front and rear flip-up/folding back-up iron sights (BUIS). The GDATP IAR/Ultimax MK5’s side-folding/telescoping/collapsible buttstock appears from the photos to be sturdy and rugged, but that’s conjecture at this point since DefenseReview hasn’t yet handled or fired the weapon.

DefenseReview is guessing the GDATP IAR’s dry/empty weight at approx. 10-11 lbs, but we’re not sure yet. Defense Review already has a call into GDATP to get more info on the GDATP IAR/ST Kinetics Ultimax 100 Mark V LMG/SAW, and we’ll update our readers accordingly. In the meantime, enjoy the photos. 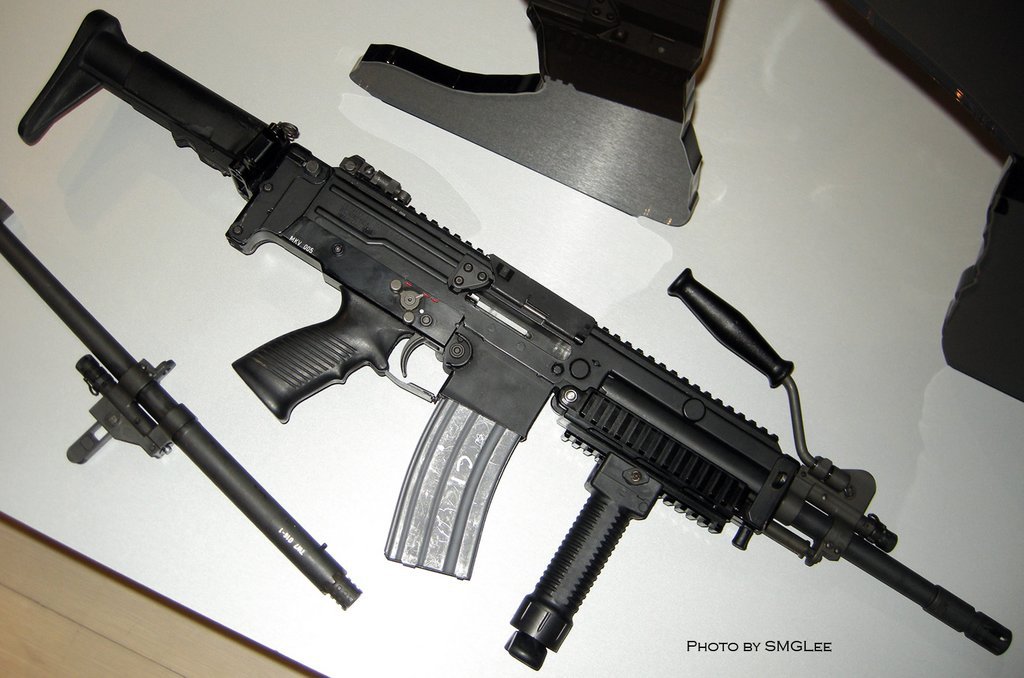 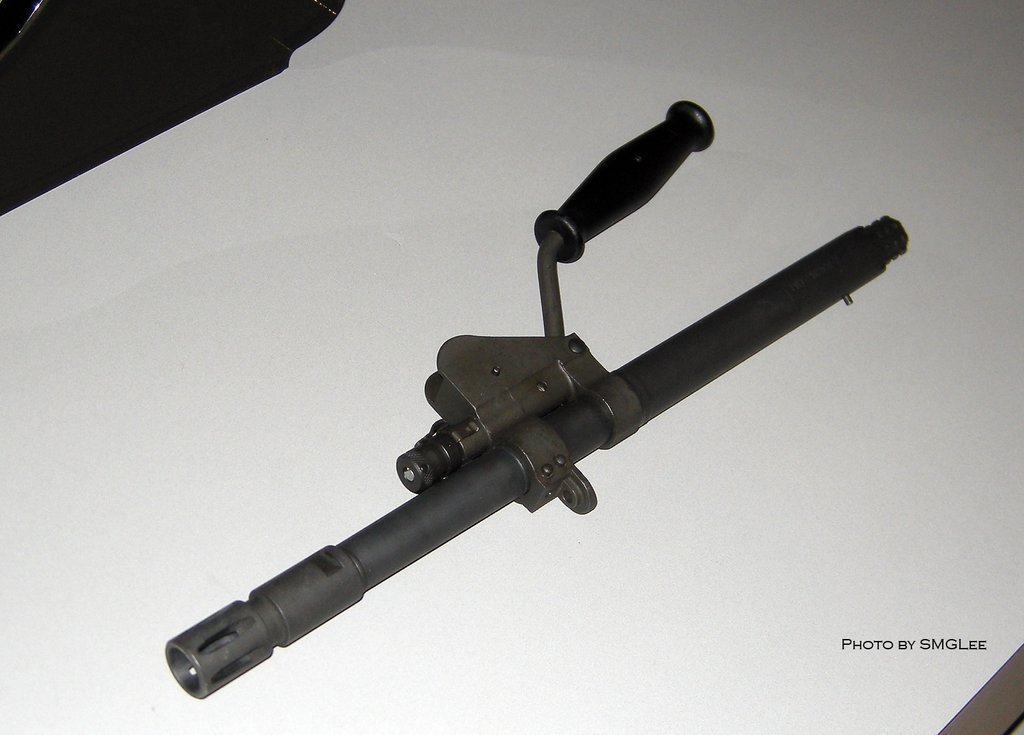