All photographic images contained in this article were taken by
DefenseReview.com, and they are the exclusive property of
DefenseReview.com. DefenseReview.com owns the copyright on these
photos. All photos were shot with a 7.2-megapixel Sony Cyber-shot
digital camera (Model #: DSC-P150).

The ASW338LM PSR bolt-action rifle immediately reminded us of the… 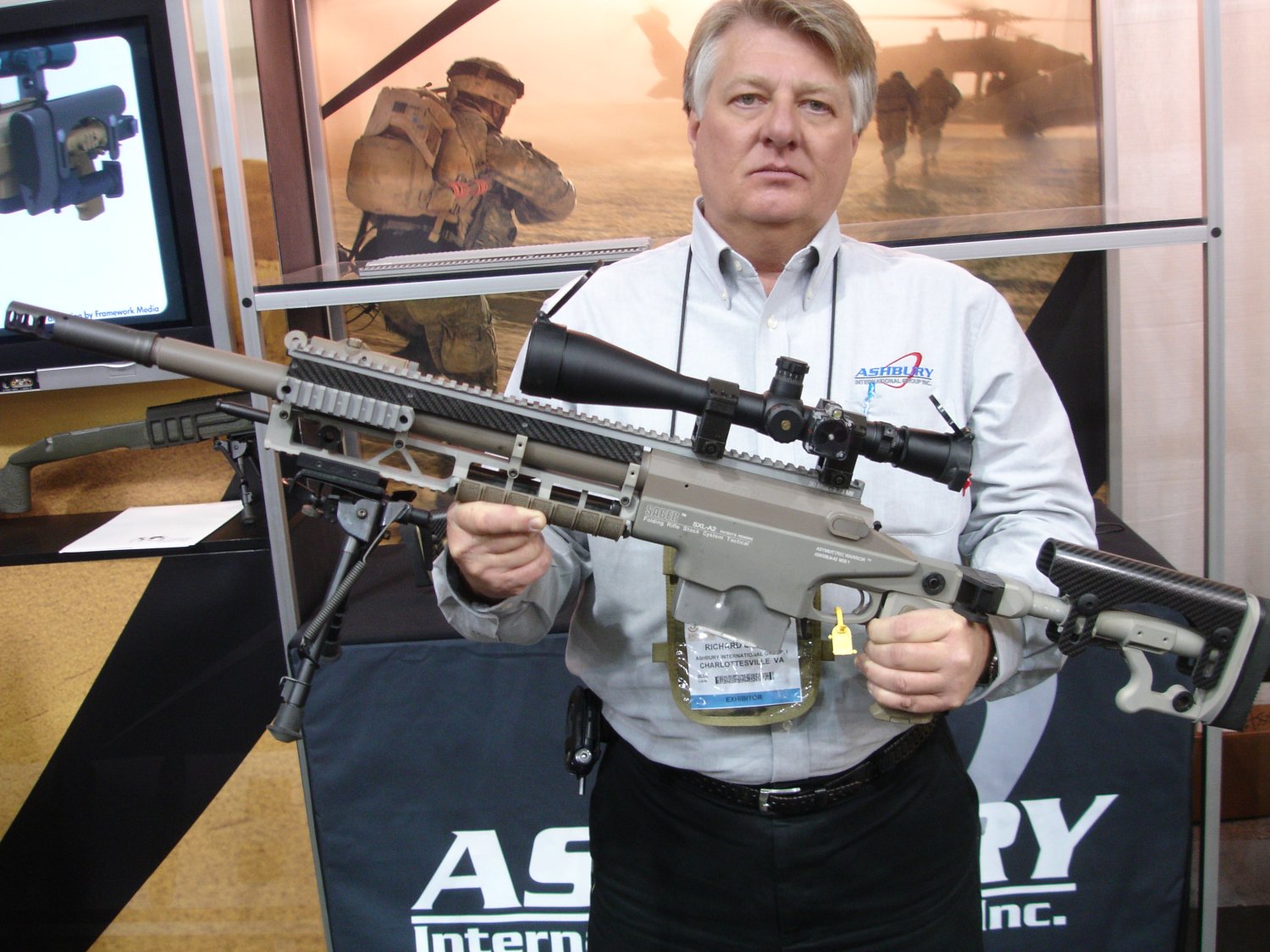 DefenseReview’s time at each company’s booth was very limited, so we didn’t get to spend as much time at the Ashbury booth as we would have liked, nor did we get to talk with the Ashbury representatives as much as we would have liked. However, Morris Peterson, Ashbury’s President & CEO, and Richard Hall, Ashbury’s Vice President of Business Development, were both very personable and enthusiastic, and assisted us as much as they could in the short time we were at the AIG booth.

While we were there, we picked up an interesting piece of literature on the Ashbury International Group Rapid Product Development Center (RPDC) (part of the Engineering Services Group) which can rapidly fabricate 3D (3-D) physical objects directly from CAD data sources using Solidworks and Pro-E CAD software. Basically, it’s a state-of-the-art rapid-prototyping facility. 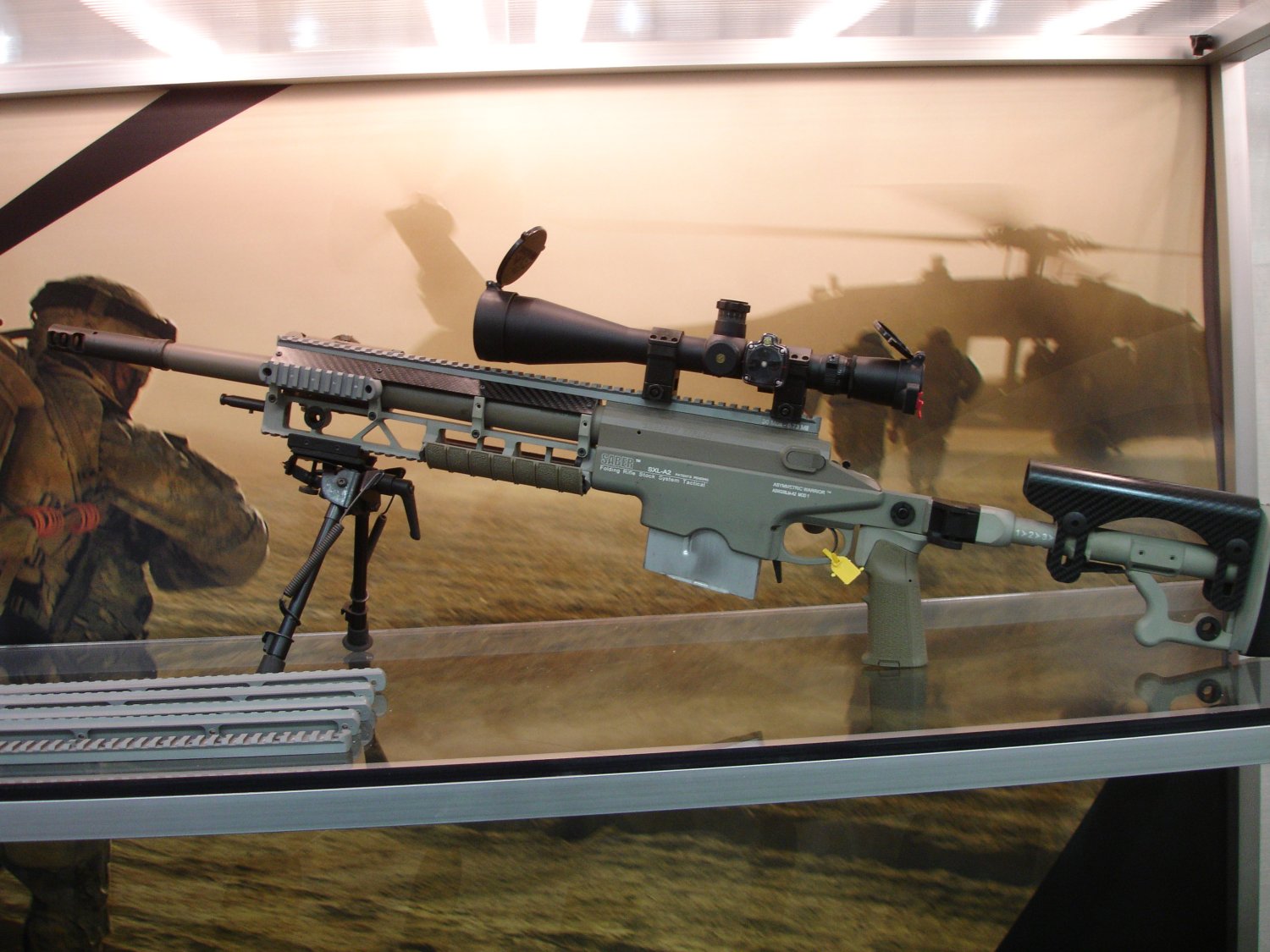 The Asymmetric Warrior ASW338LM MOD-1A2 PSR is bolt-action and features a 10-round detachable box magazine (CIP length). It is, according to the company, capable of sub-1MOA (i.e. sub-1 Minute-Of-Angle) accuracy with selected ammo. Chamber is hybrid CIP Spec .338LM. Barrel is 416 stainless steel 5R, has a "ballistically-engineered barrel contour", and is available in 20" or 27" lengths. The rifle incorporates an integrated heat/mirage shield and suppressor cover, and utilizes a Surefire muzzle brake and sound suppressor. The weapon’s trigger is a Remington X-Mark Pro adjustable trigger. Tactical Scope options are Leupold, Nightforce, or Schmidt & Bender. The weapon’s pistol grip is a MagPul MIAD Grip (MIssion ADaptable Grip).

Included in the package is a "field operations load out kit / deployment transit case for transporting the rifle, various accessories and ammo.

There are some upgrade options available to assist in fulfilling end-user and mission-specific requirements, including an ASW338LM Sniper Equipment Suite, Modular Universal Sniper Accessory System (MUSAS) and various user-configurable modifications. 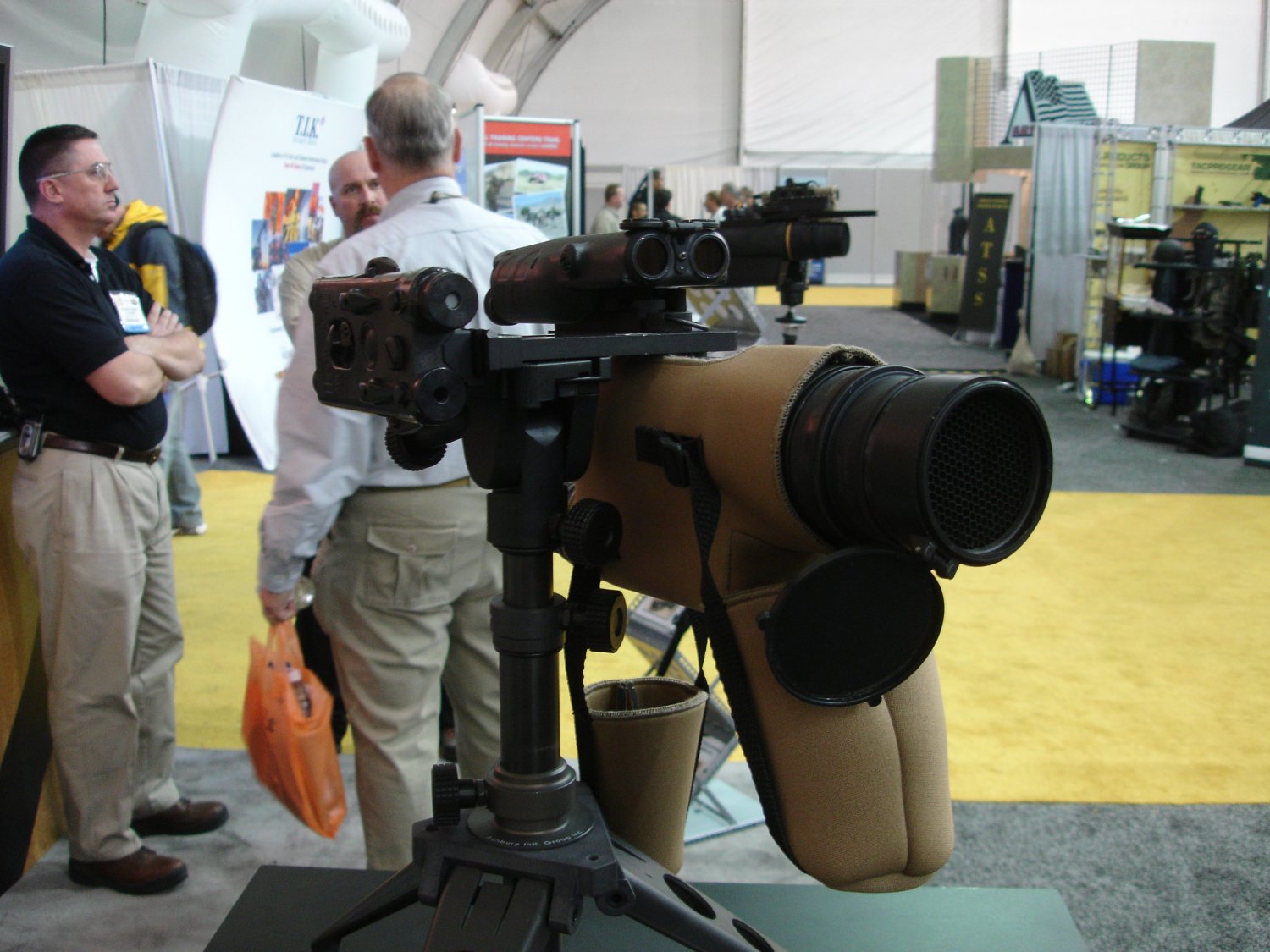 The Ashbury FRSST SABER-FORSST MSCS is designed to be highly ergonomic and constructed primarily from high-strength aerospace-grade aluminum alloy. It should be noted that the heatshield (a.k.a. heat shield) appears to be made from carbon fiber. The system features a precision bedding-less action interface, and accepts both 5-round and 10-round detachable box mags. The folding buttstock is available in both right and left-hand config, and is retractable/telescoping and fully adjustable. The standard forend railtube is a quad rail or "Quattro", but additional interchangeable forend rail tube designs are available.

Defense Review also got some literature on AIG’s ACTI Over-Garment Suite, which was designed and developed under the Advanced Camouflage Technology Initiative (ACTI) in order to provide military and law enforcement personnel with "environmentally specific camouflage patterns; scientifically, behaviorally, and geometrically designed to enhance visual deception [and, most likely, visual disruption] for personnel, shelters, weapons, equipment and tactical vehicles for particular geographic regions."

"The ACTI Over-Garment Suite is environmentally texture-matched for global Arid and Semi-Arid regions from low to high elevations. Loose Over-Garments (like military ‘Over-Whites’) help break up the human form, color, shape and shadow. They also provide the user with the flexibility to change camoufalge patterns for different operational areas. The ACTI Over Garment Suite is comprised of a specially-designed smock, bibbed over-pants and pack cover. The garment suite design is an integral part of the toatal concealment approach to modern camouflage.

ACTI is a systematic camouflage technology design for specific environments, terrain and elevations specifically to defeat human visual detection and recognition as there is no universal camouflage!"

David Crane started publishing online in 2001. Since that time, governments, military organizations, Special Operators (i.e. professional trigger pullers), agencies, and civilian tactical shooters the world over have come to depend on Defense Review as the authoritative source of news and information on "the latest and greatest" in the field of military defense and tactical technology and hardware, including tactical firearms, ammunition, equipment, gear, and training.
Previous KSEE 24 News Video Story on Attempted Sale of Dragon Skin Body Armor on eBay
Next GlockWORX Custom Glock 19 Pistol with Docter Sight Plus II Combat Optic