Click on the digital photos below to view them full-size. All photos accompanying this article are the property of DefenseReview.com.
Springfield Armory showed off its new M1A SOCOM II carbine (or SOCOM II M1A carbine) with Cluster Rail System at SHOT Show 2005. The SOCOM II M1A carbine is basically just the SOCOM 16 carbine with a 4-sided (or "quad-rail") Mil-Std-1913 rail system/forend rail tube attached. If there’s another difference between the two products, DefRev isn’t aware of it, yet. The SOCOM II carbine DefenseReview photographed and handled featured an urban tiger-stripe camo pattern. Pictures are below.
The Springfield Armory M1A SOCOM II carbine’s purpose is CQB (Close Quarters Battle) and short-to-medium-range interdiction where 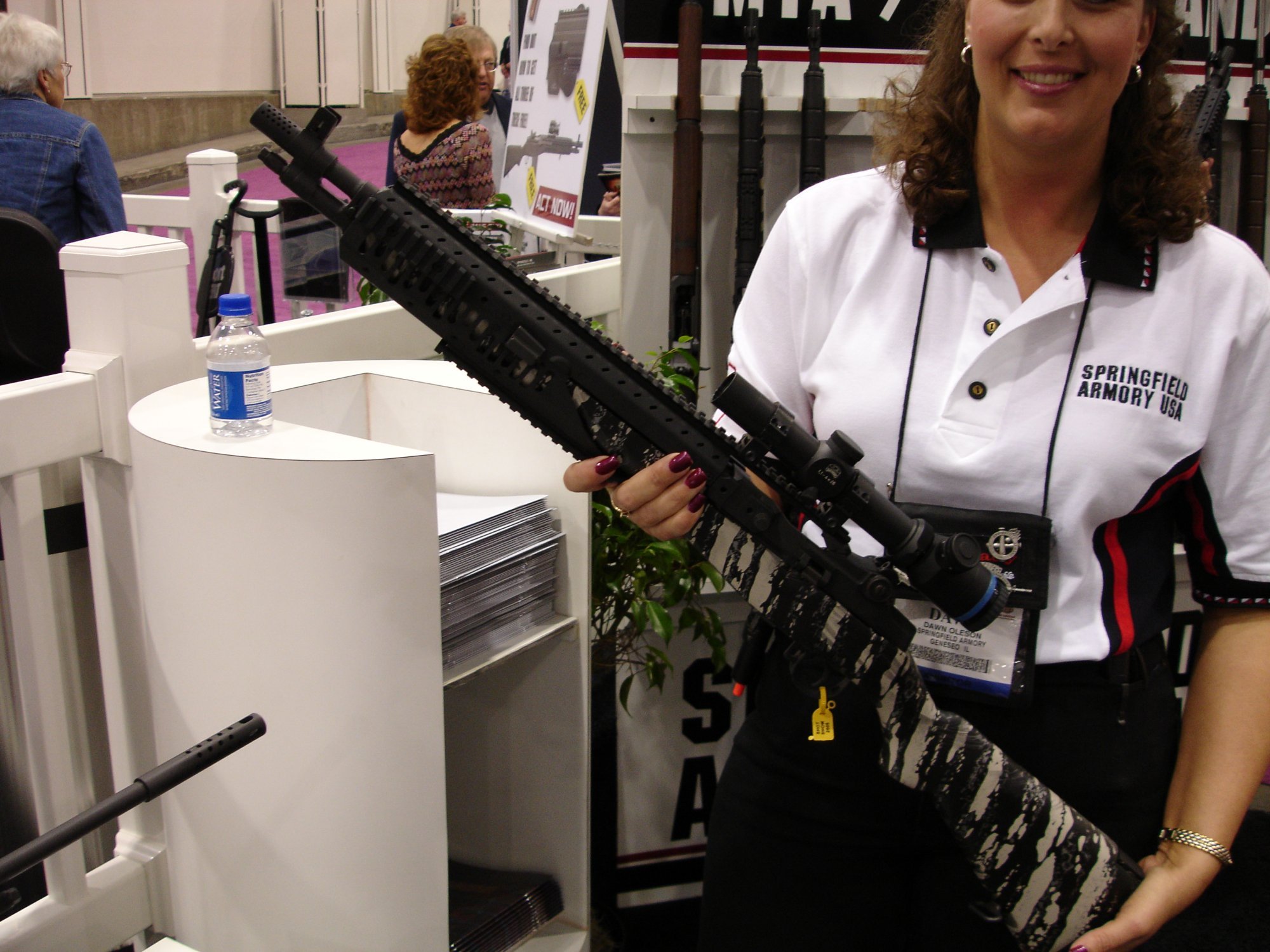 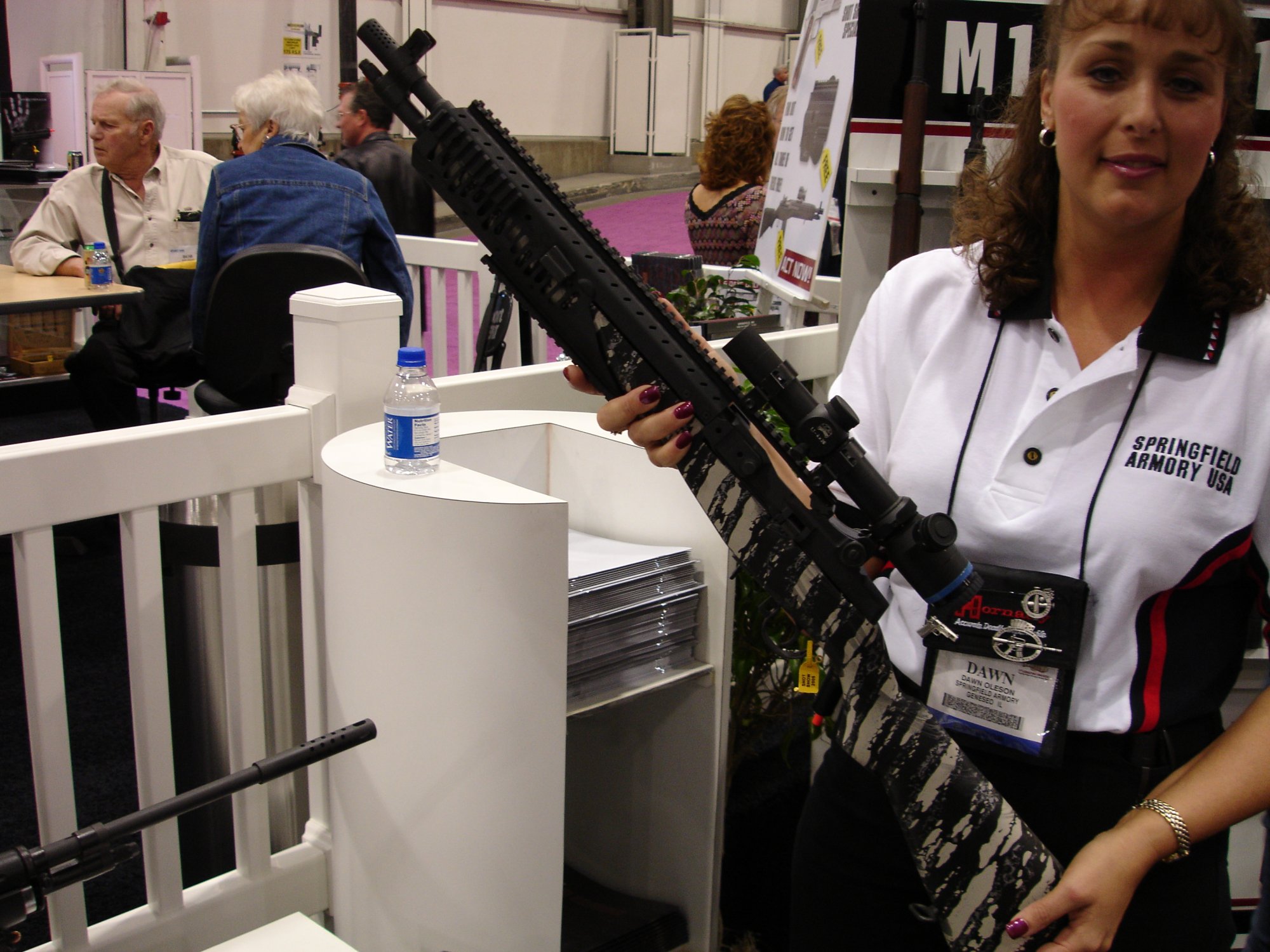 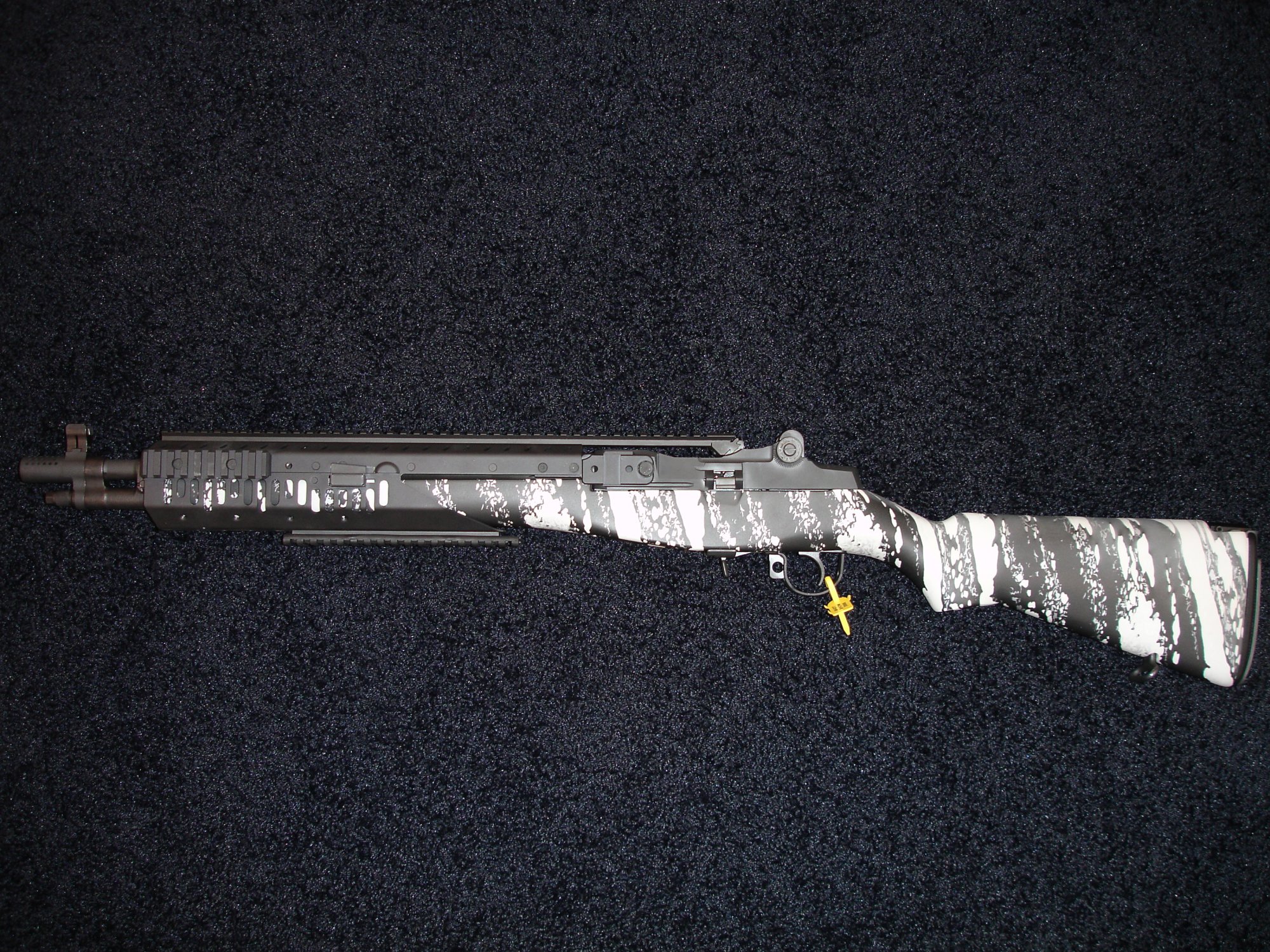 David Crane started publishing online in 2001. Since that time, governments, military organizations, Special Operators (i.e. professional trigger pullers), agencies, and civilian tactical shooters the world over have come to depend on Defense Review as the authoritative source of news and information on "the latest and greatest" in the field of military defense and tactical technology and hardware, including tactical firearms, ammunition, equipment, gear, and training.
Previous New High-Tech Sensor-Laiden Smart Carpet May Revolutionize Building Security
Next Valhalla Training Center: Tactical Shooting School Meets 5-Star Hotel/Resort