Mr. Fortier’s article is the first one DefenseReview is aware of on the DSA Z4-GTC, which, we must say, looks interesting. In addition to the piston, the weapon also utilizes a… 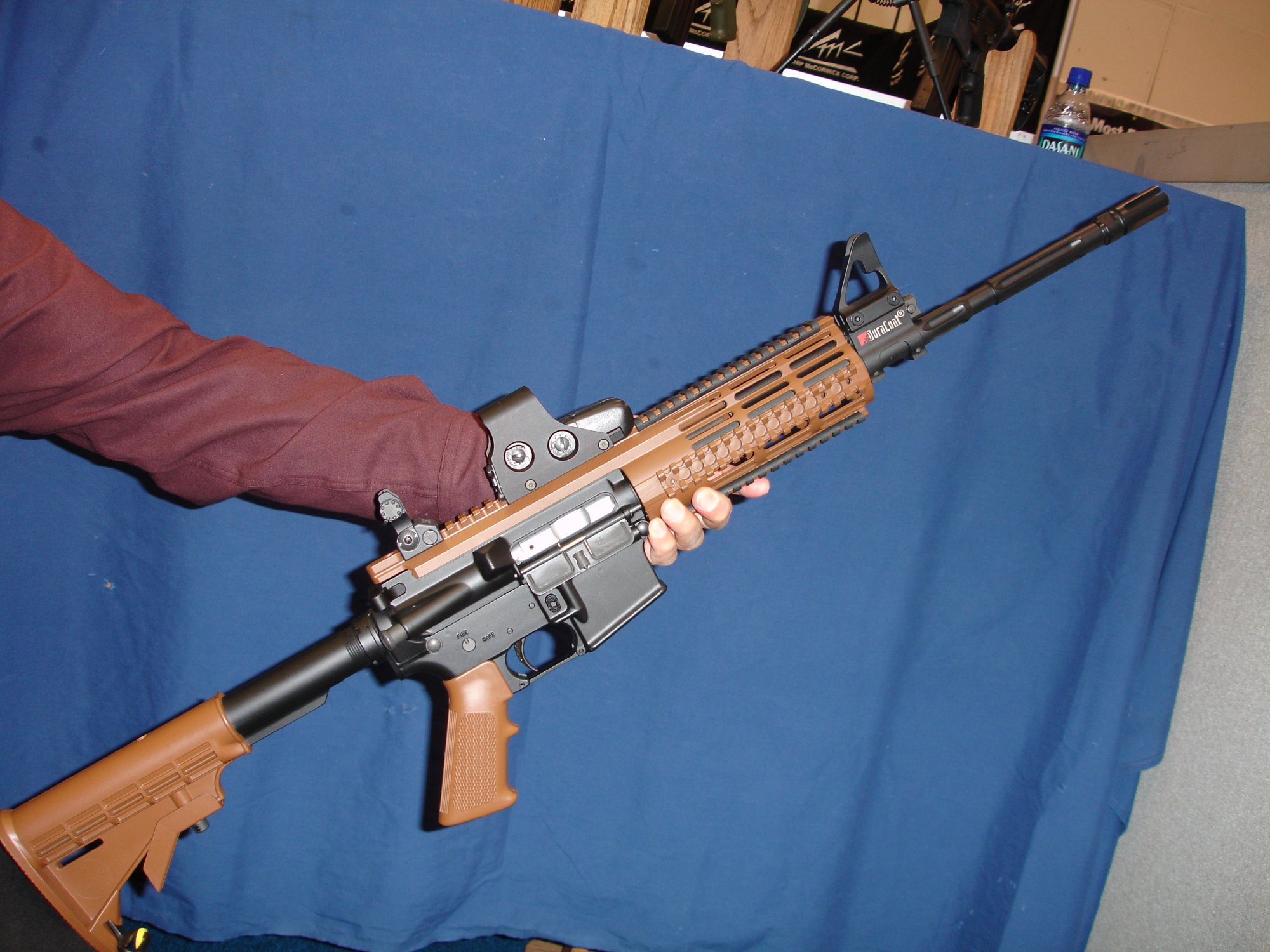 Fortier reports "respectable" accuracy and "excellent" reliability for the DSA Z4-GTC with various types of 5.56mm ammo, from 50-77 grains. One of the rounds he put through the weapon is the superlative Black Hills MK262 Mod 1 77-grain Sierra OTM (Open-Tip Match), which DefenseReview has mentioned in previous articles. Fortier was impressed with the MK262 Mod 1’s 2751 fps muzzle velocity out of a 16" barrel, as well as the muzzle velocity of the Hornady 62gr and 75gr TAP rounds.

Fortier also liked the Troy Industries flip-up rear back-up iron sight (BUIS), which is considered by some very knowledgable people to be the best flip-up rear sight on the market, currently.

DefenseReview does not yet have pictures of the Z4-GTC, however we’ll post some as soon as we do.

David Crane started publishing online in 2001. Since that time, governments, military organizations, Special Operators (i.e. professional trigger pullers), agencies, and civilian tactical shooters the world over have come to depend on Defense Review as the authoritative source of news and information on "the latest and greatest" in the field of military defense and tactical technology and hardware, including tactical firearms, ammunition, equipment, gear, and training.
Previous Hissatsu Knife for Military, Private Military Company (PMC), & SWAT Operators
Next Night-Ops Gladius Tactical Illumination Tool/Weapons Light for Fighting at Night