Gunfighting: The Teuller Drill and Its Applications 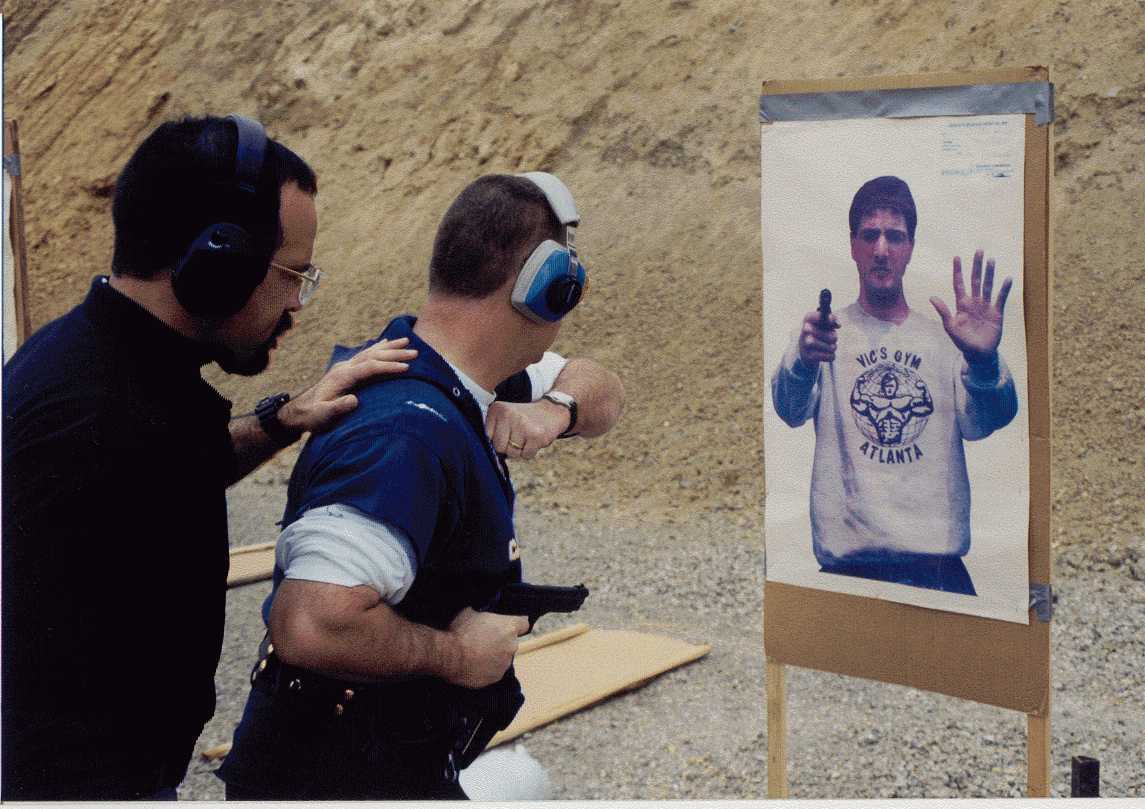 The Teuller Drill and Its Applications

The Teuller Drill and Its Applications

In the early eighties, a young police officer named Dennis Teuller wrote an article for Chuck Taylor’s SWAT Magazine titled "How close is too close?". In the ground breaking article, Officer Teuller compared the time frames in which an adequately trained officer could draw and fire an accurate shot, and the time frame in which an able-bodied man armed with a contact weapon could cross a seven yard distance. The time was remarkably similar – 1.5 seconds for each.

The distance of seven yards was chosen, incidentally, because this was the ‘average’ distance between combatants in an urban gunfight. Of special note is the word ‘average’. The stats came from the FBI’s Uniform Crime Report. In this report, over 85% of those confrontations under 7 yards were more like 5 to 10 feet – well within the 21 feet in Teuller’s test.

In any case, Teuller determined that, in the best case, the attacker would connect just as the first shot broke. Those of us who’ve been in combat know that a Tie in such a situation is no different from losing.

Teuller suggested maintaining a distance greater than 7 yards. To his credit, the study was intended for questionable individuals of potential threat and not for the every day contact of those labeled as ‘low-key’ or ‘unknown risk’. Keeping your distance from a likely threat is a fine idea and God knows how many lives Teuller saved with his study.

The main problem is that while the concept of ‘keeping your distance’ is a tactically sound one, it is difficult to apply in every day, unknown risk situations. Who can, for example, write out an F.I. from 7 yards away?

Practicality demands getting a lot closer. Proximity creates its own problems, however. As you close in, your reaction time increases because everything can happen faster. Keeping in mind that 85% of these events occur at 5 to 10 feet, it is likely that if all one has to fall back to is to draw and shoot, the adversary will kill you before your hand ever touches your pistol.

Solutions? Increase your adversary’s reaction time by changing his perception of things when things start to happen. In simple terms, Grasshopper, you’d better move out of the way. Lateral movement will increase your chances of evading his attack as you launch your own attack on him. But that is not all. As things get close, the integration of hand to hand combat and shooting becomes very important.

Body to body contact requires moving laterally while blocking, redirecting, or striking the adversary. While all this is going on, you would also be drawing to a retention position and shooting from there. The only viable solution in this interval requires this integration of force.

As distance is increased from arm’s length to a couple of steps beyond (10 to 15 feet) the need to actually touch your opponent with your hands may be limited, but it must remain as a viable option, in addition to moving laterally. Even at extended distances (anything beyond 7 yards) you should move, either aggressing the threat, moving to cover, or into a better defensive position. Very rarely will it be desirable to just stand still.

To really get the feel of how this works, forget about using a timer to move within 1.5 seconds or anything like that. Time is only relevant to the speed of your opponent. Ideally, you would be able to use Simmunitions, but there may be liability issues. That stuff is also quite expensive. A good training alternative, if you can manage to stay serious about it, is to use your kid’s water pistol.

Here is the set up. Draw out a large man-sized ‘X’ on the deck and stand on top of it. Get comfortable moving, with speed and balance, toward each direction of the leg of the ‘X’ (2:00 – 4:00 – 8:00 – 10:00). Next, place an adversary with a simulated contact weapon in front of you at an appropriate distance. I would suggest starting out at 10 feet and decreasing the distance as your speed and ability increases. Holster your water blaster and stand by.

The adversary initiates the action by attacking. Your job is to react, moving and evading, blocking or redirecting his attack as needed, while bringing out your little plastic water gun and, well, hosing him down with it. Stop the action immediately and evaluate. Did you get hit? Did he? Were you able to move in time? This is what reactive CQB is all about.

The Teuller Drill is an excellent beginning into the study of intervals and reaction time. But it is only a beginning, and a presentation of a concept. It is up to each operator to test himself at the more likely closer intervals well within Teuller’s 21 feet. Start thinking, moving, integrating, and evolving. When you are presented with the once-in-a-lifetime moment of truth, you will realize that it was definitely time well-spent.

About the author:
Gabe Suarez is a retired police officer with 15 years experience. He is a medal of Valor winner and is the author of six widely acclaimed textbooks on Tactical Applications. Currently, he conducts training on topics such as that discussed in the article through Suarez International, Inc. To host a training course contact him at SuarezInternational.com, or at his office 805-582-2499.

Gunfighting: The Teuller Drill and Its Applications by David Crane

David Crane started publishing online in 2001. Since that time, governments, military organizations, Special Operators (i.e. professional trigger pullers), agencies, and civilian tactical shooters the world over have come to depend on Defense Review as the authoritative source of news and information on "the latest and greatest" in the field of military defense and tactical technology and hardware, including tactical firearms, ammunition, equipment, gear, and training.
Previous A Geneology of Shooting Schools and Instructors in the United States: Part One
Next Integrated Force