While we’re on the subject of JLTVs (Joint Light Tactical Vehicles) and vehicle prototype mock-ups at AUSA Winter Symposium and Exhibition 2007, we should perhaps also mention the two "conceptual designs and mockups" that Oshkosh Truck Corporation (OTC) Defense division had on display at their booth.

Unlike the GDLS Advanced Ground Mobility Vehicle (a.k.a. GDLS AGMV) tech demonstrator (an actual full-scale demonstration vehicle that you can sit in–and we did), the Oshkosh Defense JLTV prototype mockups/concepts don’t appear to utilize wheel hubs, so the tires appear to be more exposed. Other than that, one of the designs (2nd photo down, i.e. middle photo) appears to be somewhat similar in look to the AGMV. 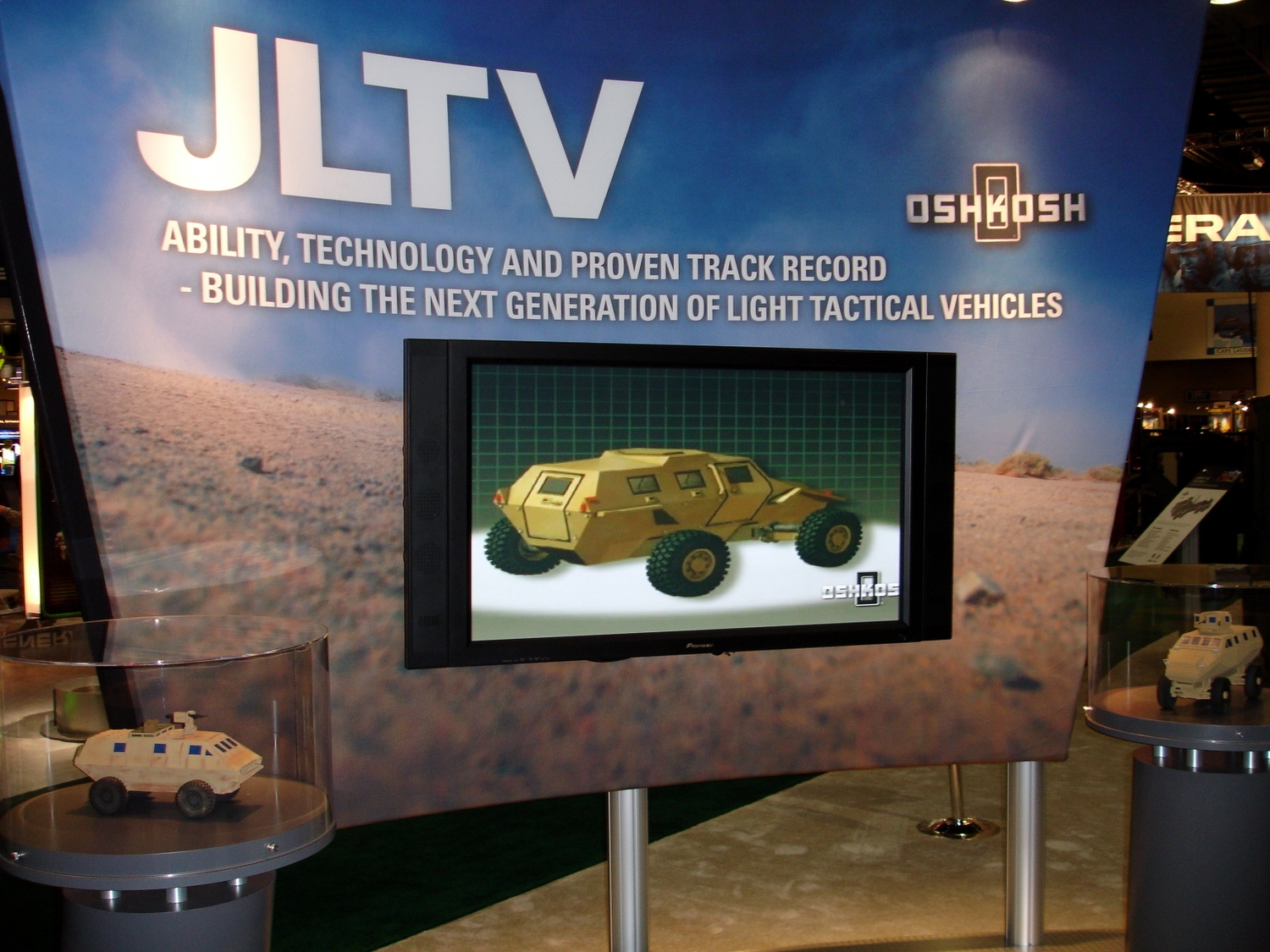 However, that’s where the similarities end, because, basically, by the looks of it, all Oshkosh has, at the moment, is an ad
and a couple of models–at least that’s all they’re showing. In other words, it looks like
they have to play a little catch up with GDLS in the Joint Light
Tactical Vehicle arena.

That’s about all DefenseReview can say at the moment about Oshkosh Truck Corp’s JLTV concepts, because, frankly, that’s all we know about them, right now. We don’t even know if they’ve got actual full-scale functional prototypes, yet. If they did, it would have perhaps been prudent to show them off at the show, just like General Dynamics Land Systems (GDLS) did with the AGMV. 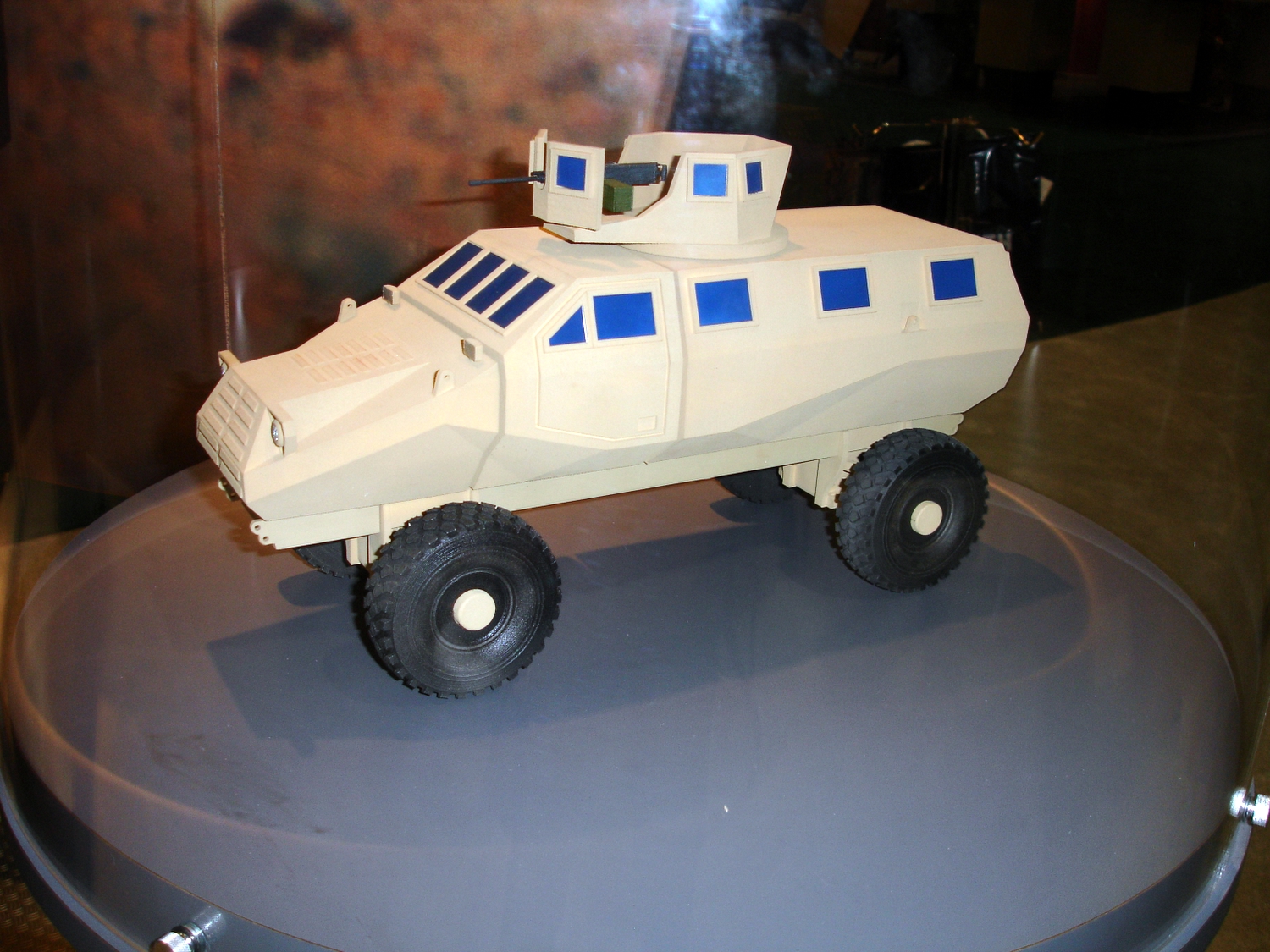 That said, they’re still Oshkosh Truck Corp., a major supplier of tactical and support trucks systems (including armored trucks), to the U.S. military, including the MTVR, Bushmaster, MTT, HEMTT, HEMTT-A3, PLS, LVSR, HET, and TFTT tactical and support trucks). The HEMMT, PLS, and PLS trailer all fall under the Family of Heavy Tactical Vehicles (FHTV), for which Oshkosh recently won an $878 million ($878M) U.S. military contract. Oshkosh is obviously a big player with a lot of large U.S. military contracts underneath them.

Anyway, when we know more, you’ll know more. In the meantime, we hope you enjoy the photos (shot at the Oshkosh Defense booth). 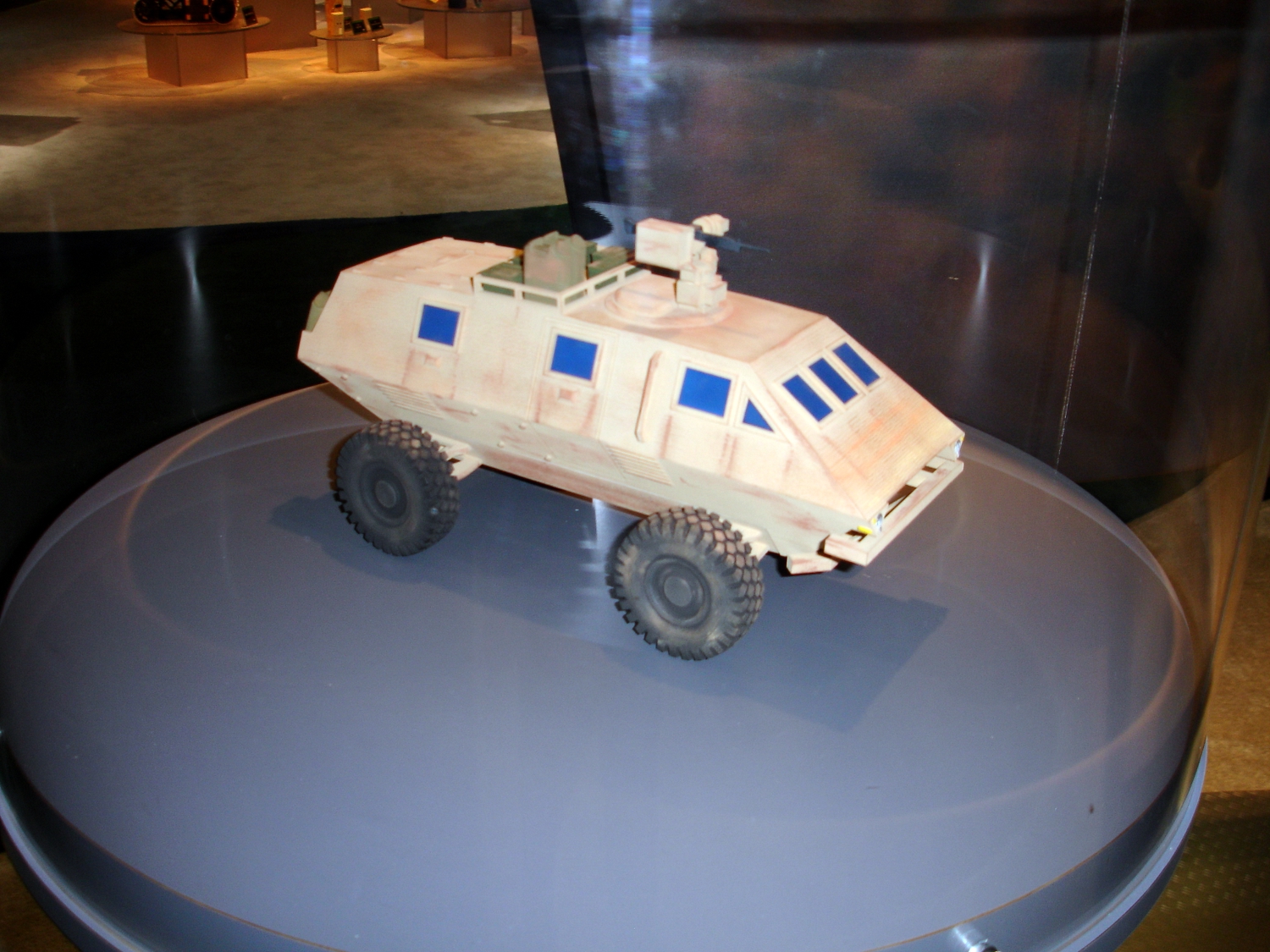 David Crane started publishing online in 2001. Since that time, governments, military organizations, Special Operators (i.e. professional trigger pullers), agencies, and civilian tactical shooters the world over have come to depend on Defense Review as the authoritative source of news and information on "the latest and greatest" in the field of military defense and tactical technology and hardware, including tactical firearms, ammunition, equipment, gear, and training.
Previous Amphibious Combat Vehicles: James Bond Tech for U.S. Military Special Operations
Next Fundamental Tactics – It’s About Time!