Back in November, 2005, DefenseReview published a press release on the Cougar Joint Explosive Ordnance Rapid Response Vehicle (JERRV) and Buffalo Mine Clearance Vehicle made by Force Protection, Inc. (a.k.a. Force Protection Industries, Inc.). We’ve been hearing good things about the performance of these armored vehicles in the Sandbox (theater of operations), and recently spoke with Force Protection VP Mike Aldrich about them. Two of the vehicle design features we discussed on the phone were V-hull and diamond-shaped crew compartment utilized by both vehicles. We’re going to publish a more in-depth article on the Buffalo and Cougar armored vehicles based on our interview with Mr. Aldrich as soon as we can. In the meantime, we have some photos of a Cougar vehicle that survived a mine blast during an operation in Iraq. Mr. Aldrich was kind enough to send us a sanitized testimonial letter from one of the three EOD (Explosive Ordnance Disposal) specialists that were in the vehicle. All three men survived.
The following is the information we received (letter and photos from the field)… 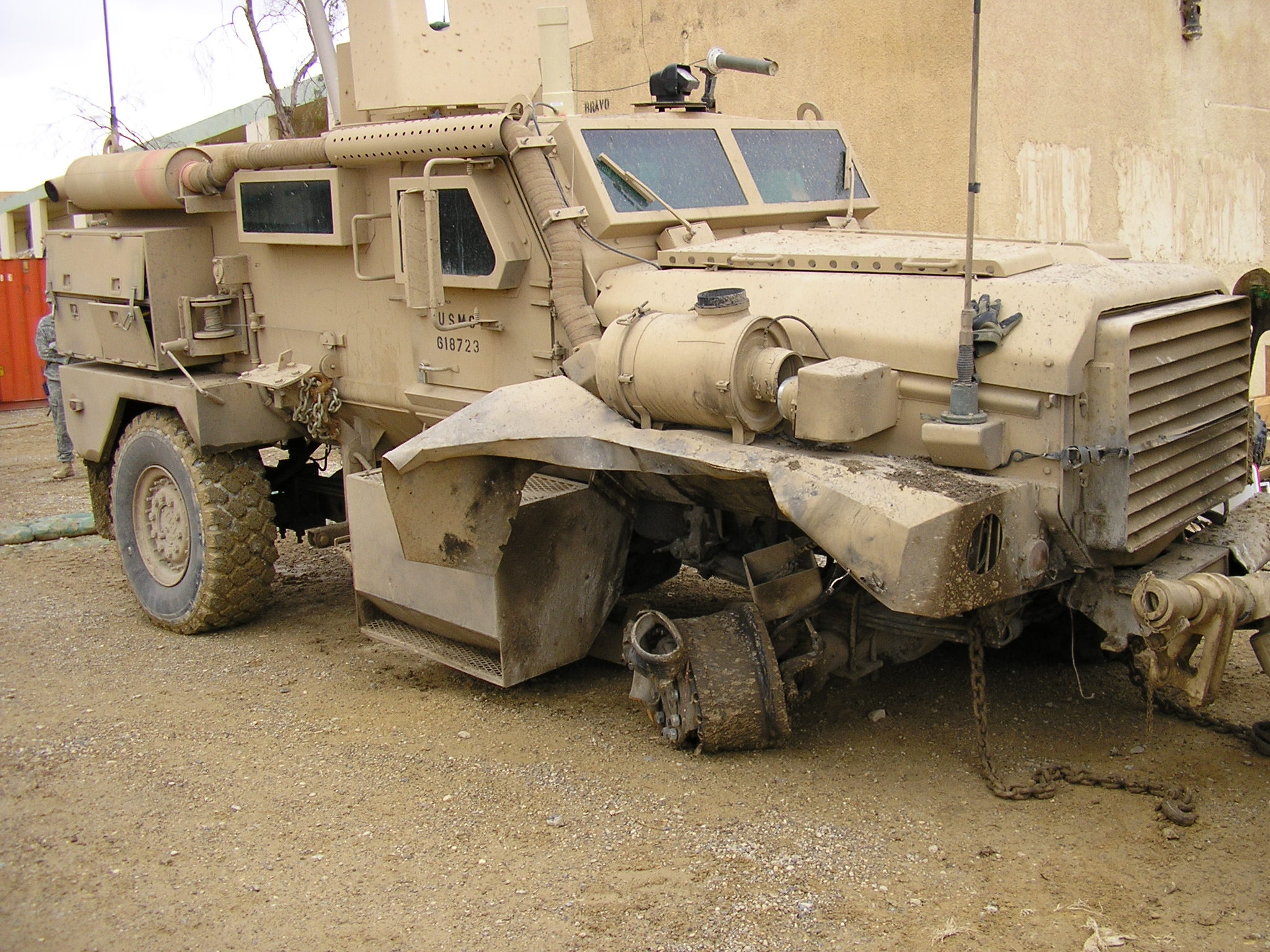 "Just wanted to write a quick note to all of you at your company to thank you for the hard work you put into the Cougar vehicle. We are stationed in [omitted] Iraq and about 2 weeks ago our JERRV/Cougar ran over [deleted] mine coming back from a call downtown. It had been raining that night and the mines were placed in a hole filled with water. Right after the explosion, the Cougar was driven for two miles on the three remaining tires at speeds in excess of 20 mph so that we could make it to a safe area.

Once we got to the safe area we were able to survey the damage and everyone was amazed how far the vehicle had driven. The three of us inside were all okay other than slight concussions and a headache that lasted a few days. We know that if we had been in another type of vehicle that the outcome would have been much worse. We were also able to get a replacement Cougar within 24 hours. Thank you for everything and keep up the good work."
Sgt Chris Clair, USMC
EOD Team
Somewhere in Iraq
April 2006
You can contact Force Protection, Inc. (a.k.a. Force Protection Industries, Inc.) by phone at 843-740-7015, by fax at 843-740-1973, or by email at [email protected].
Additional Photos: 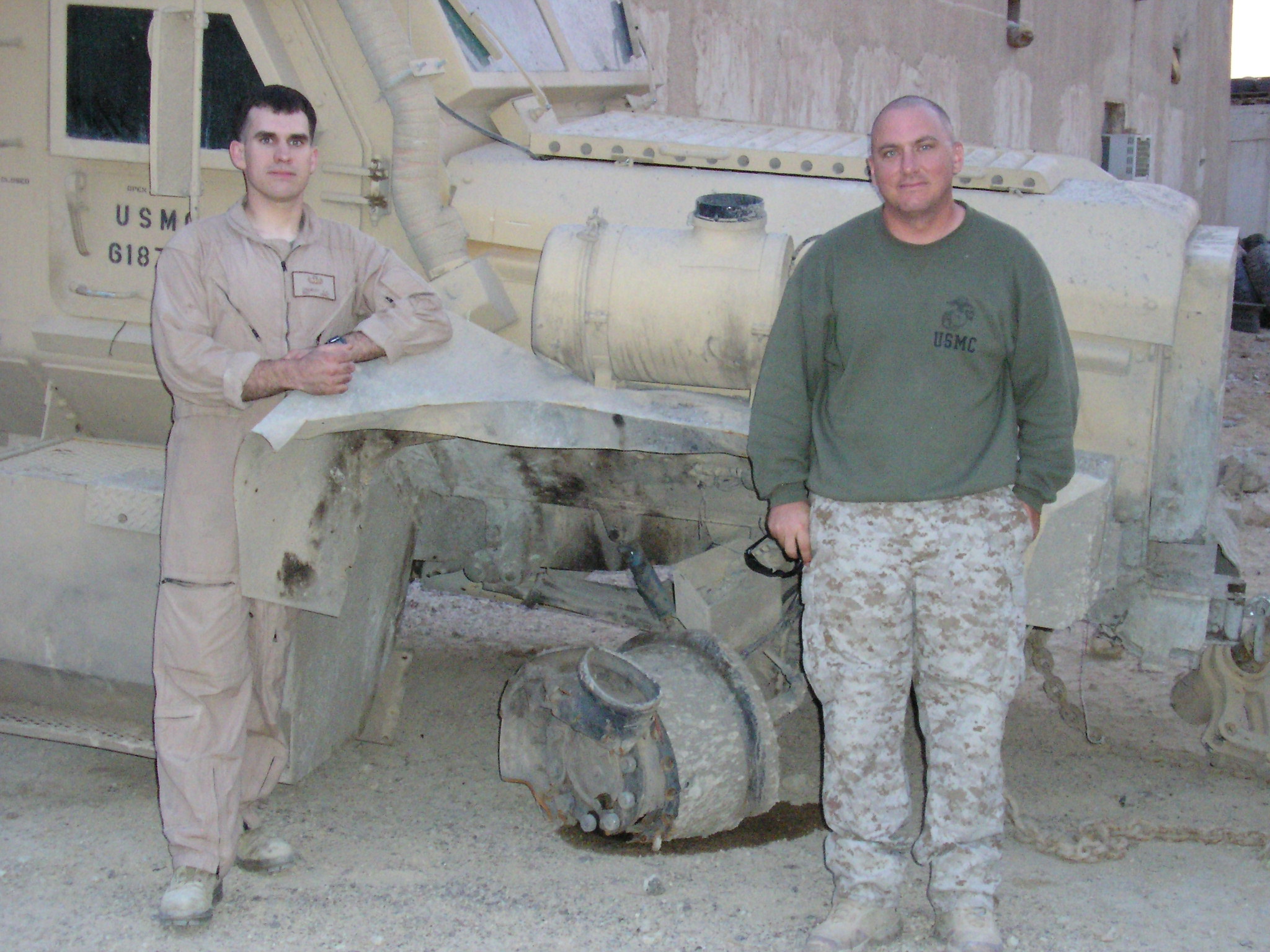 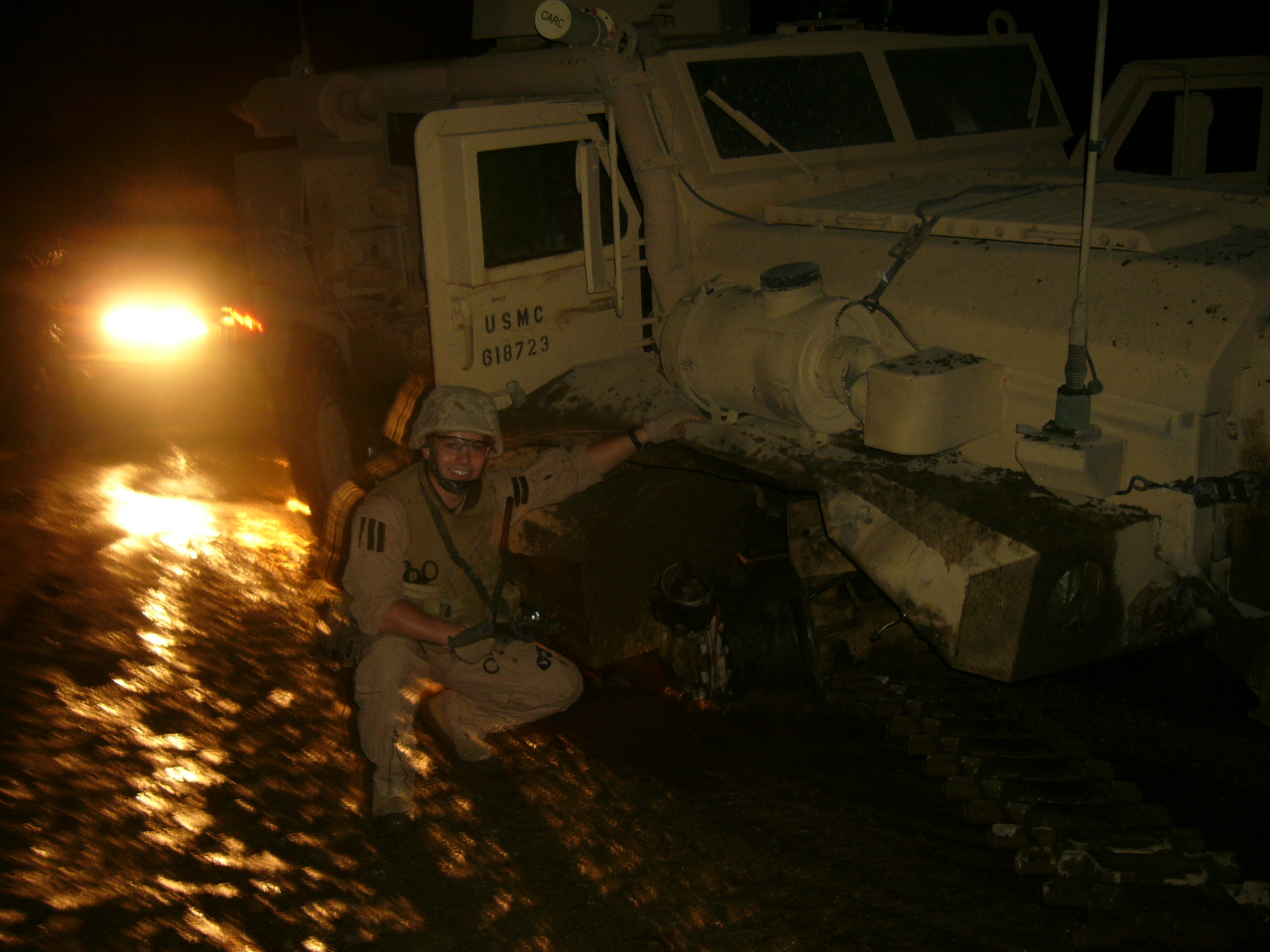 David Crane started publishing online in 2001. Since that time, governments, military organizations, Special Operators (i.e. professional trigger pullers), agencies, and civilian tactical shooters the world over have come to depend on Defense Review as the authoritative source of news and information on "the latest and greatest" in the field of military defense and tactical technology and hardware, including tactical firearms, ammunition, equipment, gear, and training.
Previous Dealing with Multiple Terrorists: 21st Century AT/CT Doctrine
Next Dr. Sydney Vail’s Report on LeMas BMT Ammo (Live Animal Tests)